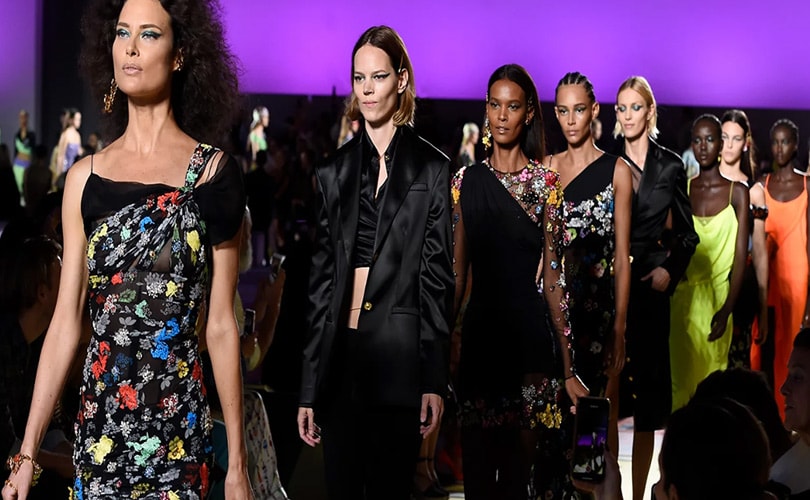 New York. - Michael Kors’ acquisition of Versace and the posterior corporate overhaul to launch Capri Holdings has shacked the luxury world as we understood it until today. This new luxury fashion conglomerate is the first for the U.S., in a world where France, Italy, and Switzerland have traditionally led.

Michael Kors has sealed the acquisition of Italian brand Versace for 2.1 billion dollars, adding it to its multi-brand portfolio and renaming the newly created group as Capri Holdings. But more importantly, by acquiring Versace, the American fashion retailer is building its own fashion conglomerate, now entering the major league and competing with French conglomerate LVMH (EPA: MC).

“Michael Kors is looking at the long-run with this investment,” affirms financial publication ‘Seeking Alpha’. Market sources asked by FashionUnited highlighted that this deal strengthens Michael Kors’ position in the global luxury market. As John D. Idol, chief executive of Michael Kors, put it in the official announcement release, this is a “milestone.”

With Versace and Jimmy Choo (purchased in 2017) under his belt, Kors, who will rename his company Capri Holdings Limited upon completion of the sale, is already wreaking havoc in the existing power structure that has dominated luxury fashion since the 1990s. The question now is whether the American designer and his chief executive and chairman John Idol can succeed where their other countrymen have failed and create America's first luxury group.

"Michael Kors is building what is virtually unknown: an American backed luxury parent company. Provided it works, it places him in a league apart from his rivals such as Ralph Lauren," fashion historian Bronwyn Cosgrave said in a phone interview with the ‘New York Times’. "He will not only be the figurehead behind his own name brand but could become known for revitalizing a legendary European brand, which no American designer has accomplished, "concluded Cosgrave.

Why this time is different

Michael Kors isn't the first American to try to create a homegrown version of the conglomerates that dominate European luxury, recalls the CNN.

Several have tried, including Liz Claiborne who purchased American mid-market brands Juicy Couture, Lucky Brand jeans and Kate Spade in 2012. Most recently Tapestry has tried something similar by bringing together brands like Coach, Kate Spade and Stuart Weitzman under the same roof.

However, Michael Kors is more focused on global names rather than just American brands.