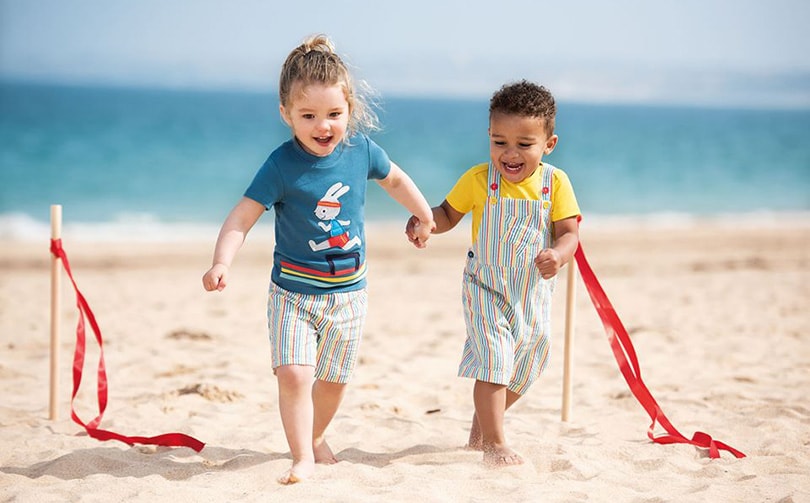 Fashion retailers and brands, including Celtic and Co, Seraphine, Frugi, David Nieper, Avenue51, and Merci Maman, have been named as recipients of this year’s Queen’s Award for Enterprise.

Ethical children’s clothing brand Frugi has been awarded two Queen’s Awards for Enterprise for Sustainable Development and International Trade. It is one of only four companies to achieve a double award this year.

Based in Helston, Cornwall, Frugi known for designing and manufacturing organic and ethically made clothes for children and mums has been recognised for increasing its overseas earnings by 159 percent in the last six years, as exports to 72 international markets including Germany, Italy, Austria, Switzerland and the US, and international sales now represent 41 percent of its total sales.

This is the second time that Frugi has won the Queen’s Award for International Trade. It first won the award back in 2014. However, it marks the first time it has been awarded the Queen's Award for Enterprise in Sustainable Development, highlighting the brand’s “clear sustainable leadership” and innovation in areas such as packaging and stakeholder engagement. Currently, 85 percent of its clothes are manufactured from Global Organic Textile Standards certified organic cotton and outerwear is made from recycled post-consumer plastic.

On social media, Frugi celebrated the news, stating: “We are absolutely delighted and so proud to announce that we have been awarded not one, but two, Queen’s Awards for Enterprise! Hurrah!

"The Queen’s Awards for Enterprise are the most prestigious awards for UK businesses, recognising and encouraging outstanding achievements. Excitingly we’ve been recognised with awards for both Sustainable Development and International Trade and are one of only four companies to achieve a double Award this year!

“We wanted to say a huge thank you to the whole Frugi Family for your ongoing support - our fantastic staff, our amazing suppliers. We couldn’t be more pleased and prouder to have been recognised for our continuous efforts in sustainability, as we continue our mission to show the clothing industry that you can run a successful business whilst being sustainable and ethical.”

Cornish sustainable brand Celtic and Co. were awarded their second Queen’s Award for International Trade in three years for “outstanding short term growth in overseas sales”, highlighting the brand’s success and “sustained growth” as a direct-to-consumer retailer of premium womenswear, menswear and homewares.

The company, which has just entered its 30th year of trading is now the UK's leading manufacturer and supplier of sheepskin products, and over the last three years overseas earnings increased year-on-year from just over 1 million pounds to just over 2 million pounds, a rise in total of 94.6 percent and now account for over 25 percent of total sales.

Co-founders of Celtic and Co Nick Whitworth said in a statement: “All of us at Celtic and Co are so immensely proud of this achievement and I thank everybody involved in this team effort. To receive a second Queen’s Award has to be one of our most memorable achievements and is a real credit to all of our hardworking staff who should all feel justifiably proud.

“A Queen's award is one of the most prestigious business awards in Great Britain and could only be achieved not just by all of us here at Celtic and Co, but also because of all the contributions from our suppliers and of course all of our customers.” 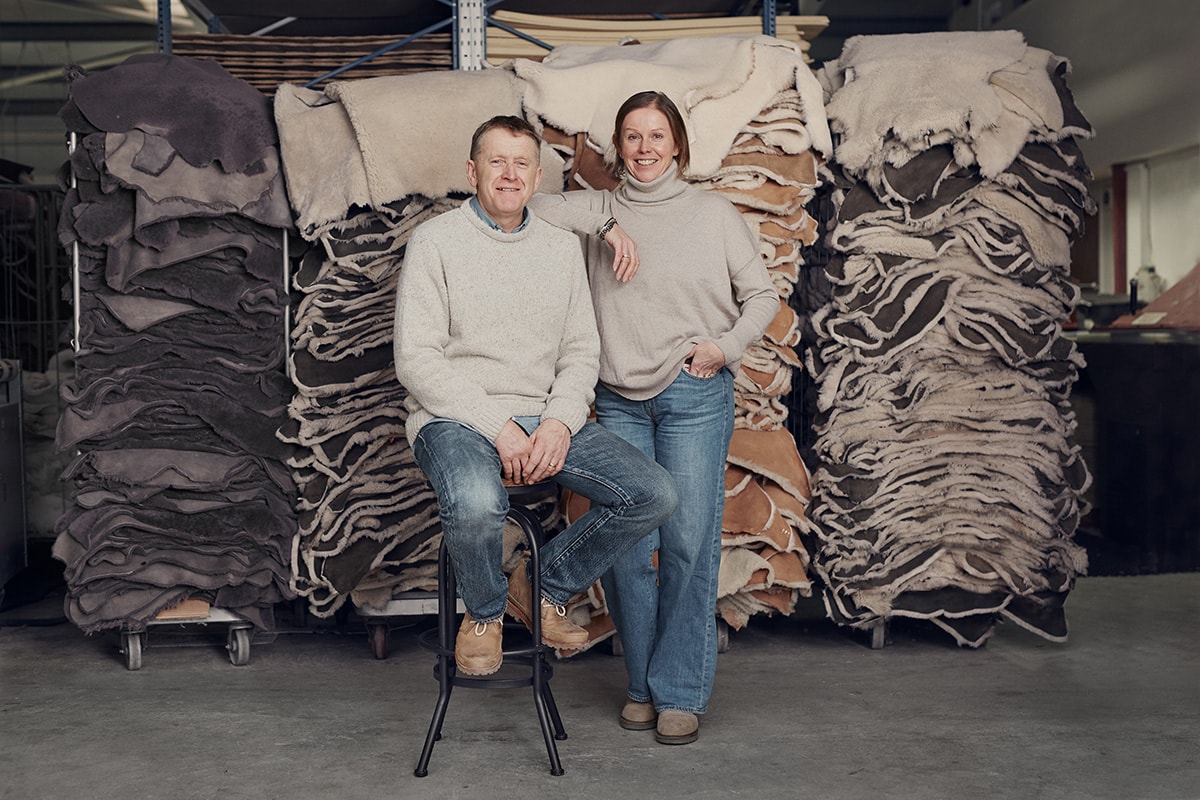 Maternity fashion retailer Seraphine, based in London, also received the Queen’s Award for Enterprise for International Trade 2020, the same prize back it won back in 2015. The brand designs, manufactures, and retails fashionable maternity nursing clothes and accessories and is the largest independent maternity clothes company in Europe and its overseas sales have grown year-on-year over six years from 5 million pounds to 14.6 million pounds. The company sells via its website to 60 countries worldwide, as well as having stores in the USA, France, Hong Kong, Dubai and India, and its overseas sales account for over 60 percent of total sales.

Personalised jewellery brand Merci Maman were also honoured with a second Queen’s Award for Enterprise in the International Trade category, after demonstrated steep year-on-year growth in overseas sales rising by 118 percent overall, selling in France, Germany and the United States.

The Franco-British brand, founded in 2007 in London by Béatrice and Arnaud de Montille on their kitchen table, now employs a team of 40 with 3 offices in London, Paris and Berlin. The business has grown on the back of “customer loyalty, product innovation and a strong company culture,” explained the awards, as well as its strategy, is to be innovative in developing markets via their website, through marketing campaigns and growing the number of overseas offices to be closer to the customer.

Commenting on the honour, Merci Maman co-founder Arnaud de Montille said: “We are so honoured to receive this award and to be recognised by The Queen for our International Trade strategy. I feel so proud and humbled to have had this support and I look forward to the Royal reception this summer.

“We are thrilled to receive this recognition for a second time for our consistent growth. In these troubled times of coronavirus, our messages of togetherness and strong team spirits are paramount.” 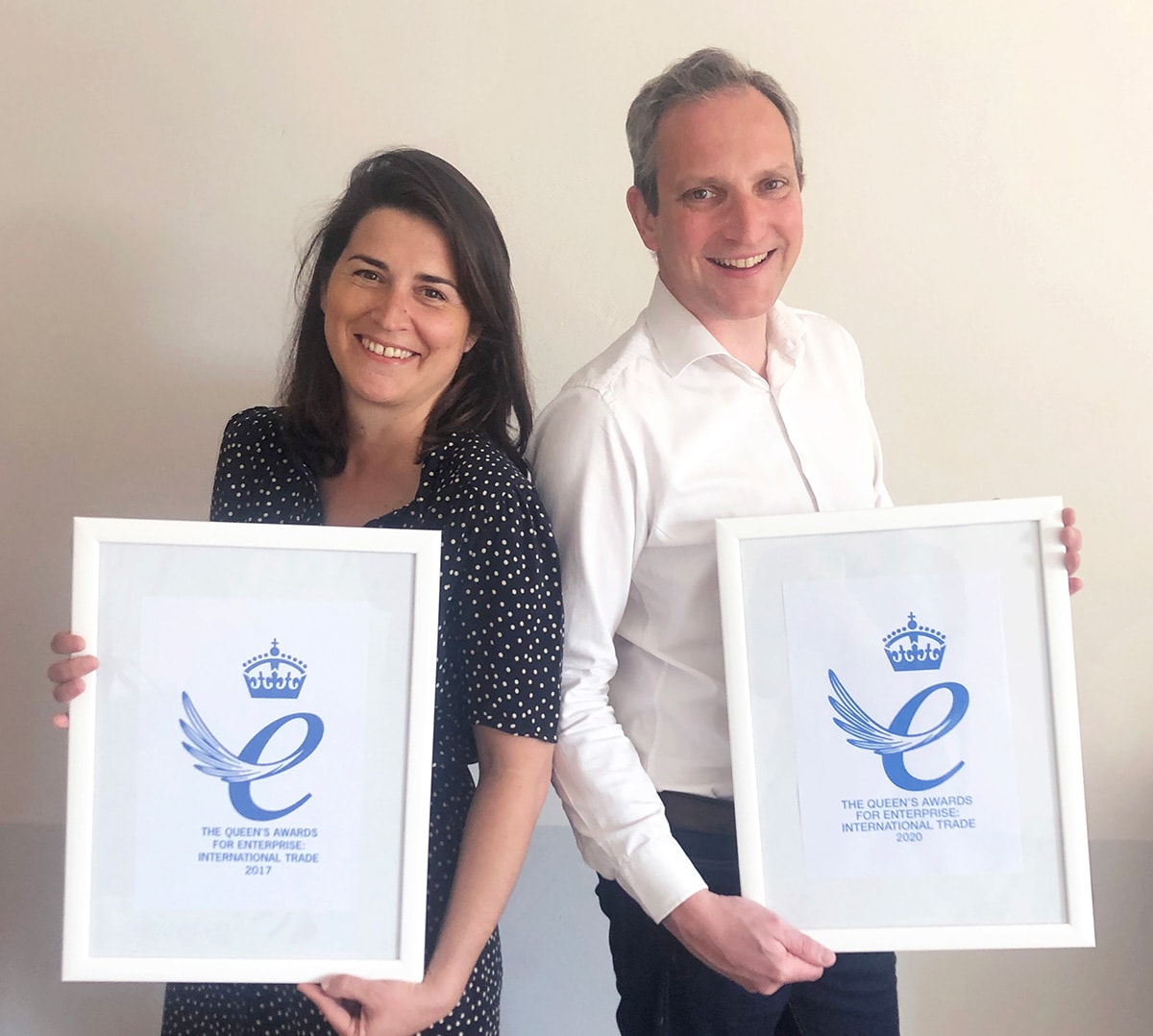 While global e-commerce platform Avenue51 was honoured with the Queen’s Award for Enterprise for International Trade as the company has identified market opportunities and built key technologies to allow it to place UK companies' products on Chinese marketplaces and has seen their business grow by 43 percent. Since 2017, the company has sold its technology and services to the French and Nordic markets, which now account for 7 percent of overseas revenues.

There was also a mention for family-run clothing manufacturer David Nieper, which was awarded the Queen's Award for Enterprise in Sustainable Development because of its demonstration of strong leadership in sustainability while providing excellent results promoting local economic regeneration and reducing environmental impacts. The company designs and makes premium quality British clothing for women over 50 and currently employs 291 skilled staff in five factories in the UK and has three overseas offices.