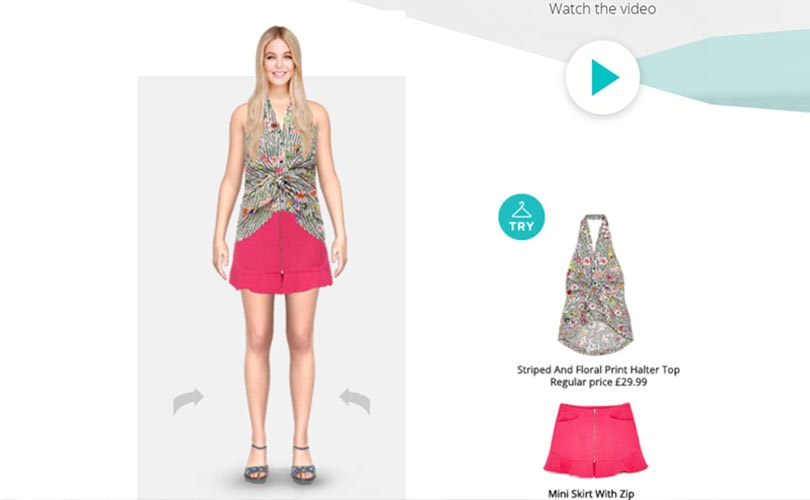 The fashion technology start-up, which allows users to virtually try on clothes before buying them, has raised 10 million pounds in a Series B funding round led by Hong Kong based retail group TAL Apparel.

This 10 million pounds cash injection has taken the total investment in Metail up to 22.5 million pounds and, according to ‘The Sunday Times’, TAL Apparel, one of its existing investors, has been leading this Series B investment round.

The Hong Kong-based clothing manufacturer also led the 2014 funding round. Metail had already raised 12.5 million pounds since its foundation in 2008.

After closing this round, Metail’s founder Tom Adeyoola no longer holds a majority stake in the business.

Metail was launched in 2008 by entrepreneur Tom Adeyoola to enables shoppers to “try on” fashion online by creating a bespoke 3D model of themselves, called ‘Memodel’. This virtual fitting technology is embedded into online retailers’ websites.

"We're looking at a future where we see retail moving towards consumer tech businesses, and the increasing digitisation of fashion," says Adeyoola. "As the traffic moves from the high street to time spent on a phone, consumer engagement is increasingly important," he says.

"Metail has some of the most advanced technology in this area, and their unique dataset leads to a number of transformative applications for the whole garment supply chain, ultimately leading to clothes that fit the customer better," said Delmen Lee, president and CTO of TAL, reported ‘Business Insider’.

In agreement with Lee is Caroline Rush, CEO of the British Fashion Council, who in comments gathered by ‘The Sunday Times’ pointed out how “Metail's technological approach to solving the sizing dilemma faced by retailers and customers alike is changing the traditional face of the fashion industry.”

As advanced by both parties in a corporate release, the virtual fitting room provider will use the fresh injection of cash to help scale its international operations. Adeyoola says the business, which has a global customer base including brands such as House of Holland in the UK and Princess Polly in Australia, will now look to branch into menswear.

Metail presents customers with a simulated version of themselves that takes into account their size and weight. It aims to reduce the number of returns customers make for online purchases and provide a generally enhanced customer experience.

Over the next 18 months the team plans to expand its customer base (currently set at 7.7 million users) and to develop partnerships and new features. Conscious of the unstoppable rise of menswear, Adeyoola says he is planning to launch a men's service at the end of the year.

Based in Hong Kong, TAL Apparel is reported to manufacture one in six men’s dress shirts in the USA, informs ‘Tech City News’.