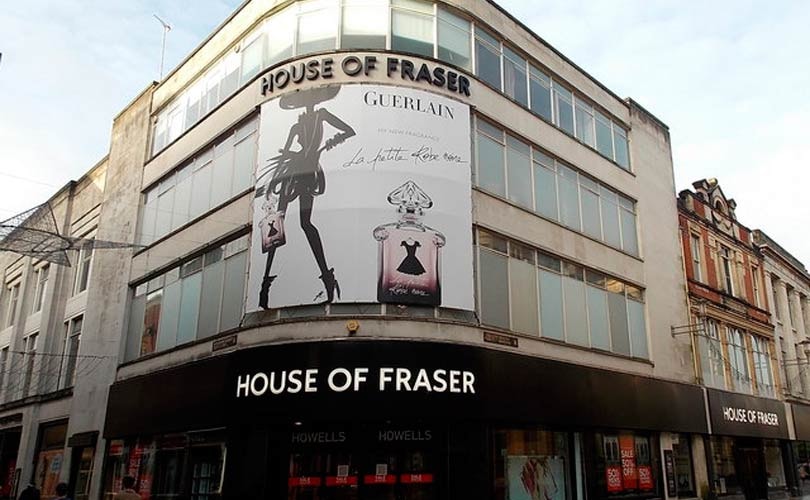 House of Fraser rescue plan includes a CVA proposal to shut 31 stores across the UK and Ireland, which would see up to 6,000 jobs being lost.

The struggling department store group, who opened its first store in Glasgow in 1849, stressed that it did "not have a viable future" unless its CVA proposal received the green light from landlords and creditors.

Following House of Fraser's announcement on Thursday morning, fashion insiders have been taking a closer look at the current state of the high street, and what measures retailers are having to take in order to survive.

"News that House of Fraser is to shut its Oxford Street store and 30 others is a huge statement of intent," said Richard Lim, Chief Executive at Retail Economics, an independent research consultancy firm in a statement. "The closure of such an iconic flagship store signals the massive restructuring task at hand."

HoF CVA: Taking a closer look at the state of the high street

Open the menu by clicking the button in the top left of the menu or click on the icons in the map to learn more.

"The announcement to close such a significant number of stores highlights the unyielding shift towards online shopping and the overcapacity concerns faced by a significant proportion of the market. The retailer will need to push forward right-sizing initiatives and utilise any excess space to sweat assets more effectively in a move become fit-for-purpose in today's digital age."

While physical stores are still a key part of the multichannel shopper journey, with brick and mortar stores accounting for more than 80 percent of the total retail sales in 2017, this percentage is decreasing as online sales continue to rise, according to Global Data, data and analytics firm. Although many physical stores complement the online growth and remain key in certain sectors, more shoppers are seeking out the most convenient way to shop.

"It’s no coincidence that many of the more ‘traditional’ high street names are struggling," pointed out Andy Brian, partner and head of retail at Gordons law firm. "These are incredibly challenging times for retailers with pressures such as rising import prices, business rates and the costs of trying to keep up with online competitors all combining to squeeze margins, particularly for the likes of House of Fraser (and recently BHS and Debenhams) which have historically relied heavily on their bricks and mortar presence.

"Only the most innovative retailers will thrive in this climate. That means finding bold new ways to combine an effective online offering with a compelling in-store experience, and then being brave enough to implement it, fast. It remains to be seen whether this is the first step towards House of Fraser doing just that."