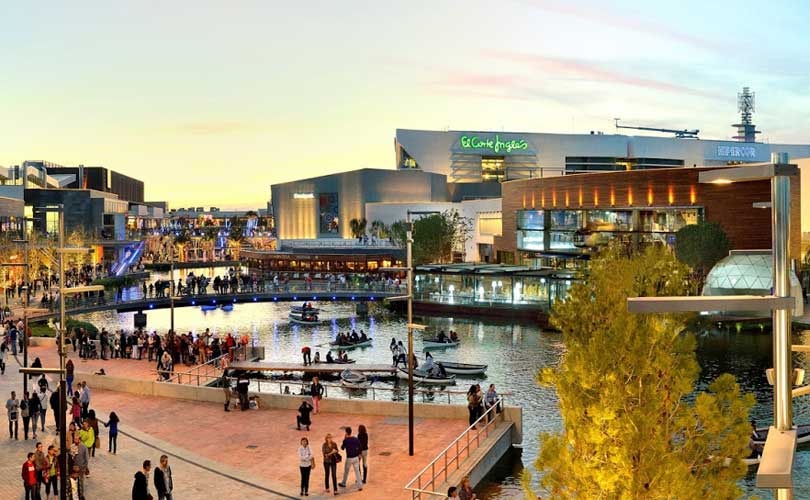 Intu Properties, which owns shopping centres across the UK including the Trafford Centre and Lakeside, has acquired the Puerto Venecia shopping centre just south of Zaragoza in Spain.

Intu exchanged contracts before Christmas with Orion European Real Estate Fund III C.V., a fund managed by Orion Capital Managers, acquiring the shopping centre for 451 million euros. To secure the property, Intu took out a 225 million euro bridging loan from HSBC, which it can exchange for a five year term loan secured on the asset, with the all-in cost of debt estimated to be around 3.5 percent.

The property was chosen as Intu’s development partner in Spain, Eurofund, were the original developers for the award-winning centre. Intu is working closely with Eurofund to expand its Spanish interests with options on four development sites in Malaga, Valencia, Palma and Vigo.

The Puerto Venecia acquisition is part of Intu’s plans to strengthen its position in Spain ahead of these new developments. It also means that Intu now owns two of the top ten shopping centres in Spain, as it already owns Parque Principado, Oviedo.

Intu will be giving consideration during 2015 to introducing an investment partner into Puerto Venecia and possibly the development site at Malaga.

David Fischel, Chief Executive of Intu, said: “The acquisition of the Puerto Venecia shopping centre following last year’s successful acquisition of Parque Principado, Oviedo, is another great addition for the Group. The transaction substantially accelerates our activities in Spain, which is a country where we see major opportunities for the type of genuinely regional destination centre in which the Group specialises, like intu Trafford Centre in the UK.

“Puerto Venecia represents such an asset, with an attractive combination of retail, restaurants and leisure. The centre is seeing strong growth in footfall and retailer sales from key names and provides an excellent template for the future development of sites we have under option, such as in Malaga where we expect to move the project forward significantly in 2015.”

Intu owns and operates more than 21 million square foot of retail space in the UK, including nine of the top 20 shopping centres. Its centres attracts over 400 million customer visits a year and more than half of the UK population visit one of our centres each year.