Consolidated revenue from continuing operations at the Kering Group amounted 10,038 million euros (11,445 million dollars) in 2014, up 4 percent as reported and 4.5 percent based on a comparable scope and exchange rates. Revenue generated outside the eurozone accounted for 79 percent of sales in 2014. Revenue growth was sustained in mature markets at 3.8 percent based on comparable data, driven by Japan and North America. Emerging markets were up 5.6 percent on a comparable basis, and accounted for 38 percent of the Group’s total sales.

Elaborating on the company’s performance, François-Henri Pinault, Kering's Chairman and Chief Executive Officer, said, “The dynamic sales growth and increase in operating income of the Group's luxury activities confirm the relevance of our multi-brand model and demonstrate our ability to unlock the potential of each our brands, exploit their complementarity, and nurture their development.”

Despite the overall less upbeat operating context in 2014, the Group's luxury activities registered sales growth of 6 percent in 2013 as reported and 4.9 percent on a comparable scope and exchange rate basis. The solid performances from the luxury activities were driven by sales in directly operated stores, up 8 percent on a comparable basis, with a more sustained growth in mature markets registering 61 percent of revenue. Retail sales in directly operated stores now account for 68.8 percent of the luxury activities’ overall revenue. 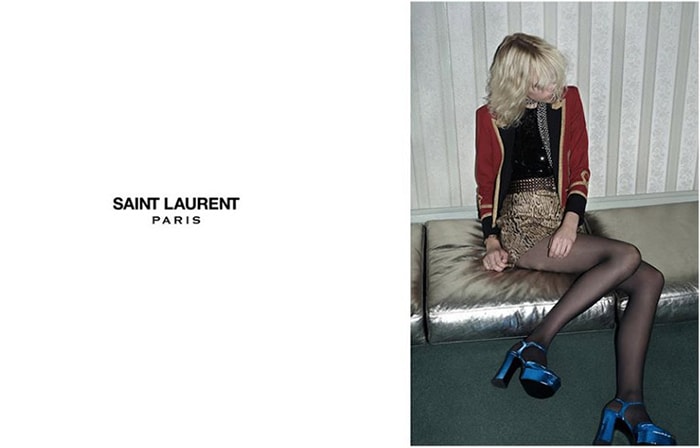 In 2014, Gucci posted a mixed revenue performance, down marginally by 1.1 percent on a comparable basis for the year as a whole, although the brand's performance improved notably in the final three months of the year. Sales generated in directly operated stores accounted for 79 percent of Gucci’s revenue in 2014, improving by 2 percent, notably in mature markets and especially in Japan, up 9.5 percent and North America, up 5.4 percent. Analysed by product category, the brand posted robust handbag sales, reflecting the positive effects from the measures undertaken over the last collections to fine-tune the offer, as well as sustained performances for shoes and ready-to-wear.

Bottega Veneta registered a new strong increase of its sales, up 12.6 percent at comparable exchange rates. The brand's revenue as reported has more than doubled since 2010. Bottega Veneta’s directly operated stores accounted for 80 percent of the brand’s total sales in 2014. Revenue growth for directly operated stores was once again extremely solid during the year, at 10.8 percent on a comparable basis. Leather Goods remain the brand's core business, recording extremely robust year-on-year sales growth of 14.3 percent. As in 2013, Bottega Veneta's sales growth was evenly balanced between its historical and emerging markets, which recorded respective revenue increases of 13.9 percent and 10.9 percent at comparable exchange rates.

Building on the brand’s outstanding sales growth in 2013 and the brand's return to the forefront of the industry, Yves Saint Laurent reported another surge in sales in 2014, with revenue up 27 percent year-on-year as reported and 27.2 percent based on comparable exchange rates. Yves Saint Laurent revenue doubled in three years, driven by its successful market repositioning. Propelled by strong sales in directly operated stores, which soared 40.3 percent at constant exchange rates, all main product categories and geographic areas reported solid growth. Yves Saint Laurent ended 2014 with recurring operating income up 37.2 percent year-on-year and a recurring operating margin of 14.9 percent.

Total revenue generated by Other Luxury brands in 2014 was up 14.4 percent year-on-year as reported and 6 percent on a comparable Group structure and exchange rate basis. The main growth drivers were the couture and leather goods brands, which posted an overall revenue rise of around 9 percent based on comparable data. The timepieces and jewellery brands felt the impact of tougher market conditions, with the timepieces category particularly affected. Sales by the wholesale network were up 2.1 percent versus 2013 on a comparable basis. Wholesale was once again the main distribution channel for other luxury brands, accounting for 55.2 percent.

Retail sales in directly operated stores advanced 12.6 percent based on comparable data, led by the strong performance of couture and leather goods brands. Sales growth in 2014 was stronger in emerging markets than in mature markets (11.7 percent versus 3.9 percent on a comparable basis). Recurring operating income for Other Luxury brands climbed 1.8 percent, while the recurring operating margin came out at 10.3 percent.

The sport & lifestyle activities reported 3.5 percent revenue growth in 2014 based on comparable exchange rates, with sales remaining virtually stable on a reported basis. This period-on-period improvement was attributable to the measures undertaken for all brands. Puma 2014 was a pivotal year for Puma, during which the brand accelerated the implementation of its strategy and action plan. Sales of apparel and accessories posted sustained comparable-basis growth of 7.7 percent and 9.3 percent respectively. Volcom and Electric recorded revenue growth of 4 percent year-on-year as reported and 4.7 percent based on constant exchange rates.