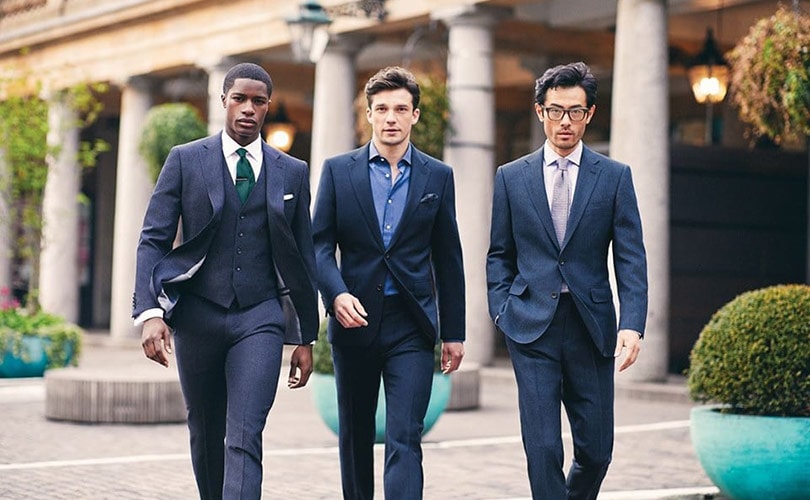 Like-for-like retail sales were up 2.9 percent for the period compared to last year, with store like-for-like sales up 0.6 percent. Online sales across all platforms grew 20 percent, with online sales now representing 15.0 percent of the company’s total sales.

Like for like hire sales, which is what how the tailoring company made its name, represented only 10.7 percent of total sales, down 14.7 percent from 12.3 percent a year ago.

The company said it is seeing results across the first eight weeks consistent with its full price focus and with less old season stock to clear in HY2, and expects to be able to deliver full year results “in line with market expectations.” Additionally, it said it had seen a “strong positive reaction to new season product and new technical developments; eco suit, stretch, washable suit.”

Commenting on the results in a statement, Moss Bros CEO Brian Brick, said: “Reflecting on our first half performance, it feels that we are gaining traction in a number of areas. The return to growth of our stores is extremely important to us and we will continue to focus on maintaining this trend. The growth which we have seen in stores is set against a backdrop of lower footfall in our stores than last year in most locations in which we operate.

“Our conversations with our landlords are active and ongoing to ensure that we can align our store occupancy costs with the lower footfall which we experience, whilst continuing to offer store-centric services such as Tailor Me, our custom made suiting proposition, which continues to go from strength to strength.”