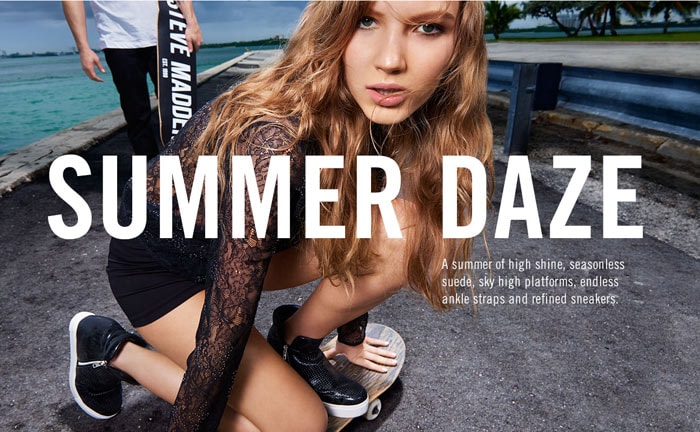 Commenting on the first quarter results, Edward Rosenfeld, Chairman and Chief Executive Officer, said, “Our retail segment was again a standout, with a comparable store sales increase of 10.7 percent on top of an 11.6 percent increase in last year’s first quarter. Our wholesale footwear business also grew in the quarter, led by strong gains in our Steve Madden Women’s and Dolce Vita divisions.”

During the first quarter, the company opened one full price store in Mexico and one outlet location in the United States. The company ended the quarter with 171 company-operated retail locations, including four Internet stores.

For fiscal year 2016, the company continues to expect that net sales will increase 2 percent to 4 percent over net sales in 2015. Diluted EPS for fiscal year is expected to be in the range of 1.93 dollars to 2.03 dollars.