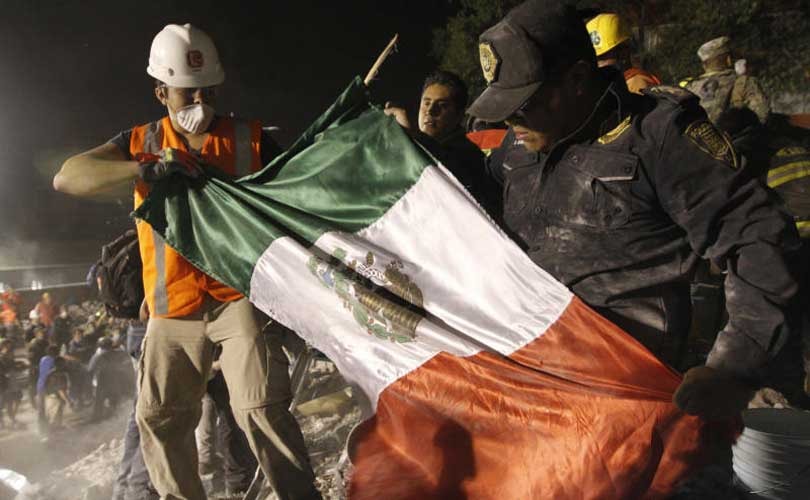 The fashion industry lends a hand to Mexico

Mexico - On Thursday, 19 September 1985, an earthquake measuring 8.1 on the Richter scale hit Mexico City, as well as 10 states of the Mexican Republic. This month, 32 years after that terrible day and again on 19 September, a 7.1-magnitude earthquake overturned the nation yet again. For a minute and twenty seconds, all of Mexico and the world watched while dozens of buildings fell in the face of the catastrophe; and, although this tragedy had been lived through before, this time the story seems to be different. The Mexican people are stronger, and together with it, the fashion industry.

Mexico has always been characterized by its empathy; but following the recent catastrophe, the energy on the streets is one of an unprecedented solidarity, fraternity, love, compassion, and positivism. In Mexico City, more than 40 buildings collapsed due to the earthquake... the second earthquake in the month. Today all of Mexico is in the streets, all of Mexico is taking part in the human chains to remove debris, all of Mexico is opening its homes so that people who have been made homeless can spend the night. Mexico is united, and the fashion industry has not taken a back-seat.

Designers, companies, department stores, design platforms (including the fashion event, Mercedes Benz Fashion Week Mexico), and department stores have opened their doors as collection centers, donated clothing to victims, created shelters, designed vests for the brigade members and postponed events. Today, the fashion industry in Mexico is worried about its people and what they are living through. 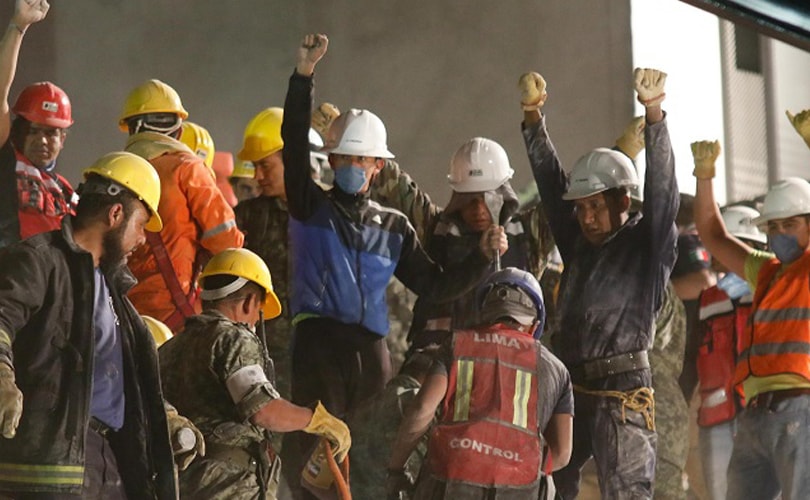 Designers and department stores have united in solidarity with Mexicans

Designers of all types, whether local, famous, emerging or international, have come together with messages of encouragement for the Mexican community following the devastating earthquake. Department stores such as El Palacio de Hierro have opened the doors of their gourmet terrace so that those affected can receive free food and shelter. Department store Liverpool is lending their stores as collection centers and has opened accounts within their finance departments and gift tables for making cash deposits in store. All money raised is being donated to the Mexican Red Cross.

Other department stores have been just as supportive in donating clothing to those affected since many people have been evacuated from their houses and found themselves in need. The department store Suburbia, recently acquired by Liverpool, has donated 50 thousand garments to victims.

Local emerging designers, who have been described as the new voice of Mexico in creating garments inspired by their country, are helping out as well. Each and every one of them has turned their social networks into channels of communication to provide information on where and how to go and help the country. The creativity of the fashion industry has been one of its greatest weapons in the face of disaster; an example is designer Alexia Ulibarri who has used her talents and developed new safety vests for the rescue brigades with an integrated LED light so that brigade members and rescuers can have their hands free to work among the rubble and help reach people trapped underneath.

In a statement titled # FuerzaMéxico, FashionWeek said: "The earthquakes that occurred on 7 and 19 September have raised many issues for Mexico. But the sole priority is to help those affected and that is why we have decided to move the dates of our event. All fashion professionals that are part of this industry and taking part in MBFWMx, as well as our sponsors, partners, and allies, will do our very best to turn our passion and energy over the next few weeks to supporting those affected." The dates have not been confirmed, MBFWMx commented that the event "might possibly be held during the month of November".