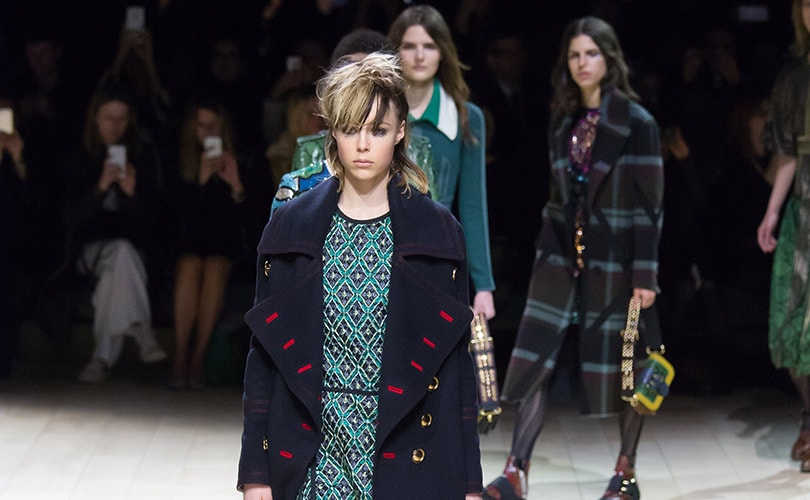 This is how much money London Fashion Week generates

London - As New York Fashion Week slowly comes to an end, the industry's attention shifts, moving across the ocean to the capital of England for the start of London Fashion Week. Kicking off on Friday, September 16, the bi-annual fashion showcase sees over 80 designers presenting their SS17 collections on schedule. With over 105,000 visitors expected to attend this season of London Fashion Week, the immense costs linked to staging a catwalk show or presentation is no secret. But the real question is how much money does London Fashion Week really generate?

Although the Big Apple, aka New York City, does make the most money out of the global fashion weeks, the home of the Big Ben is not that far behind. According to calculations carried out by FashionUnited's Business Intelligence, the total income made from London Fashion Week is 269 million pounds (322 million euros). How did we arrive at this sum? By looking at the number of visitors each fashion week brings to the city, combined with the average income each visitor has, plus local hotel and food costs as well as sales taxes, applicable tourist fees and corporate taxes FashionUnited was able to predict the total income LFW brings to the city each season.

Of course, staying in London especially during Fashion Week can be a pricey affair. The average spend per visitor is 1,855 pounds (2,225 euros), with each visitor spending 740 pounds (871 euros) just on dining out in restaurants and cafes. With the rise of designers launching their collections in stores as soon as they are shown, visitors are more than likely to commit to some light retail therapy - spend on average 610 pounds shopping (719 euros). And of course, LFW visitors will need a place to stay during their visit to the city, spending on average 538.5 pounds on their hotel or stay (634 euros). Considering that London holds the highest rent average within Europe, the amount spend on hotel is not too shabby.

Unsurprisingly it is nearly as expensive for outside visitors to attend London Fashion Week as it is to visit NYFW. Unlike New York, London does not charge visitors additional tourist tax, so the city does not receive any additional income during fashion week in the area. However, London does earn additional company tax on the profits of its local business, with the effective tax rate currently at 23 percent. This bring the total local business income from LFW is 216 million pounds (260 million euros).

Taking all these factors into considering is comes as no big surprise that London Fashion Week is the second most profitable fashion week following New York. However, in light of the UK's recent vote in favour of exiting the European Union, one must wonder if London Fashion Week will continue to hold its appeal and generate as much income if a Brexit does become a reality. Prior to the vote, numerous leading members within the industry voiced their support of remaining within the EU and considering the growing number of designers showing overseas or off calendar the future of London Fashion Week as the second most profitable fashion showcase remains to be seen.

London Fashion Week kicks off on Friday, September 16 and is set to run through to Tuesday, September 20. FashionUnited will be on site visiting the designer show rooms, speaking to attendees, reviewing the most anticipated shows and events in order to share in depth, behind the scenes and insightful LFW information with its readers. Interested to see which events, shows and more you shouldn't miss during LFW? Then click here to see our interactive map.