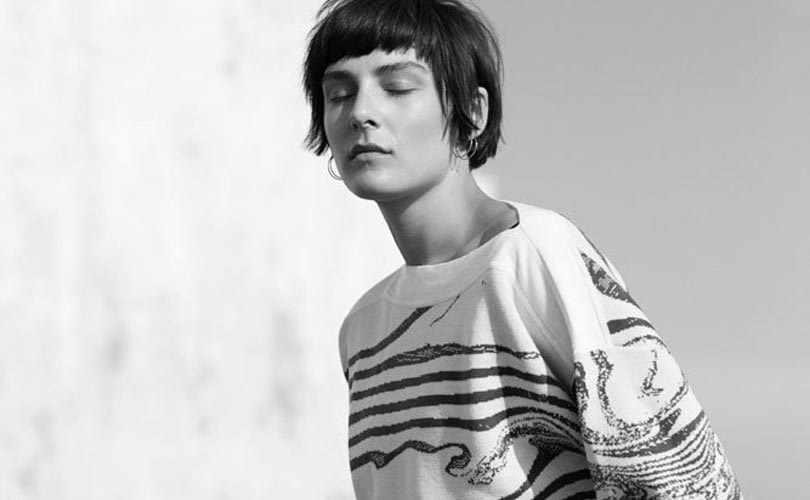 Unmade: what if all clothing was made-to-order?

Last month, Burberry came under fire after its annual report revealed the company burned 28.6 million pounds (36.7 million US dollars) worth of unsold goods in 2017 -- a desperate measure to avoid markdowns, which would hurt the brand’s image of exclusivity. But the British luxury label is far from being the only one taking its unsold stock off the market in such a drastic manner. Last year, fast fashion giant H&M was accused by a Danish TV show of burning approximately 12 tons of unsold garments every year. The truth is fashion brands of all niches often make more clothing items than they are able to sell.

UK-based software company Unmade wants to tackle this problem. Founded in 2014 by Hal Watts, Ben Alun-Jones and Kirsty Emery, the company offers a software which can help the fashion industry move towards an on-demand supply chain model. Their tool allows shoppers to customize the items they buy, within parameters predefined by the brand. Then, the order is sent directly to the factory. Individual and short run orders are therefore integrated into the existing production, which means they can be manufactured at the same cost and speed as mass-produced items.

The software also collects data about the customers’ preferences and design choices, and then uses it to orient the manufacturing and supply chain. There you go: no more excess stock, no more need to sell items with a discount.

Unmade secured 4 million US dollars in a new investment round this week, led by Felix Capital, with the participation of Connect Ventures, LocalGlobe, Carmen Busquets, Backed VC and C4 Ventures. “There’s a clear and growing need for the Unmade business. At a time when trend life-cycles are becoming ever more rapid, the desire for the bespoke customer engagement is at an all-time high and brands are seeking diversified production, along with a strong, loyal community”, said Frederic Court, Founder and Managing Partner of Felix Capital, in a statement. In total, Unmade has raised 6.7 million in investments.

First launched as a knitwear label called Knyttan, the company shifted its focus from B2C to B2B in 2015, once the founders realized they would cause more of an impact in the fashion industry by offering their tool to other companies. Now, the process is being applied in T-shirts, bags and footwear as well.

Use the arrows to navigate through the events ordered by date or click on a time frame (in the grey bar) to learn more.

FashionUnited spoke with co-founder and CEO Hal Watts about the business and plans for the future.

How did the idea for Unmade’s software come about?

The three of us met at the Royal College of Art, in London. Ben and I are engineers and Kirsty is a fashion designer. We realized that the clothing industry was very inefficient and one of the most polluting industries in the world. Ten percent of all clothes go straight to landfill because they are never actually sold.

You started as a B2C business and later moved towards a B2B model. Why?

Since Kirsty is a fashion designer, we felt out knitwear label had a strong proposition. But to truly promote sustainability, it didn’t make sense to be just a niche brand. We were creating something of value for the whole industry, and I’m not sure if the world needs another fashion brand.

However, it was a massive challenge to switch from B2C to B2B. The decision feels obvious in hindsight, but at the time we weren’t sure if it was the right move. We thought: ‘OK, we’re gonna kill this brand we spent one and a half year building’”. We also had to tell the 15 employees we had at the time that things were changing, while none of us had any previous management experience.

But it was definitely the right decision, as Unmade just raised 4 million dollars. What are your plans for the future?

We’re using this money to expand the company even more. We currently have one office in the UK, and we’re looking to open another one in the US pretty soon. We’ve already expanded from knitwear to print, and we will be working with embroidery and laser cutting in the coming 12 months.

Any new collaborations with fashion labels in the pipeline?

We’ll be partnering up with 4 or 5 major brands next year. But, unfortunately, I can’t tell you their names just yet. The only one I can reveal for now is [British cycling clothes and accessories brand] Rapha.

Speaking of collaborations, Unmade has an impressive portfolio for such a young company. Your list of partnerships includes Christopher Raeburn, Farfetch, Opening Ceremony, Studio Moniker… Did you approach them or did they approach you?

Now that we’re established in the market, brands approach us because they understand the value of personalization and the need to improve their supply chain. But we were the ones approaching brands in the beginning. We basically look for partners who share the same values, there needs to be synergy. Opening Ceremoney, for example, really understands how the relatioship between brands and their customers is evolving. Fashion designers used to tell people “this is what you should wear”. With social media, this relationship has been changing. We aim to extend the conversation.

The program where shoppers can customize items looks really impressive. The images look like real photographs, even though the item hasn’t been made yet.

This was a key thing for us, and we have several patents for this editor. We really wanted it to look as realistic as possible. Thing look really “blobby” when you use a 3D model in a white background. It feels kind of real, kind of unreal, and that puts people off. That’s not how people want to shop.

Personalization is a current trend among luxury brands. Unmade proposes customization as a rule, not an exception. If everybody can have custom items, don’t you think people would lose interest in them?

Well, if we look at the historical context, before ready-to-wear, all clothes were unique -- and that’s why we didn’t have all this wastage. So we aren’t proposing anything new, really. We’d just be going back to something we used to have anyway. The difference is now we can take advantage of some elements of mass production and offer customers lower price points. We’re not opposed to the idea of luxur, the thing is customization is only offered today as a luxury because of lack of technology.

In addition, I think we should ask ourselves how deep customization can go. Adding your initials to a handbag... Is that all we can offer in terms of customization? We aim for a deeper relationship, a much more interesting proposition.

Photos: courtesy of the brand