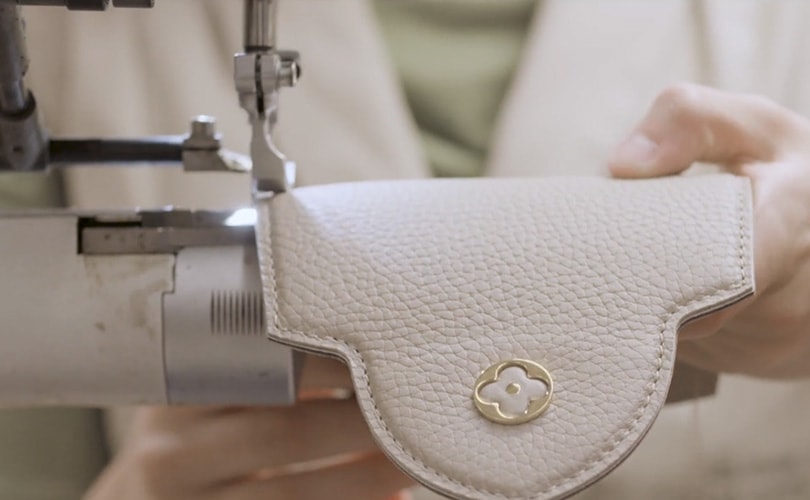 Why LVMH’s blockchain is posed to revolutionise the fashion industry

New York – In March, news broke on LVMH's project AURA, an application of the blockchain aimed at ensuring fashion and luxury goods authenticity verification at scale. This move positions the world’s largest luxury goods group as the first company to look into blockchain technology applied to fight counterfeits in the apparel industry.

LVMH has partnered with ConsenSys and Microsoft to launch AURA, a platform that offers product tracking and tracing services, based on Ethereum blockchain technology. As the three companies explained in a joint release, AURA makes it possible for consumers to access the product history and proof of authenticity of luxury goods — from raw materials to the point of sale, all the way to second-hand markets.

Several brands of the LVMH Group, such as Louis Vuitton and Parfums Christian Dior, are currently involved, and advanced discussions are underway to onboard additional brands from the LVMH Group, and other luxury groups globally. In fact, for the Louis Vuitton brand, AURA is the culmination of the traceability programme called “Track & Trace” they launched more than three years ago.

Product authentication specialised firm Certilogo said in a recent report that “Allowing product authentication on a blockchain ledger has the power to eliminate fraudulent sales by ensuring that every authentic product has a unique and uncopiable certificate of authenticity — its digital twin —that can be verified online in real time by anyone with access to the service.”

FashionUnited has spoken with David Lee, associate in the corporate department at legal firm Fladgate, to look into what this pioneering project means for the industry from a legal perspective.

Lee applauds this move, as in his opinion, “the adoption of blockchain technology by the fashion industry, however, makes a lot of sense, both for brand owners and consumers, and it takes someone of LVMH’s provenance to bring it to market.”

“With the adoption of blockchain technology, brand owners could have a greater insight into the supply chain and market than has previously been considered possible using traditional technology,” adds Lee.

LVMH’s blockchain application generates advantages for both consumers and the industry. The former can know and prove they are buying an authentic product while brands can track their sales and distribution channels in an unprecedented level of detail. This means brands can have (near) real-time visibility on which products are selling well (and where), anticipate future demand for their products and identify potential brand-diluting oversupply at an early stage. “From a longer term perspective, the same technology can provide detailed insights as to their supply chain, particularly in areas such as quality control, which may not otherwise be easily analysed,” adds the Fladgate’s expert.

Additionally, “brands will be able to tailor their communications with their consumers by virtue of understanding what the consumer already owns, and by aggregation of data amongst their consumer base as a whole, what that consumer is likely to be interested in with a greater degree of certainty than has previously been possible, to the advantage of, in terms of enhanced consumer engagement and more efficient use of marketing resources, both brands and consumers,” concludes Lee.