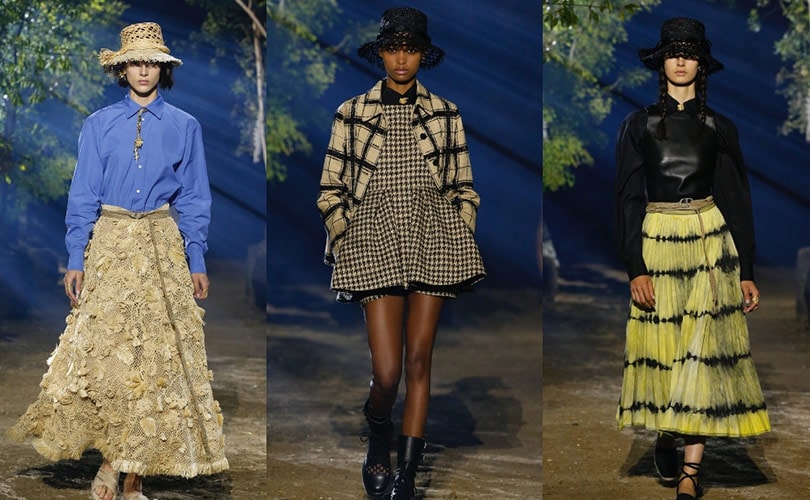 The House of Dior brought a touch of Paris to Shanghai fashion week on Saturday, when it presented its SS20 collection, including 14 exclusive looks for the Chinese market.

The set was a continuation of the landscape theme from the Paris show in September, where creative director Maria Grazia Chiuri worked with Coloco to create “a collective committed to the collective art of cultivating gardens as a driver of urban inclusiveness.” In Shanghai this translated to a forest of fashion, as the grand hall of the Shanghai exhibition center was decorated with plants and trees, all of which were sourced locally.

A China Rose print, reminiscent of Mr Dior’s symbol for the House he created in 1947, inspired Chiuri to create an exclusive fabric for the Shanghai collection.

Last week Dior came under fire for using a map of China that excluded Taiwan at a company presentation. At its afterparty on Saturday the French luxury house played patriotic song “Me and My Motherland,” according to the Shanghaiist.

But if its cultural gaffe angered some, its show garnered a wider reach as it was broadcast live across the brand’s Chinese social media accounts with 28.9 million people following along.