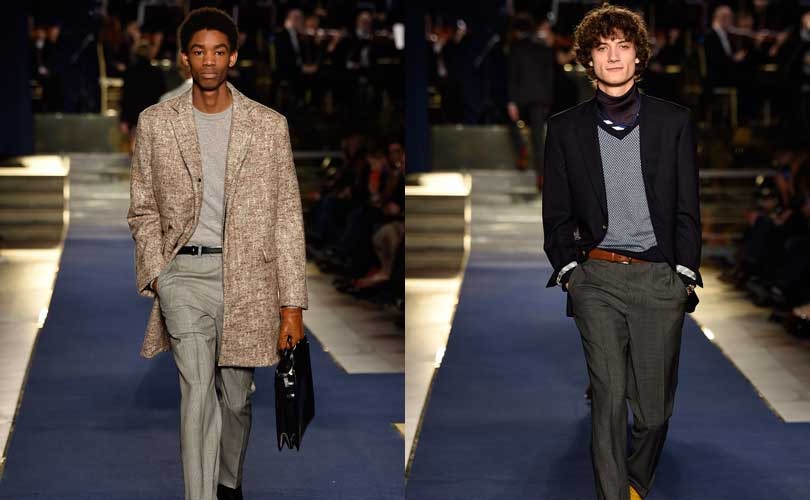 It is the brand founded in the U.S.A. in 1818, best known for outfitting 40 of our 45 presidents. Ironically, it was bought in 2001 by an Italian who has lived in the U.S.A for over thirty years: Claudio Del Vecchio, son of the founder and president of Luxottica, one of the Italian companies with greater international vocation. Brooks Brothers couldn't have chosen a better venue than Pitti Uomo and the city of Florence to kick off their bicentennial celebration.

On Wednesday the brand celebrated its two centuries of life with its first ever show at the Salone dei Cinquecento in Palazzo Vecchio.

"Our anniversary marks a significant and historic milestone not only for Brooks Brothers, but also for the fashion industry," said Claudio Del Vecchio, Brooks Brothers president and CEO. "It is a precious moment to celebrate 200 years rich in tradition and at the same time of innovation, Pitti Uomo is the global platform for men's fashion and Brooks Brothers is proud to kick off the celebrations of its bicentennial just from Florence".

"We are delighted that Brooks Brothers chose Florence and Pitti Uomo to start the year of such an important anniversary celebration. Brooks Brothers will be Special Event of this edition of the show: an opportunity to celebrate the 200 years of history of a brand that has become a true style icon, with a series of events that will take place in a symbolic place of the city. Pitti Uomo proves once again to be the ideal occasion for events and celebrations of the best companies in the world, for its extraordinary audience and for its unique atmosphere," underlined Raffaello Napoleone, managing director of Pitti Immagine.