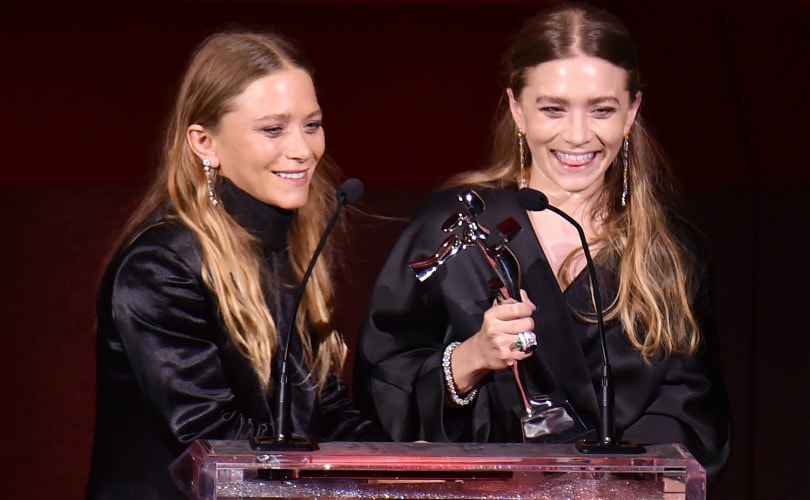 New York - Last night was the CFDA awards ceremony, and of course there were several lucky designers who came out on top. This years CFDA winners have been decided. For women's wear the winners were Mary Kate and Ashley Olsen for The Row, for men's wear the winner was Tom Ford, and for accessories the winner was Tabitha Simmons. For the Swarovski awards, the winners were Rosie Assoulin for women's wear, Shayne Oliver of Hood by Air for men's wear, and Rachel Mansur and Floriana Gavriel for the accessories category.

The CFDA ceremony was a start studded event attended by everyone from the likes of Kim Kardashian and Chrissy Teigen to Diane von Furstenburg and Anna Wintour. Winning a CFDA award has helped the likes of designers like Zac Posen and Marc Jacobs really gain more attention in the fashion industry. The award is considered a golden feather in your cap by many in the fashion industry.

For the Olsen twins, this isn't their first time winning the award either. They previously won in the same category in 2012, and in 2014 they won the award for accessory design. They seem to have become a fan favorite of the CFDA. This is momentous for the label as they prepare to launch their first NYC store this year, and it is already clear they have the support of New York City's fashion community.

This year's CFDA awards were critiqued for seeming a bit too repetitive and predictable. Every designer in the women's wear category (Mary Kate and Ashley, Michael Kors, Joseph Altuzarra, Marc Jacobs, and Jack McCollough and Lazara Hernandez of Proenza Schouler) have won the award at least once. Tom Ford, the winner for men's wear, received a lifetime achievement award last year. This year's Lifetime Achievement Award went to Betsey Johnson, who in classic fashion did a split and cartwheel on stage (although she late had to be helped up by presenter Kelly Osbourne after losing her shoe.) 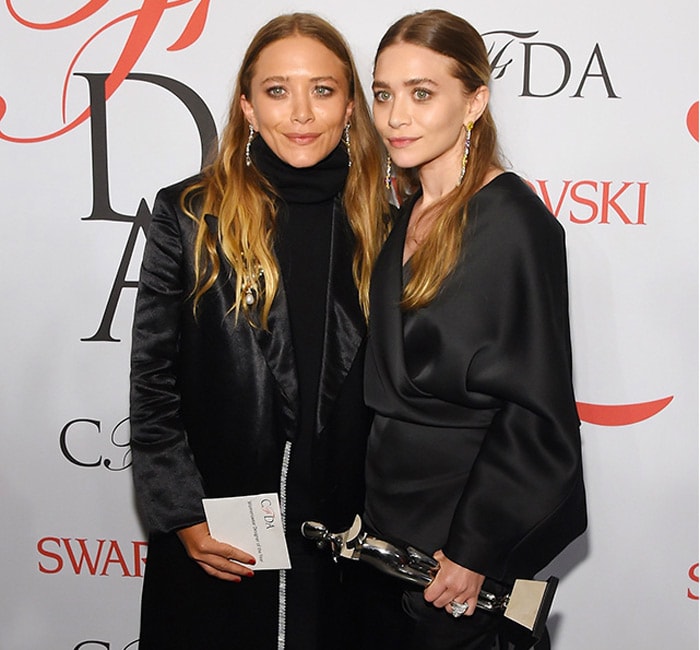 The style icon award this year went to music star Pharell Williams, who still refutes his status as a style icon, saying, "I’m not a style icon. I’m just inspired. I am other, and I am O.K. with that." Despite its critics who say the event has become too predictable, it's still quite an impressive event and a major part of the fashion calendar.

The annual event recognizes the outstanding contributions made to American fashion by individuals from all areas of the industry and related arts, with awards being given for design excellence in womenswear, menswear, and accessories as well as extraordinary accomplishments in journalism, creative vision, and lifetime achievement.

Nominations for each award category are submitted by The CFDA Fashion Awards Guild, an invitation only network comprised of top fashion retailers, journalists, stylists, influencers and the 450+ member designers of the CFDA. The nominees, as well as recipients of the honorary awards are ratified by the CFDA Board of Directors.