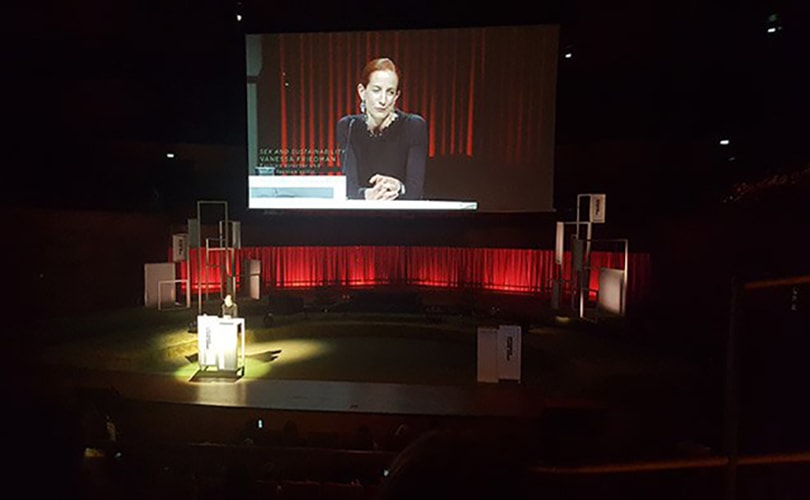 London - The social and environmental issues within the fashion industry are well established. The industry knows that it needs to clean up its act and take responsibility to work sustainably for the sake of the millions of workers it employs, as well as the future of the planet and its resources, (not to mention the future of the business itself!) Change is desperately needed within the fashion industry, but unfortunately, change is not going to happen over night. “For an industry created around the idea of change, it is interesting to see how behind the curtains the fashion industry is actually one of the most industries persist to change,” mused Edward Gribbin, industry veteran and President of Alvanon to FashionUnited.

A photo posted by Copenhagen Fashion Summit (@copenhagenfashionsummit) on May 13, 2016 at 7:56am PDT

However, those persist to change and unwilling to adapt are unlikely to thrive and continue to grow in the future. “We are missing a real understanding of the gravity of the situation,” warned Imran Amed, founder and CEO of Business of Fashion at the Copenhagen Fashion Summit, in Denmark last Thursday. “Change will not happen until everyone understands this.” Addressing the need to change and educating the industry on why it needs to change and the sense of urgency behind it, were a few of the many subjects discussed during the one day conference dedicated to sustainability. However, the very phrase itself remains somewhat of a oxymoron, a conundrum within the industry, something seen as unappealing to consumers and unattractive as well as costly to manufacturers.

Excited to be speaking at the #CopenhagenFashionSummit. Though still think sustainable fashion is an oxymoron. We need a better term.

Sustainable fashion has become a 'cliche'

“Sustainable fashion is almost a cliche now,” added Amed during the panel ‘The Power of the Media’. “You shouldn't say it, it does not sell...consumers want beauty. But I think it is time to educate consumers that good design is sustainable.” For years sustainable fashion has been seen as something unappealing in the eyes of the majority of consumers, placed on the same level as tie-dyed hemp t-shirts and rainbow, woollen socks - hippish, weird and certainly not desirable. But if sustainability and innovation are to become the new norms within the industry than this misconception needs to be addressed on both a consumer and manufacturer level. “Responsible fashion is many things. It’s worthy, it’s important, it’s complicated, it’s challenging, it’s necessary - but it is not sexy," pointed out Vanessa Friedman, fashion director and critic at the New York Times in her talk 'Sex and Sustainability'. So how do you make sustainability sexy?

One of the main ways brands and retailers can make the message and importance behind sustainability seem more attractive is through storytelling."When it comes to consumers the talk needs a little work,” noted Friedman. At the moment most of the communication surround sustainability tends to get bogged down by technical and boring phrases, according to Friedman, who stressed that the industry needed to work innovatively in terms of communication regarding sustainable fashion. “Fibers, exciting. Factories, ooh. Waste - I get chills, you do too right?” Although these issues and areas are incredibly important to the industry, most consumers simply are not interested in which factories their clothing was made or what happened to the waste - just as long as it was produced in a safe and ethical way. “It’s as if everyone thinks that by dressing up the industry initiatives in complicated verbiage and scientific references the weightiness of the subject, the importance with it needs to be taken is made clear,” she added.

A photo posted by Copenhagen Fashion Summit (@copenhagenfashionsummit) on May 14, 2016 at 1:32am PDT

“But the truth is that there is too much explanation and too little dramatization,” she stressed. Which is surprising for an industry known for it drama and flair. “It’s time to figure out the pop culture pitch.” For example, actress Emma Watson managed to stir up quite the media frenzy with her custom-made Calvin Klein ensemble for the Met Gala earlier this year. But what people did not realise until later on was that her outfit, consisting of a train, trousers and bustier were part of Livia Firth Eco Age Green Carpet Challenge - which meant that her outfit was made using the GCC Principles for Sustainable Excellence. “The body of the gown is crafted from three different fabrics, all woven from yarns made from recycled plastic bottles,” wrote Watson on her Facebook page. “Plastic is one of the biggest pollutants on the planet. Being able to repurpose this waste and incorporate it into my gown for the #MetGala‬ proves the power that creativity, technology and fashion can have by working together.” This is a clear example of how design, media and storytelling came together to convey the importance of responsible fashion. 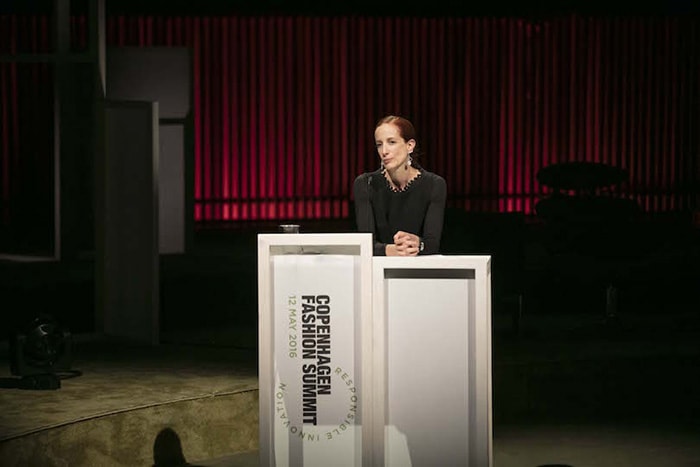 However, although Watson’s outfit managed to capture both the media and the public eye, the other two outfit designed by Calvin Klein for actresses Lupita Nyong’o and Margot Robbie did not garner much attention, which in part can be linked to the medial. When asked how journalists push certain stories forward during the panel ‘Power of the Media’, Edwina McCann, Editor-in-Chief for Vogue Australia stressed that “great storytelling and qualitative journalism” were key factors, as well as certain events, such as the Met Gala. But storytelling is changing as well, according to Amed, who believes that reporters and writers alike should be working together with the industry to tell more “mindful stories” in “user friendly narratives.“How they tell the stories is how they will get the right response.” These narratives could be in the form of an Instagram photo campaign for example, or a Tweet, as long as it is on a platform which is relatable to the targeted audience. “Stories. That is a word we have heard a lot today and it’s important. Because stories are the currency of communication in this world,” stressed Friedman. “A few pages, or 140 characters, or a paragraph or a video that lasts 60 seconds.” She notes the increasing popular of video platform Snapchat and how it gives its users the freedom to create their own ‘stories.’

A photo posted by Copenhagen Fashion Summit (@copenhagenfashionsummit) on May 12, 2016 at 8:12am PDT

“In all the increasing white noise that is what breaks through. Because stories create emotions. They help us order the world in an accessible and immediate way. That is why Rana Plaza is still mentioned today, it put a human face on a generic supply chain. And no one could forget it.” By translating the importance of sustainability in a easy to digest way, such as a comic book for example, or a bedtime story the possibilities of reaching the intended and unintended target customer is endless, said Friedman. She acknowledges the difficulties linked to making responsible fashion look sexy to the public, but highlights the film adaption of Michael Lewis bestselling book ‘The Big Short’, which revolves around credit-default swaps and how Hollywood made it into a hit. “That’s what you need. You need Margot Robbie in a bathtub.” The movie uses the age-old promise of sex to reel viewers in which is what Friedman thinks the industry needs to “shock people into paying attention.” 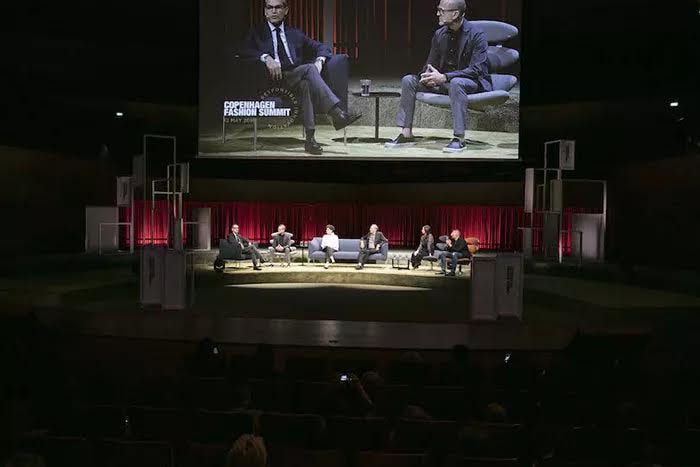 Friedman does admit that the sex angel has been used tirelessly within the industry with numerous supermodels but suggests using other angels to hook customers, such as adidas’ Ocean Plastic shoe, which focused on saving the oceans by using recycled plastic. “Sex and sea life - although neither of these two ideas are new...It's not the specifics that is the take away here, it's the approach,” concluded Friedman. Both sex and life are universal concerns that everyone can relate too and connections are made. “You may think sustainability is a universal concern - but don’t assume the rest of the world thinks that way. You need to connect that to what they are care about to make them realise it. Grab the tools of the pop culture conversation and make you own mitts. Find the hook… the stories are up to you. But find them and go forth.”