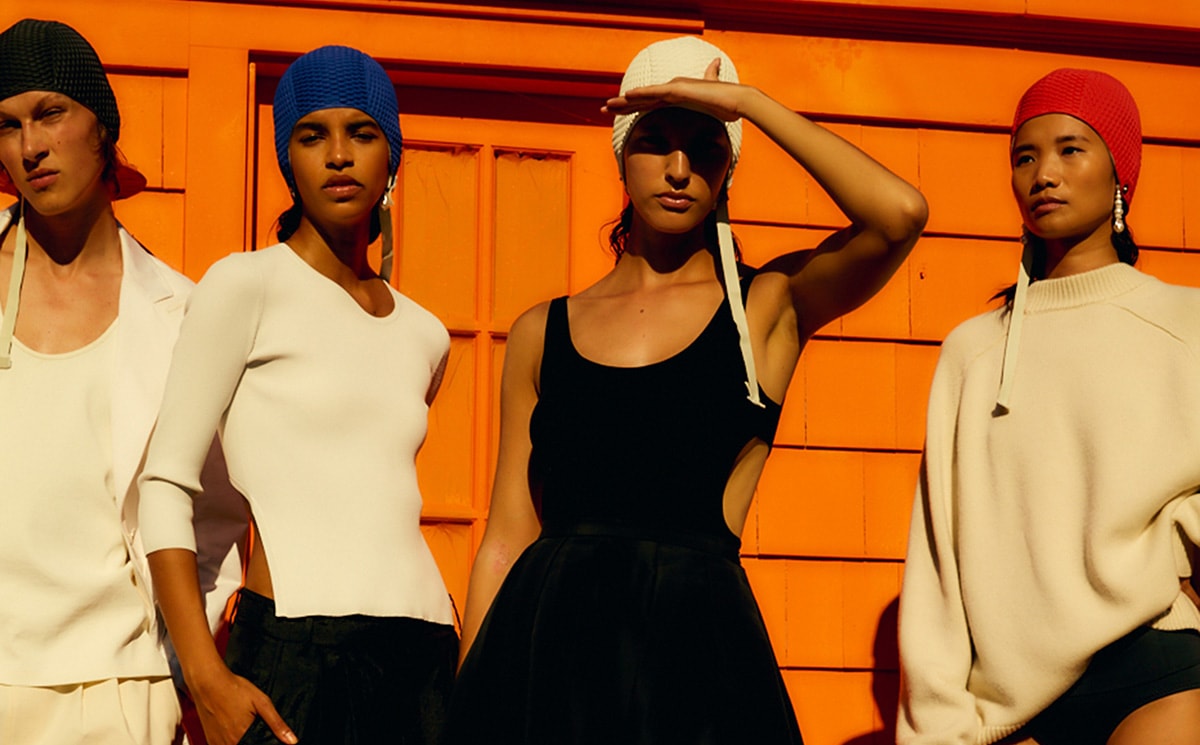 Despite no audiences, NYFW aims to support up-and-coming designers

With almost no live audiences and few major names, New York Fashion week, which opens Sunday in city that was ravaged by the pandemic, is not giving up -- and is trying to help American designers survive an unprecedented crisis.

Don't bother looking for Michael Kors, Tommy Hilfiger or Ralph Lauren, regular heavy-hitters on the lineup. They won't be attending this Fashion Week, which will last only three days, from Sunday evening to Wednesday.

Eager to sell off some of the considerable stock accumulated since the start of the pandemic and sometimes held back by a much-slowed production chain, the big designers are showing their new collections later, separate from the usual fashion calendar.

Marc Jacobs has given up his spring-summer 2021 collection altogether.

The only fashion giant attending this week will be Tom Ford, who will show his new collection virtually for the closing event Wednesday night.

His presence is a symbol of the willpower of the Council of Fashion Designers of America (CFDA), of which Ford is the chairman, to support American design houses of all sizes -- many teetering on the brink.

Historically, American high-end ready-to-wear designs have relied heavily on department stores, which were in bad shape themselves and have fallen like dominoes during the pandemic, from Barneys and Lord & Taylor to Neiman Marcus.

In-person fashion shows have practically vanished from the calendar this season, with a few (very rare) exceptions, including Jason Wu's opening show on Sunday, or Rebecca Minkoff, whose presentation is on Tuesday.

Even if New York has become one of the stronger case studies in recovery, the US has struggled to get the coronavirus pandemic under control, which explains the discrepancies with Paris, Milan or London fashion weeks, where live fashion shows were much more frequent.

Apart from health risks, "when trying to simply pay as many employees as I can and not have to make further cuts or furloughs, to spend several million dollars on a show makes no sense," Ford said in an interview with industry publication Women's Wear Daily.

Ever the pragmatist, the 59-year-old, generally clad in a black suit, doesn't anticipate a "normal" season before fall 2021.

In order to help American designers hang on, the CFDA invested in a new platform -- named Runway360 -- that is accessible to designers for free and lets fashion houses show their collections and create virtual events around their designs.

More than 50 of the 70 or so designers on the agenda for New York Fashion Week are using Runway360. Some of them have filmed their shows in New York in advance and will stream the videos at their appointed time.

But even without in-person shows, "fashion is a business, and Fashion Week is a platform for designers to do business," CFDA CEO Steven Kolb told AFP.

Crucially, "Fashion Week is about jobs... it's about people's livelihoods. It's about moving forward, but cautiously, with safety in mind," he said.

Many young designers view this uncharted period as "an opportunity to get exposed," said Geoffrey Owens, an African-American designer showing his very first collection for his label Zoonek at the Flying Solo show.

Just one year ago, Owens, also a minister, was cutting hair in his salon in Virginia Beach, dreaming of fashion.

Already skilled in drawing, he learned how to sew in just 30 days and was able to "activate that gift."

"Doors have been opening ever since," he said.

Fellow newbie Fashion Week presenter Mohamed ElMadawy echoed the hope: "Those big brands are not showing as aggressively anymore, so I think I have a better chance" of breaking through, he said.

ElMadawy is Egyptian and has been living in New York since 2012. He is showing his first collection at Fashion Week for his brand Elmadawy on Sunday, also at the show by Flying Solo, a cutting-edge boutique in SoHo that scouts and promotes emerging designers.

For Owens, a designer's role is to "set the bar" for society and "bring us out of... that dark place" of the past six months.