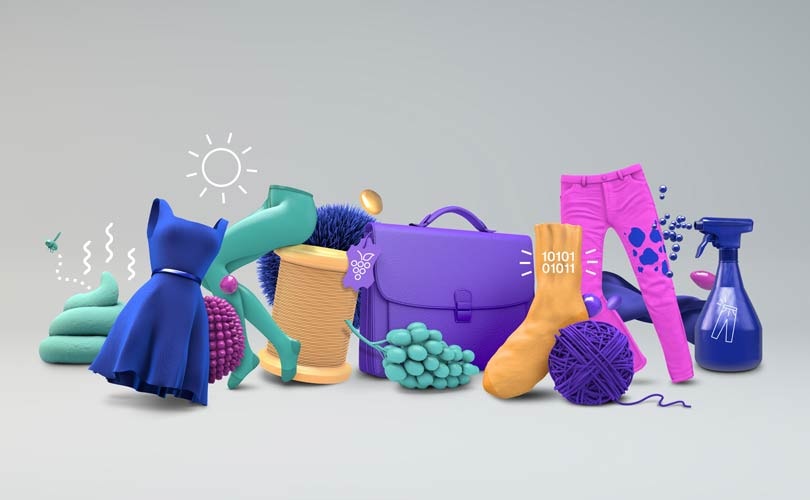 London - In its efforts to encourage textile innovation and led the way towards a circular economy within the fashion industry the H&M Foundation has launched the second cycle of its annual Global Change Awards. Now the second round of 5 winners have been selected and H&M has opened up its voting up to the public to decide how the 1 million euro grant should be spilt.

By opening up the vote to the public, the H&M Foundation hopes to encourage individuals to use their voice to influence the fashion industry and help contribute to a more sustainable future. The online vote, set to run from March 27 to April 2 on globalchangeaward.com, lets the public vote for one of five ideas designed to bring around sustainable change within the fashion industry.

The five winners of H&M 2016 Global Change awards offer a wide range of ideas and include: a digital content thread which facilitates recycling of apparel; a carbon-binding nylon made from biomass and solar energy instead of oil; vegetable leather crafted from wine production waste; used denim used to dye new denim; and transforming cow manure into biodegradable textiles. 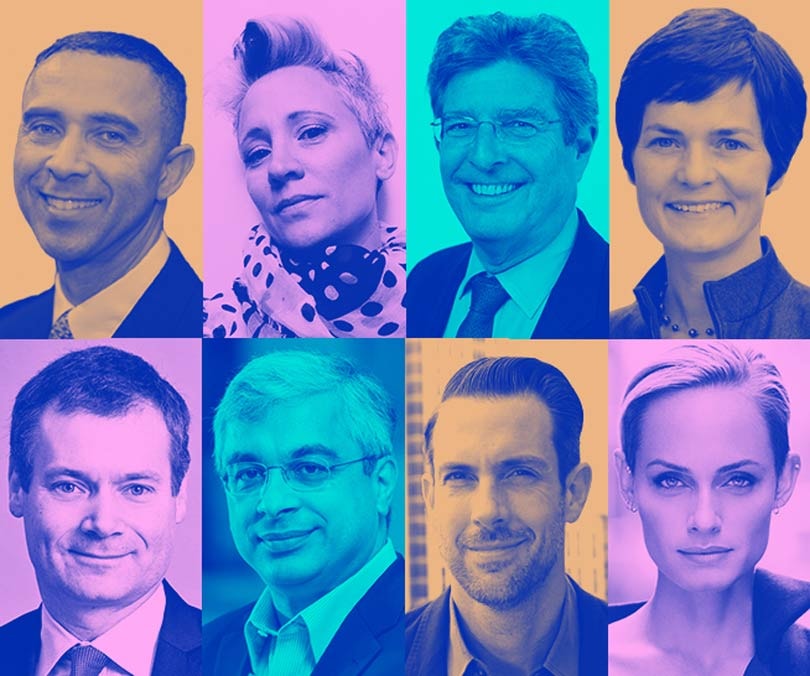 "The second round of Global Change Award received 2,883 innovative ideas from 130 countries, which is even more than last year," commented Karl-Johan Persson, Board member of H&M Foundation and CEO of Hennes & Mauritz. "Cross-border challenges call for a cross-border approach. I am convinced that by bringing people from different industries, with different backgrounds and perspectives together we can make a fundamental shift, speeding up the transition to a circular waste-free fashion industry."

A panel of international experts, including Vikram Widge, Head of Climate and Carbon Finance at the World Bank Group, Rebecca Earley, Professor in Sustainable Textile and Fashion Design at University of the Arts London, and Ellis Rubinstein, President and CEO at The New York Academy of Sciences, selected the five most promising innovations for the second cycle of the programme, who are set to spilt the 1 million euro grant between themselves.

"On a planet that is not sustainable, every industry must change its practices," said Ellis Rubinstein, President and CEO at The New York Academy of Sciences and member of the Global Change Award expert panel. "The Global Change Award is one of the boldest efforts to catalyse transformation in an unsustainable industry, and H&M Foundation’s prize winners embody the enormous potential of innovative science and technology to make a difference." 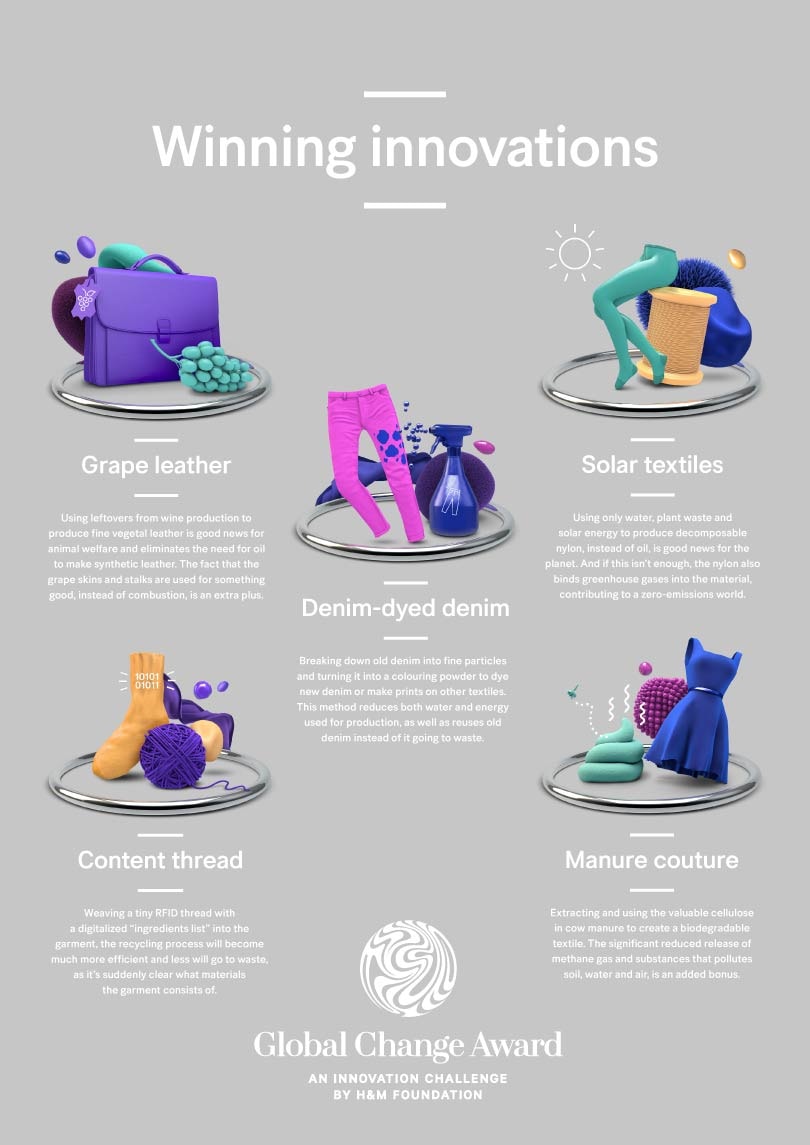 Each of the five winners offer innovative solutions to reusing waste products to facilitate the recycling of old materials into new garments, an important step to moving towards a circular economy. The innovation which receives the most public votes is set to receive a grant of 30,000 euros. The second highest innovation will receive 250,000 euros and the remaining three winners will each receive 100,000 euros.

The leading winner from H&M first cycle of the Global Change Award, the Finnish team behind making wast-cotton new, is said to be hard at work at making recycled cotton a closed loop cycle, free from pollutants and waste. In order to complete its project, the team has applied for additional funding for another three years from the Finnish Funding Agency for Innovation. But spokesperson Michael Hummel maintains that winning the Global Change Award played a big part in the positive response the team has received since then, both nationally and internationally.

"Before winning the Global Change Award, our main means of communication was through academic articles and scientific conferences," said Michael Hummel. "The award gave us a broader and more international audience, and in a way it made our discovery more real—something that everyone could relate to. That also motivated our previous partners to stay dedicated to us, as well as new partners to join."

Photos: Courtesy of the H&M Foundation