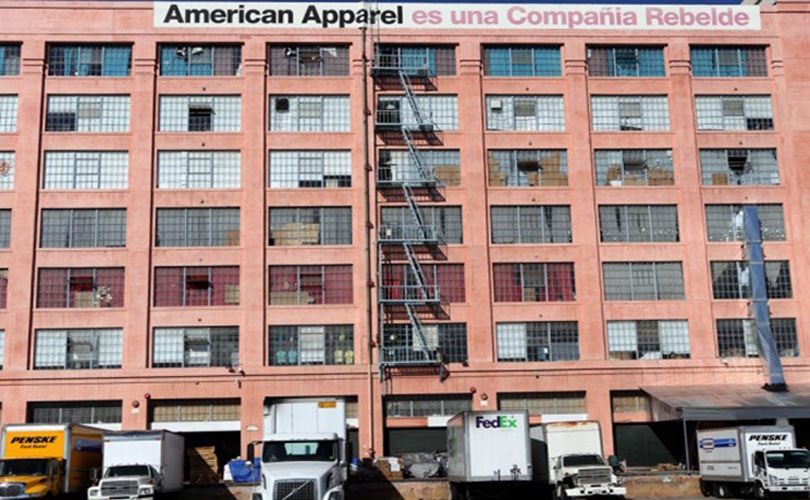 The first time I drove to downtown Los Angeles the contrast of fascinating architecture, dishevelled facades, and homeless pushing trolley carts was a weird experience. It is far from the polished and glamour of neighbourhoods like Malibu or Los Feliz, where I lived, but past the corporate high-rises lies a thriving fashion district. Here you'll find street upon street with buildings occupied by manufacturers, dye and wash facilities, denim developers, fabric mills and sewing rooms. This is America's foremost garment district, amongst which fashion giant American Apparel has its headquarters - a salmon coloured seven-storey factory on Warehouse Street. 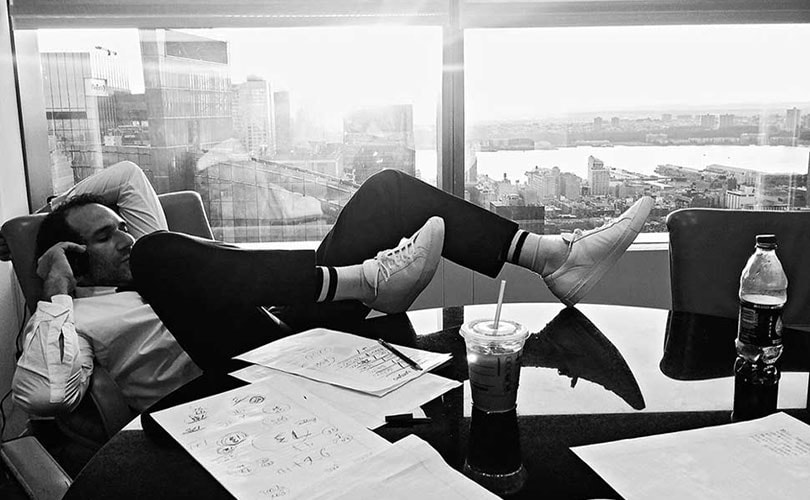 It is here where the now infamous Dov Charney built his vast empire, founded on the notion of Made in Downtown LA, paying fair wages, and of course those sexualised ads. Since Charney was ousted from the company last June, the controversy hasn't subsided. Plagued by profit slides, a beleaguered board, sexual harassment suits, financial woes, a founder who is fighting his way back, and banned adverts, American Apparel has made a polar shift to what it once stood for as a destination for affordable T-shirts and jerseys.

When American Apparel came to London in 2004 it was the coolest kid on the block. Every fashion magazine devoured it, from i-D's streetwear shoots to being mixed with couture for Vogue, you couldn't turn a page without American Apparel staring you in the face. The brand was worn by everyone: high-fashion kids, clubbers, geeks, skaters and gay kids across the world, it seemed to crossed all genres and tribes, all quantified by those ads, however shocking, distasteful yet intriguing. Advertising that was hyper sexualised, it certainly got everyone's attention.

Billboards that peered into the bedrooms of young girls felt grubby

But billboards featuring young girls in their bedrooms felt grubby, even when the company and its founder seemed unstoppable, selling its colourful brand of T-shirts and Y-fronts by the truckload. Until 2010, when rumblings came after a dramatic expansion and the 150 store company found itself on the brink of collapse. 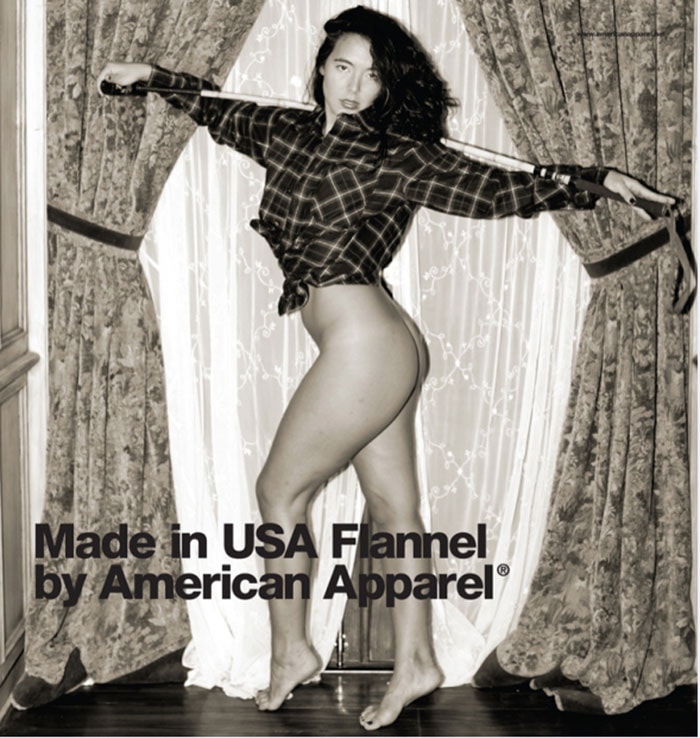 Fast forward five years and little has changed. The hypersexualised ads are still the same, as is the product. This week the Adertising Standards Authority banned an image of girl wearing a thong bodysuit on its website, citing that she looked younger than 16 years old. This is the second ban in six months, after two of its earlier ads were banned for sexualising schoolgirls. People have forgotten the ethics the company was built on, as so much has been overshadowed by its sleazy owner and overtly sexy communication style.

After Charney was pushed out by the board of directors people began to wonder if the ads would change. Ryan Holiday, the company’s director of marketing, told Adweek: “I think that sexuality and evocative imagery, done authentically and honestly, has always been a critical part of the American Apparel aesthetic, and there would be no reason for us to abandon the brand that we’ve built and that our customers love." 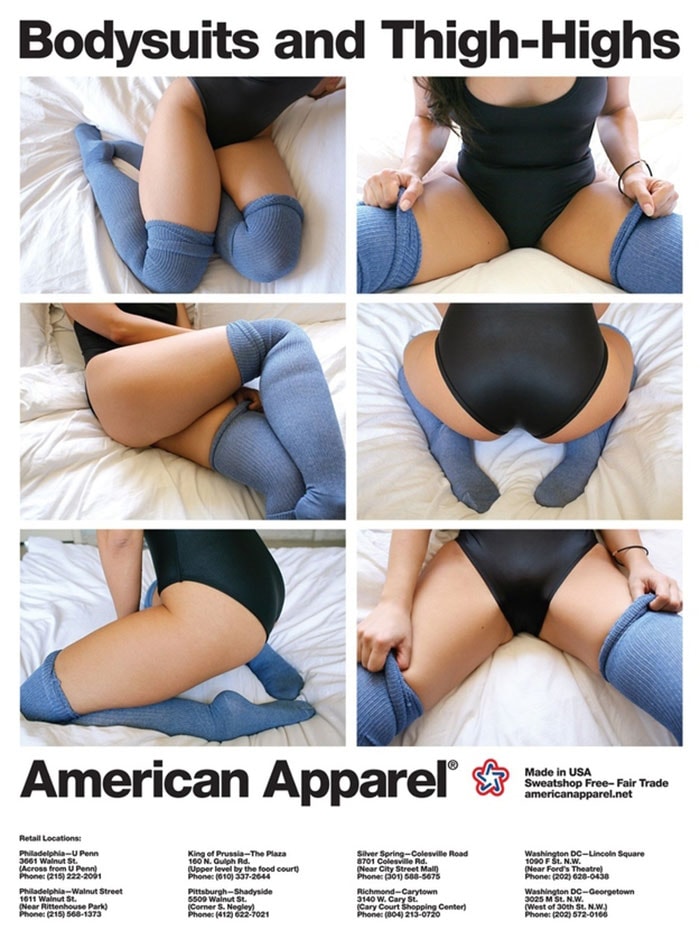 But there is such a thing as overload. Any shock value American Apparel's ads may have had have simply disappeared. It’s been overdone and the world has moved on. Just as Benetton’s iconic ads ran out of steam, the zeitgeist changed. Calvin Klein may still be selling the same underwear he was ten years ago, but each season the campaign is updated to keep the brand fresh and relevant. American Apparel is still pushing out the same adverts, season after season, year after year, and like its product, the advertising feels cheap.

A shift in advertising, however, will not save American Apparel, which has not turned a profit since 2009 and whose share price has since slumped by three-quarters since then. Paula Schneider, AA's new CEO has only been on the job since January, and already has one advertising ban under her wing. Schneider told the New York Times she wants to steer some of the edgy energy toward social issues that its younger customer base might identify with. Let's hope she has more luck than Charney in the last few years.