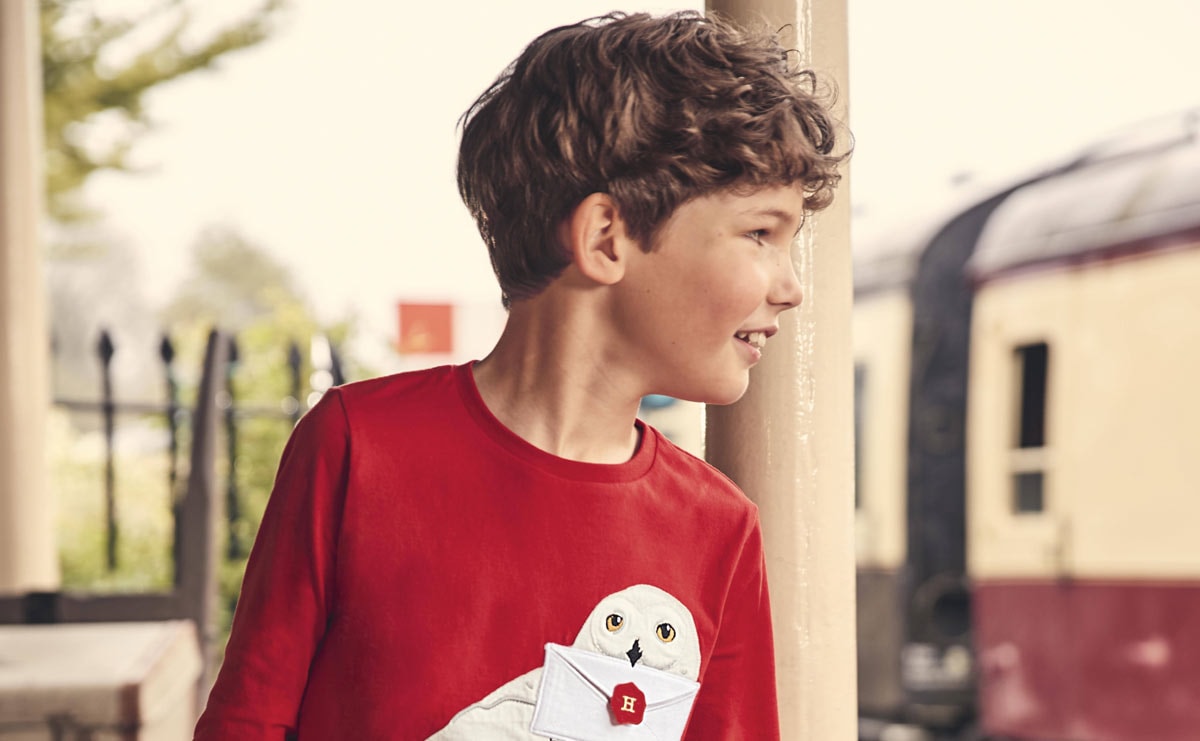 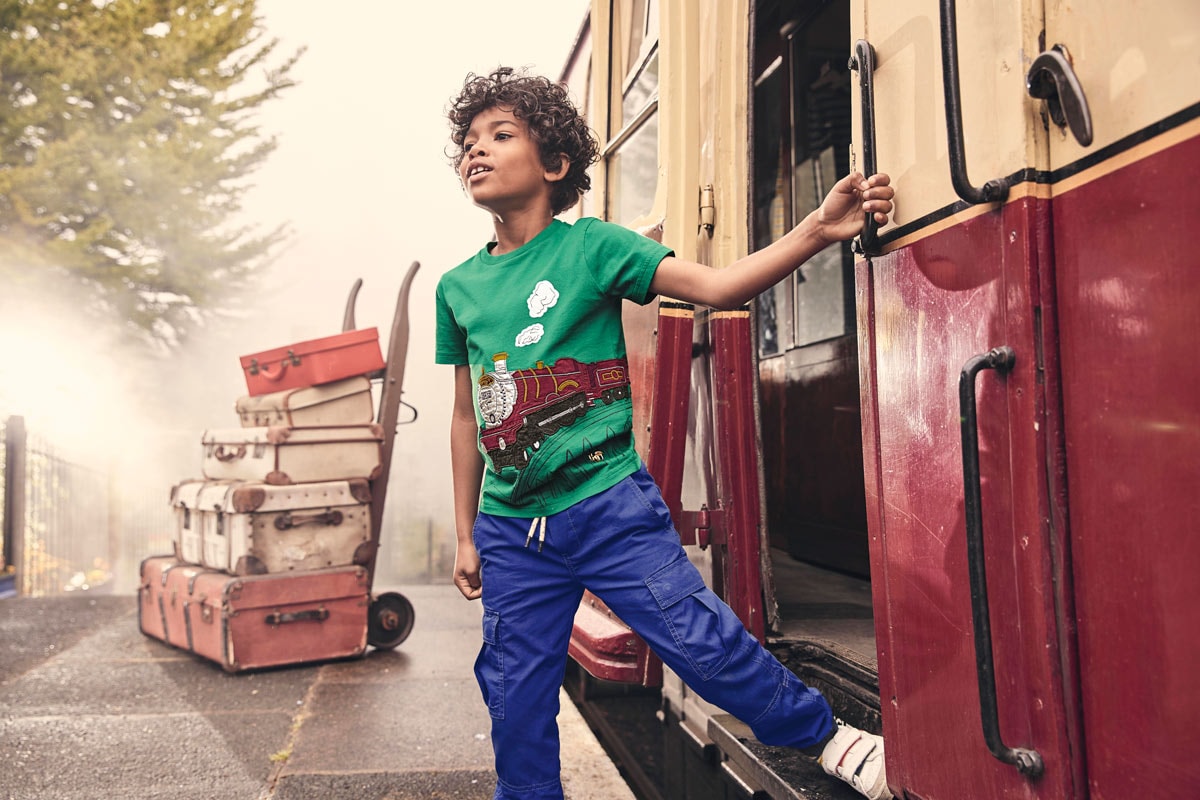 Designed in-house by the Mini Boden design team in partnership with the Harry Potter film company Warner Bros, the 81-piece collection for autumn 2019 will launch in two drops, the first this week, with a second to follow in October. 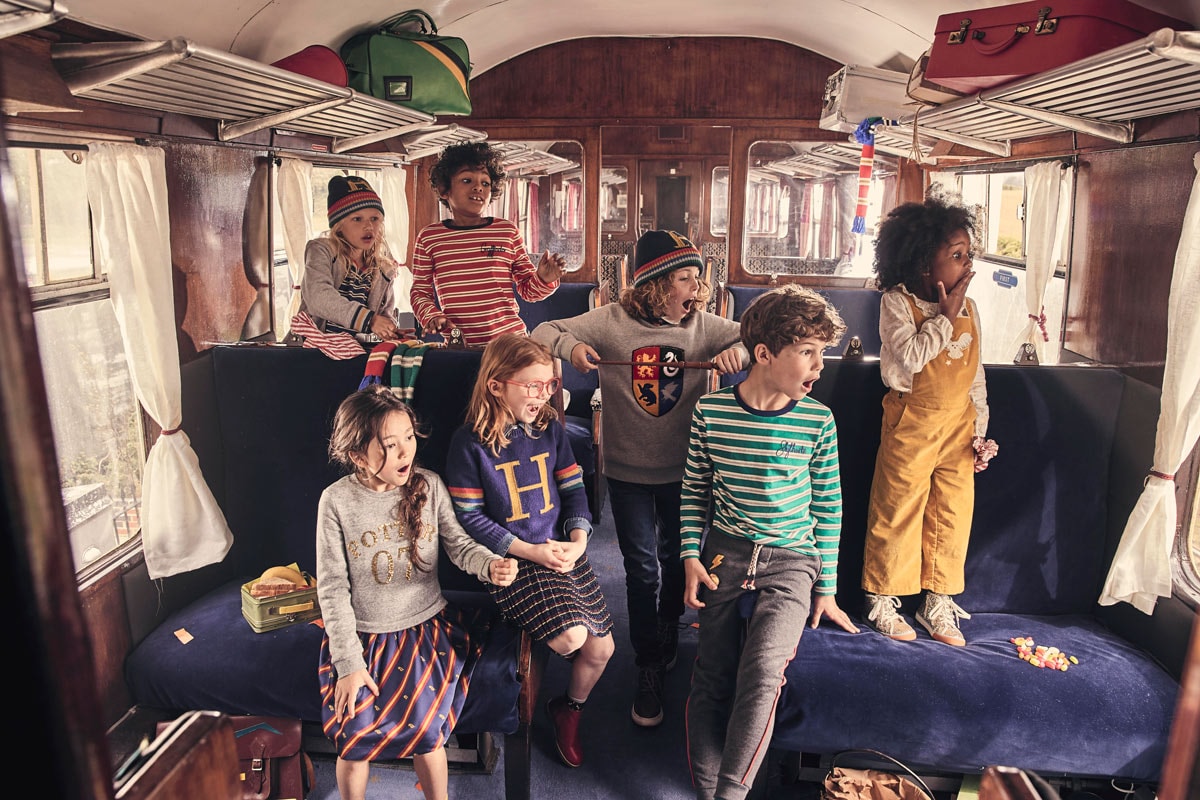 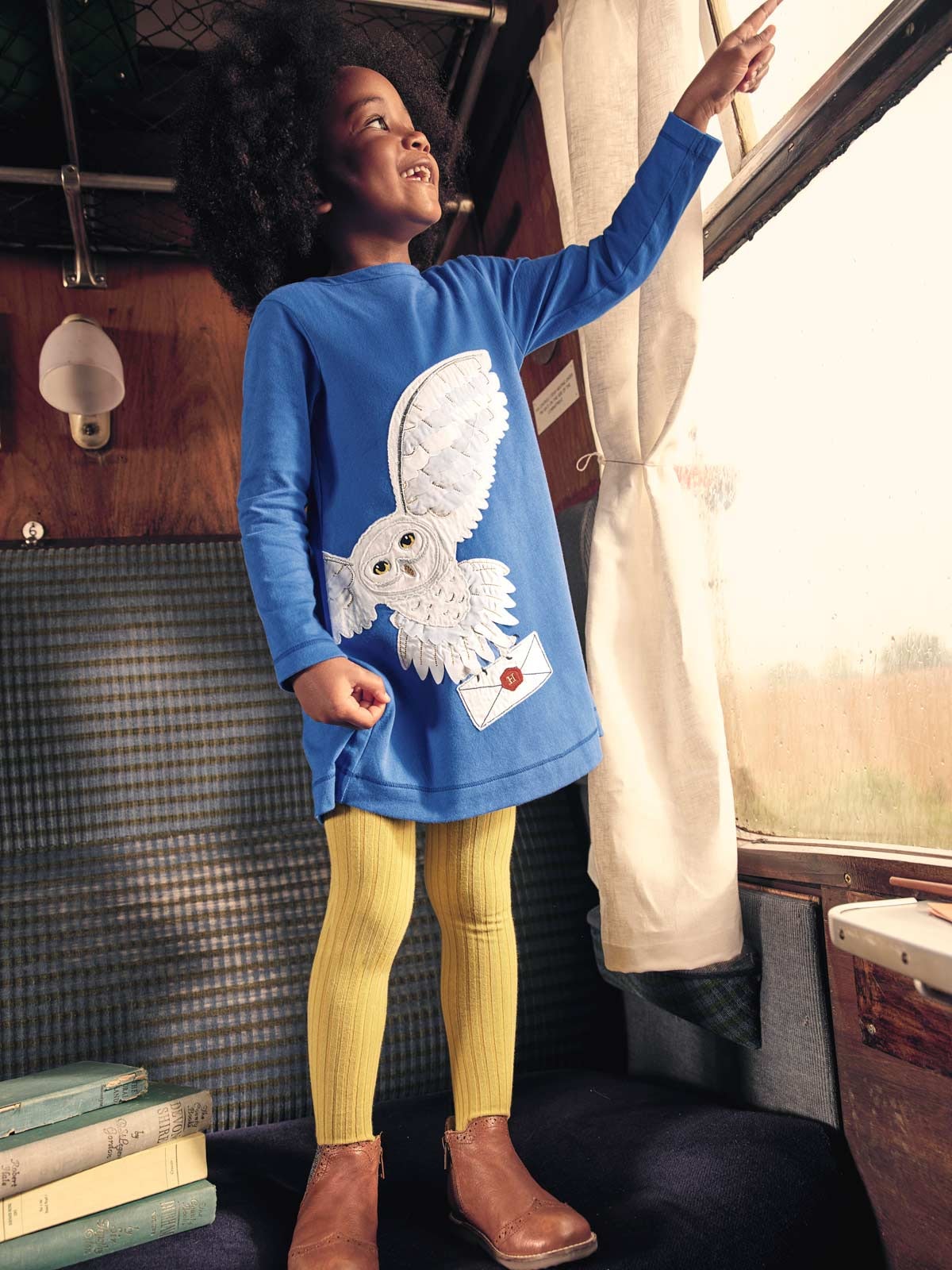 There is a Boden heritage spin on the collection, with a range of ‘Hogwarts Breton’ T-shirts, rugby shirts and babygrows in house colours, as well as stripy tops ones adorned with Harry’s glasses and Golden Snitch motifs, and jeans featuring lightning bolts. 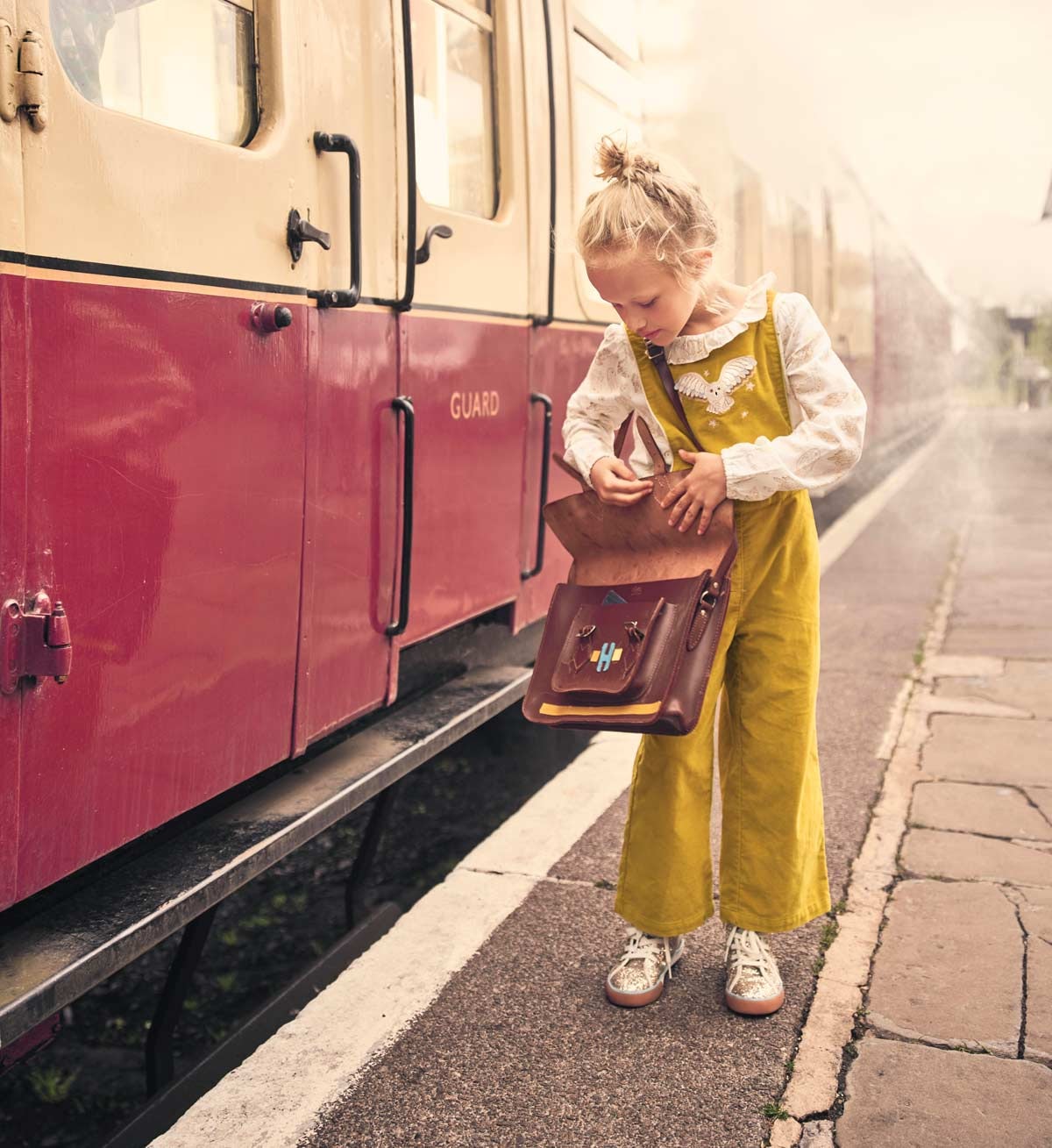 Highlights of the initial drop includes Hedwig the owl embellished on yellow cord dungarees, dresses, jumpers and leggings, while Harry’s iconic lightning bolt scar and glasses have been featured on pyjamas, sequin joggers, and jeans, and Buckbeak the Hippogriff can be seen flying around the hem of a tulle skirt and on a velvet embellished bomber jacket. 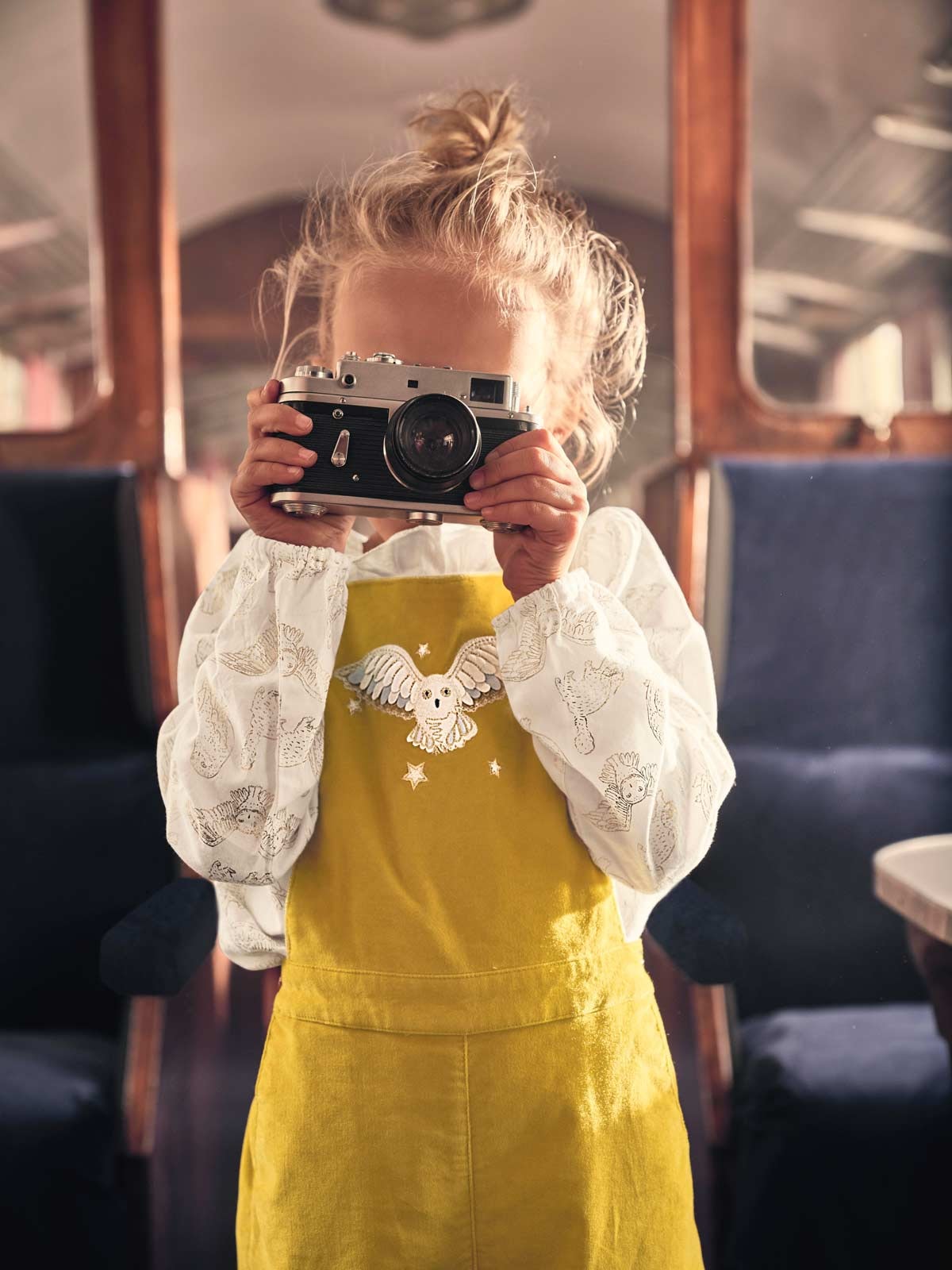 Other enchanting pieces includes Hogwart House scarfs and hats, a dress printed with owls, crystal balls and powerful potions, T-shirts featuring the Hogwarts Express and the Weasley family car, a blouse featuring all the pets including Crookshanks, Hedwig and Scabbers, and sweatshirts and hoodies featuring the Hogwarts Crest, the Seeker and Potter 07. 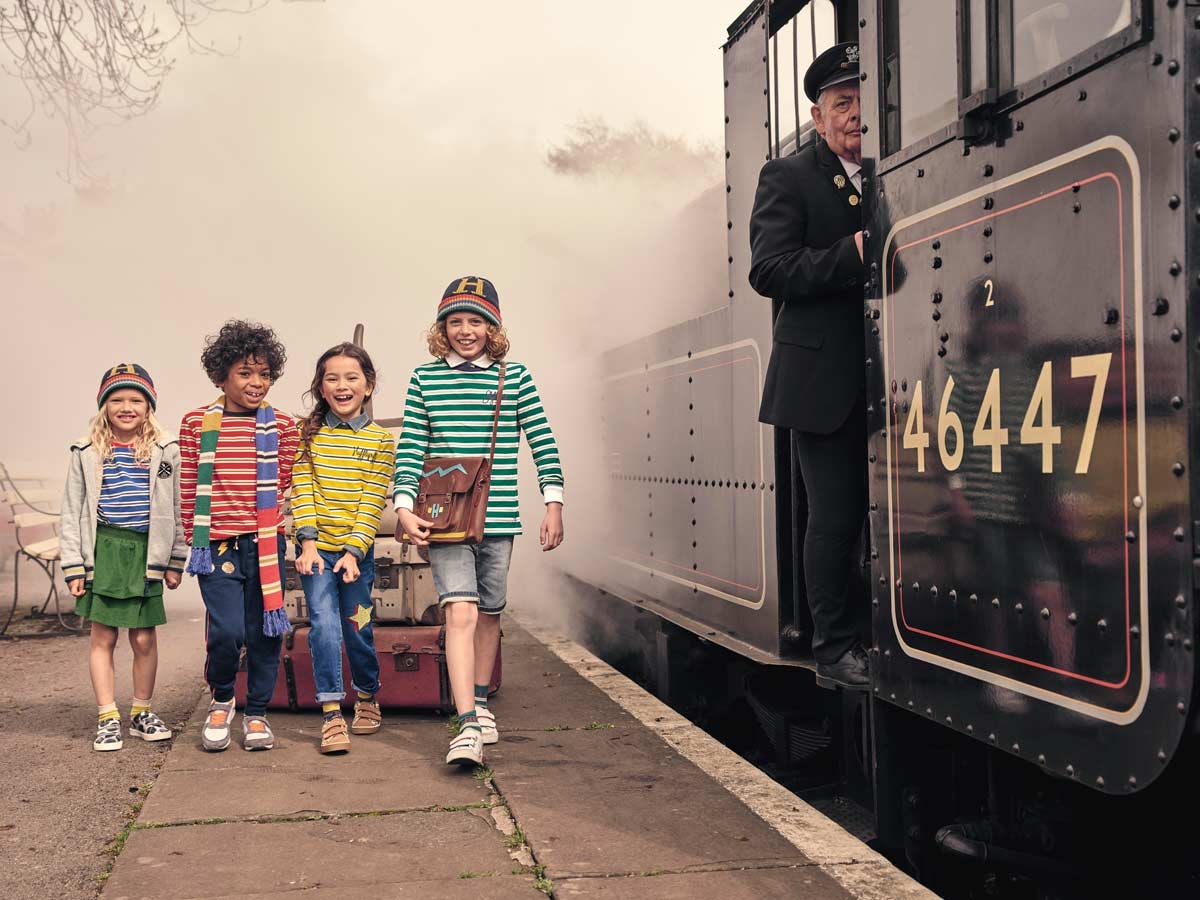 A second drop on October 7, in time for Halloween and Christmas, will include the ‘Protego Maxima Magical’ black velvet clock, alongside a matching party dress in deep purple tulle, and a yellow wool-blend ‘Hedwig Cardigan’ with Harry Potter’s beloved owl in intarsia on each sleeve with a faux fur body. 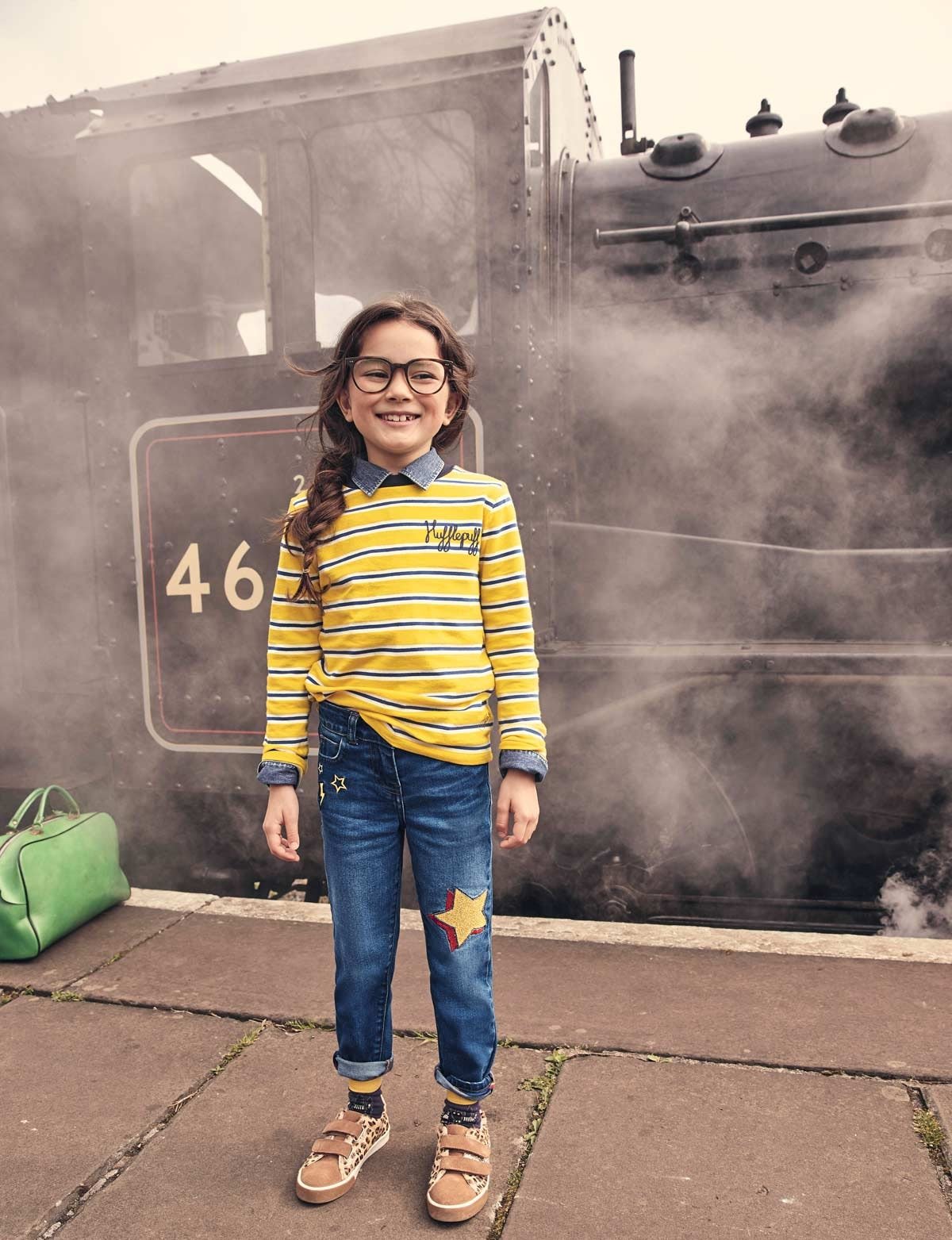 The Mini Boden x Harry Potter collection includes products for boys and girls, from new-borns to age 16 and will be available through Boden’s website, retail stores and at Nordstrom in the US. Prices range from 18 pounds for a 4-pack of socks to 56 pounds for the bomber jacket. 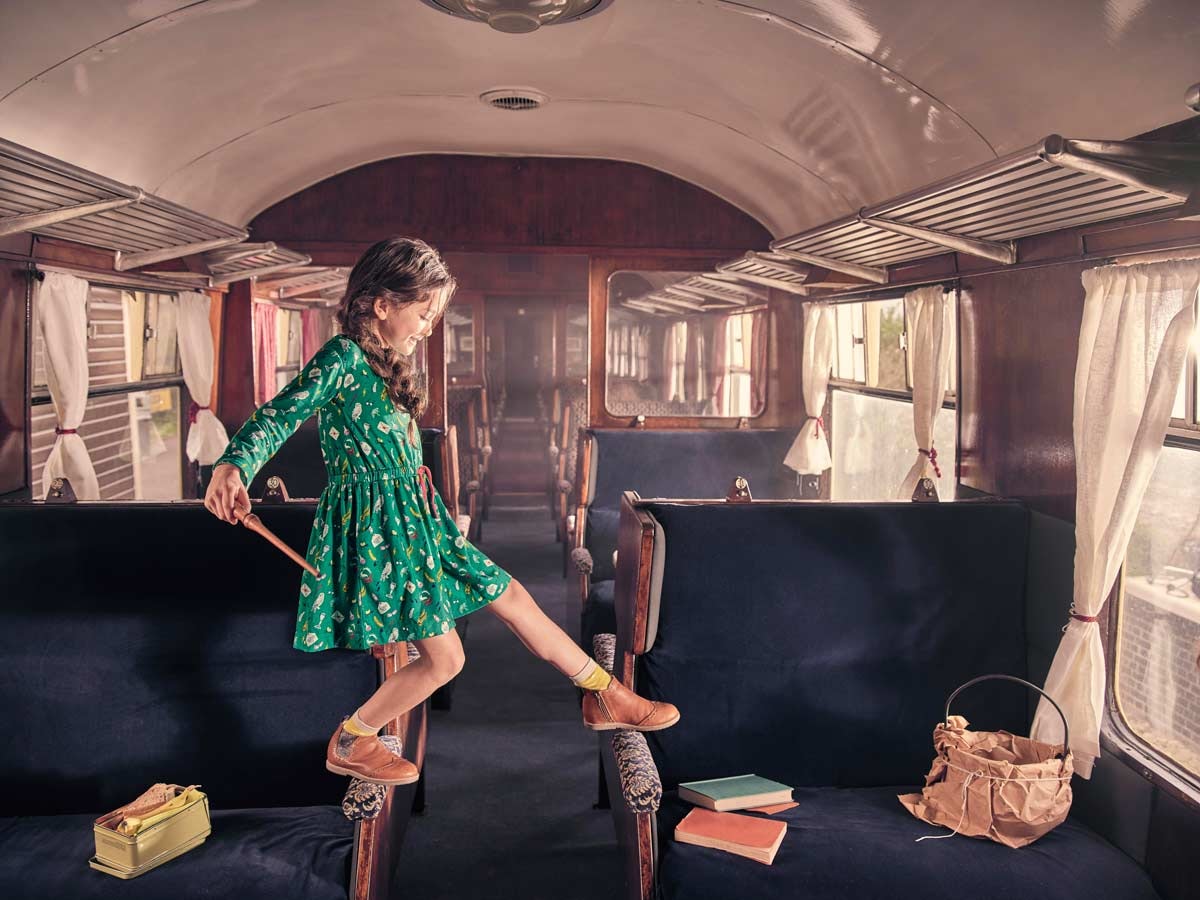 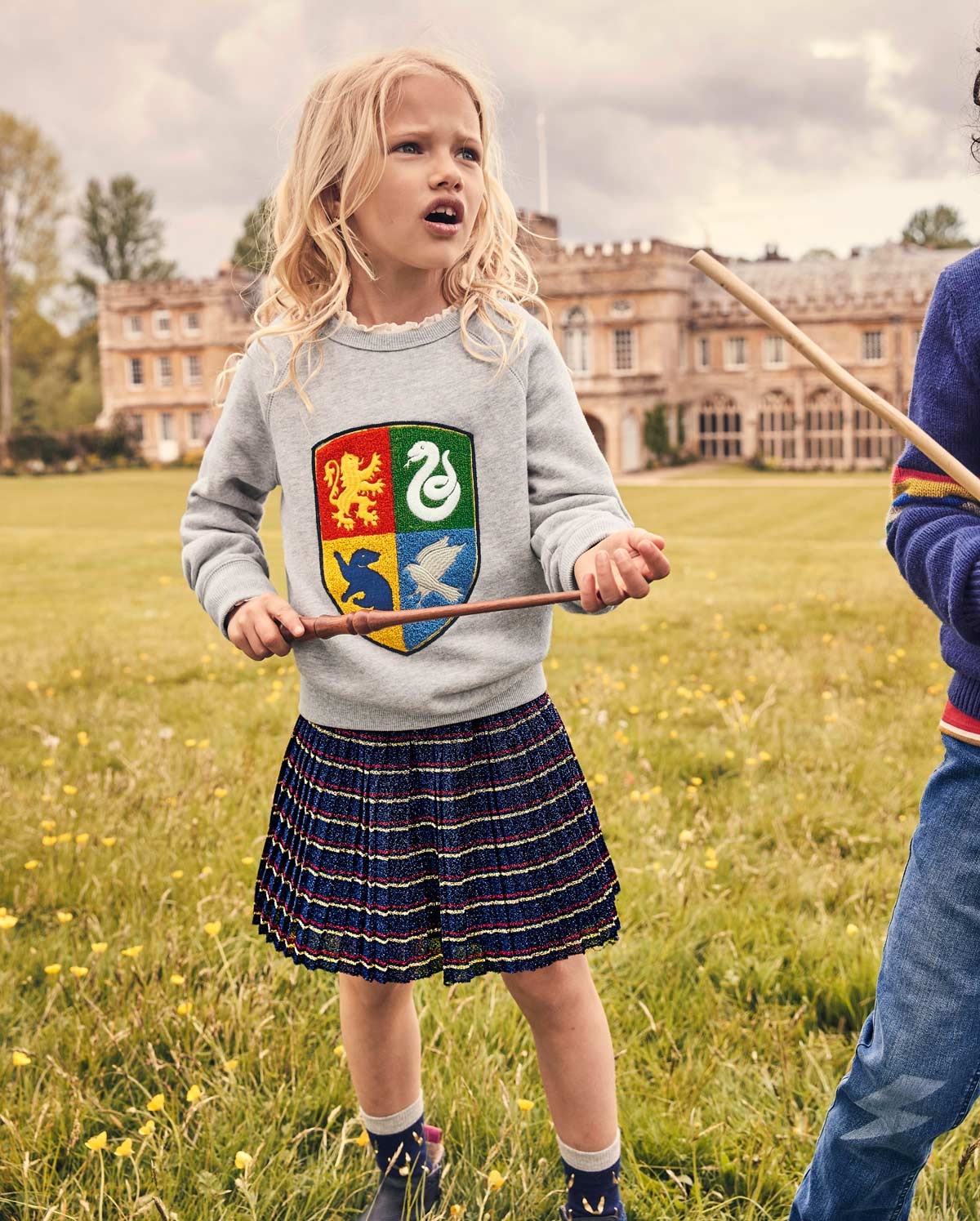 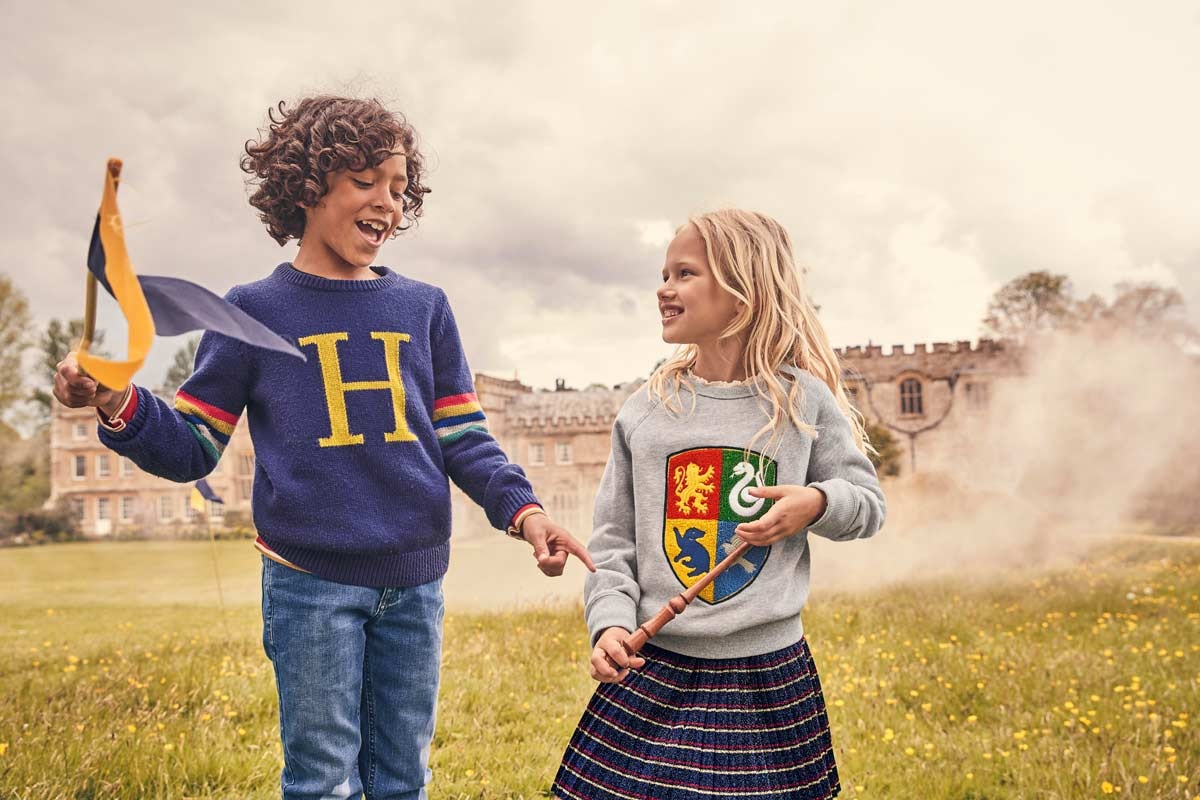 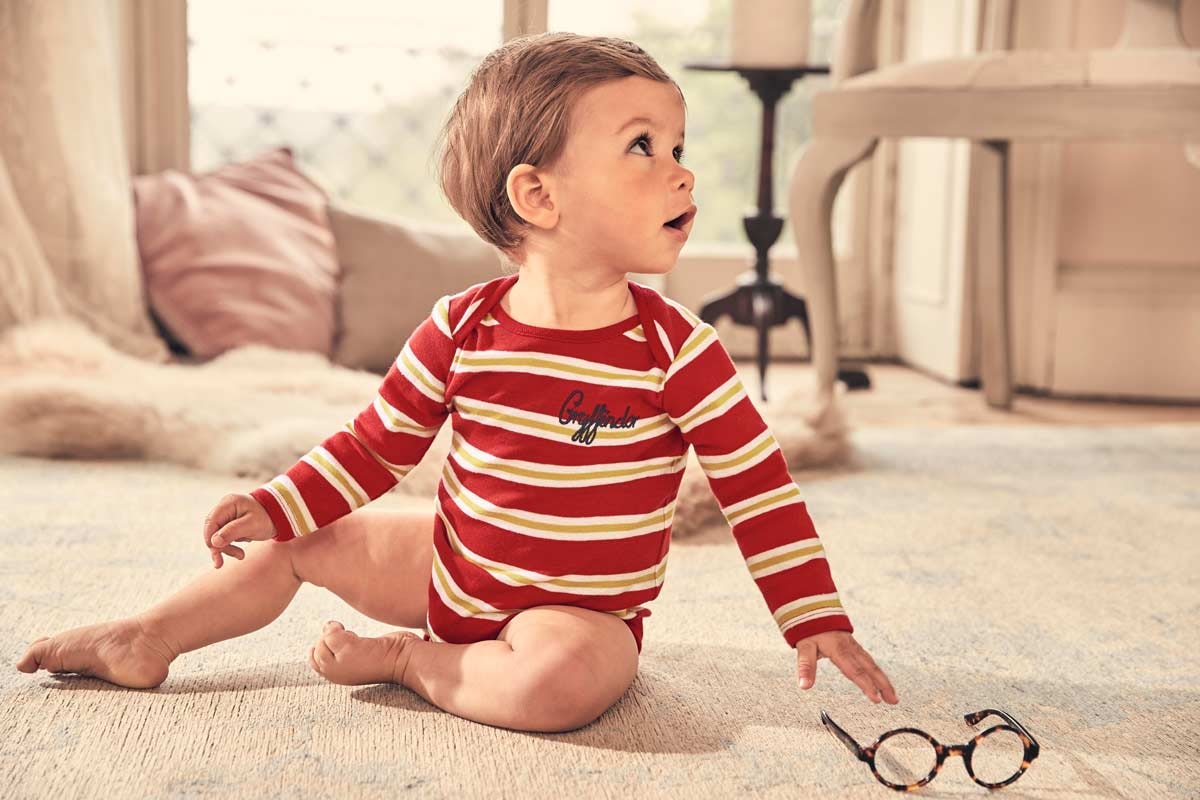