Thebe Magugu from South Africa was crowned the winning designer of the International Fashion Showcase 2019 after the judging panel called him “a leader of his generation” as his installation “not only has striking visual impact but real clarity. It is a space which gives a sense of past, present and a bright future for Thebe and his country”. 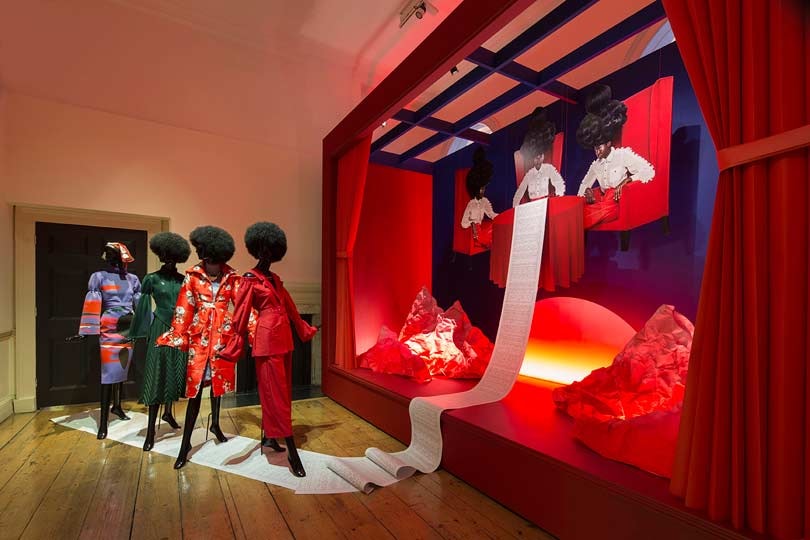 Each designer taking part in the free exhibition presented an installation representing their respective country, with designers exploring politics, sustainability, identity and heritage to showcase their latest designs in immersive environments. For his installation, Magugu presented designs featuring motifs from Africa’s story-rich past but with a forward-looking, global approach, with his installation illustrating the profound changes in South Africa by putting the country’s constitution centre stage.

Alongside Magugu, the judges also presented a number of special mentions, with Duran Lantink from Netherlands awarded a special mention for his collection. The judges said: “There is a sense that the collection is only the beginning of a continuous exploration with countless possibilities and impacts on others working in the fashion industry.” 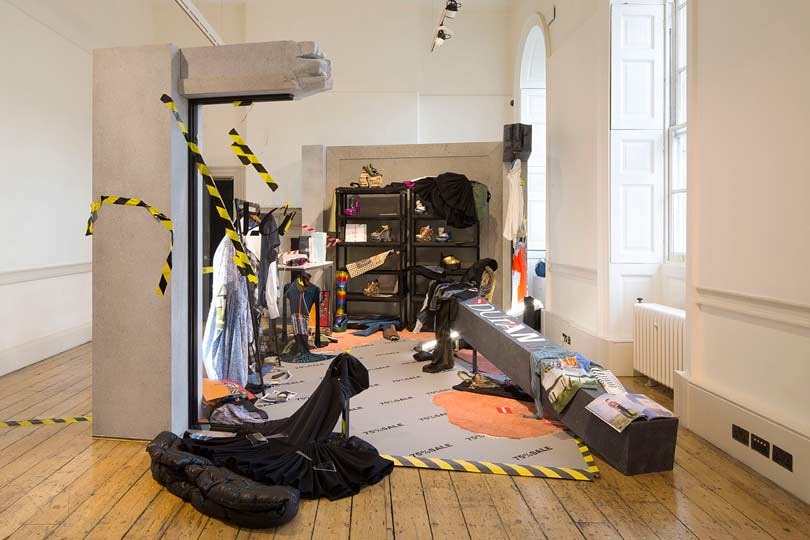 Duran presented straight from the sale bins questioning the permanent state of sale and discount in the fashion industry, casting a critical eye on the phenomena of Black Friday and the resulting sales riots. He also presented 0 Percent Duran, Lantink’s brand which creates fashion without production and refashions garments from discount sites or outlets, giving them a new appeal.

While Cedric Mizero from Rwanda was given a special mention for his curation, for using objects from everyday life in a Rwandan village, including rush mats and pill cases to draw attention to the issues of marginalised communities and cultures in his country. The judges commented: “Cedric Mizero is without doubt a cultural changemaker for his country. His work has the ability to collapse the local and the global into a message that is universal and deeply human.” 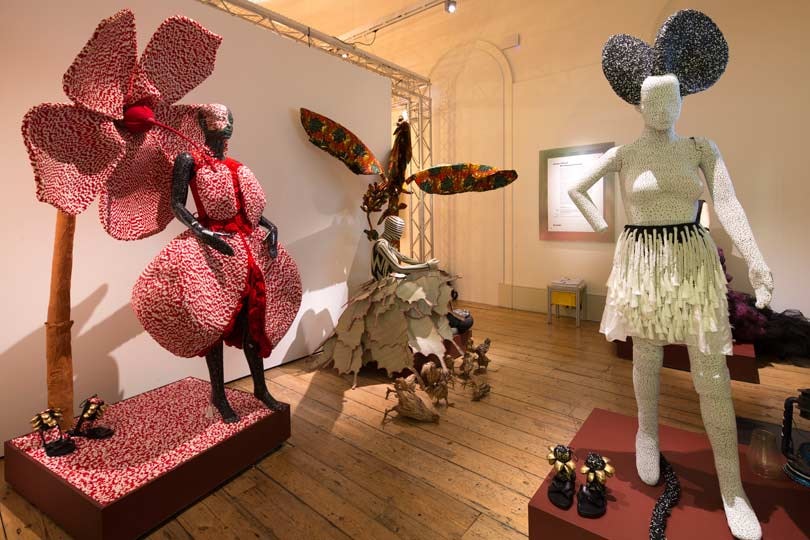 The winners were decided by a panel of cultural and commercial fashion experts chaired by Sarah Mower, British Fashion Council ambassador for emerging talent and chief critic at Vogue.com.

Alongside the exhibition, each of the designers were supported through a bespoke online programme, developed by London College of Fashion, UAL, which covered all aspects of business development from branding to sales and production to sustainability. They also travelled to London in August 2018 to attend a two-week talent development programme. This tailored cultural residency and business skills training was developed to give the emerging designers the professional support that is often difficult to access, provided by some of the UK’s leading fashion and creative experts.

The International Fashion Showcase was established in the year of the London Olympics as a platform for emerging fashion designers to exhibit their work during London Fashion Week as a competition that shares the same values of the Olympics; fraternity, respect, equality and excellence. Since 2012, more than 600 of international designers from 70 countries have exhibited as part of the exhibition.

Being part of International Fashion Showcase can be the springboard to international recognition. Eight designers who have previously shown as part of the International Fashion Showcase have been nominated for the LVMH prize, 32 nominated for the Woolmark prize and four have won awards, these include Bodice and The-Sirius, while 15 have shown on-schedule at London Fashion Week including Rejina Pyo and Xiao Li, and five have been awarded NewGen sponsorship.