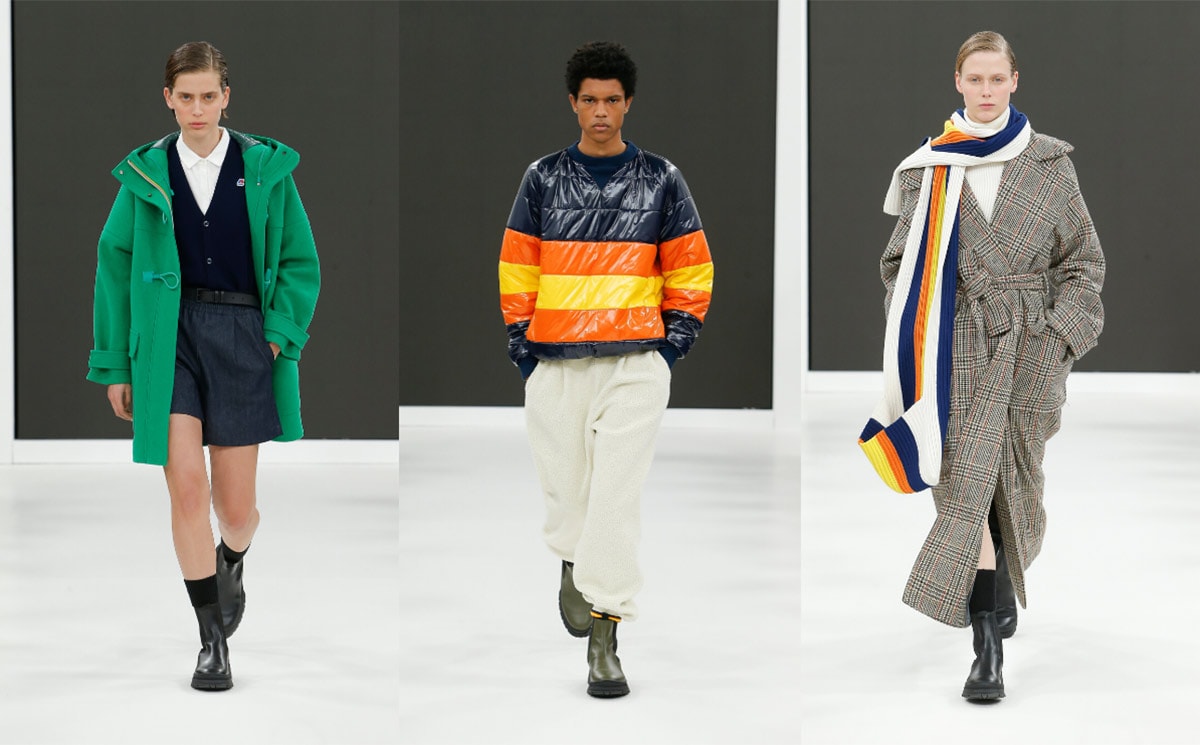 Outerwear brand K-Way, known for its waterproof jackets, took to the catwalk for the first time during Pitti Immagine Uomo 97 to celebrate its “consolidated re-launch”.

K-Way, now part of Turin-based BasicNet Group since 2004, showcased what it described as “the evolution of a contemporary icon” with its co-ed catwalk show at Florence’s Palazzo della Camera di Commercio on January 8. 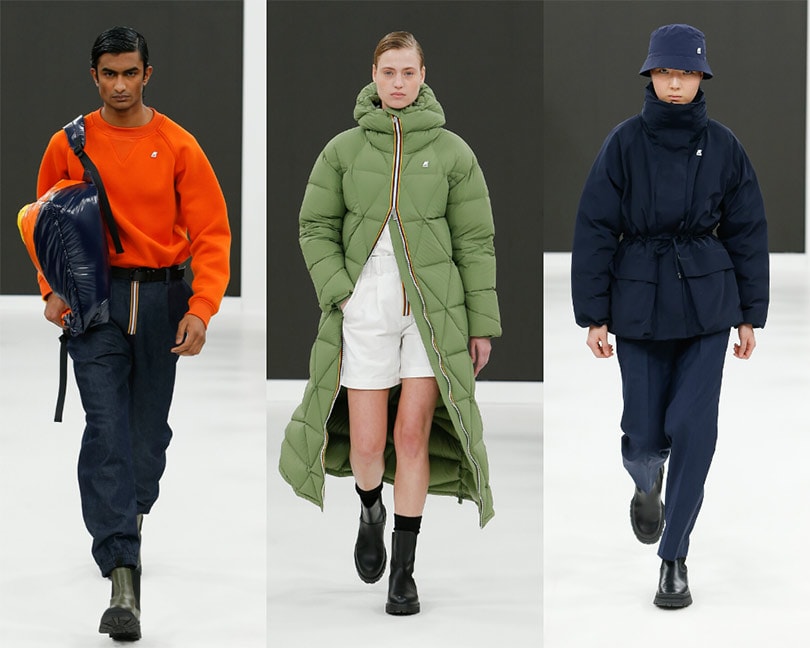 The catwalk show was inspired by the brand’s heritage and its signature ‘Let it Rain’, and saw K-Way presenting some of its most recognisable designs, from their classic outerwear styles, such as its waterproof and wind resistant jackets, to fashion pieces, from their traditional double-faced options to a wide range of the brand’s stylish extensions.

The aim, BasicNet explained was to “illustrate the rebirth, through its iconic pieces, with a suggestive fashion show,” highlighting not only the brand’s practical styles but also how it combines technology and contemporary style to offer pieces that allow “classic and fashion to perfectly co-exist”. 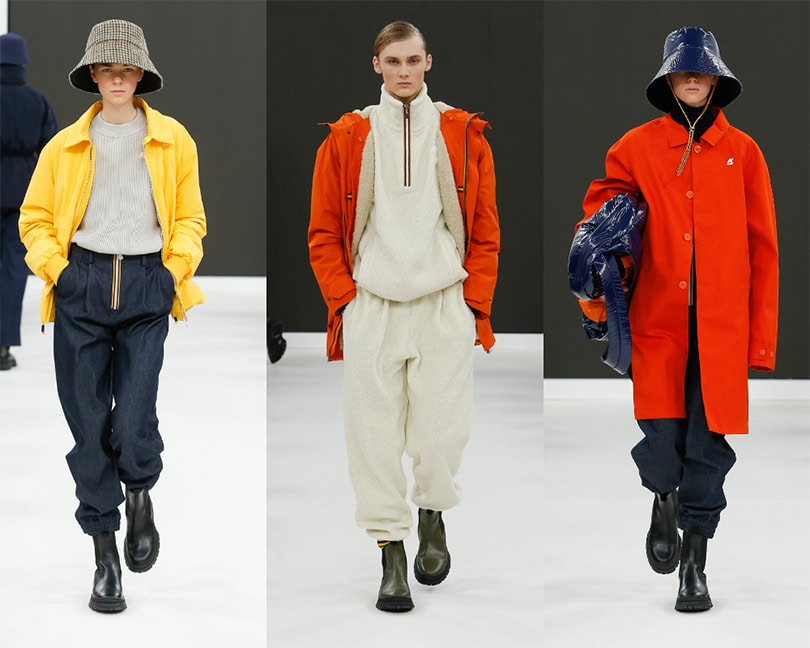 Over the past 15 years, K-Way’s yellow-orange-blue tape, which originally appeared on the zipper, has been reinterpreted in a plethora of unexpected ways and has been creatively revamped for co-branded projects. It has been magnified for macro patterns and even hidden in discreet details, paired with diverse materials, unpredictable textures, new silhouettes and designs. It became the protagonist of groundbreaking styles, meaning that K-Way was always “functional, constantly evolving,” added BasicNet. 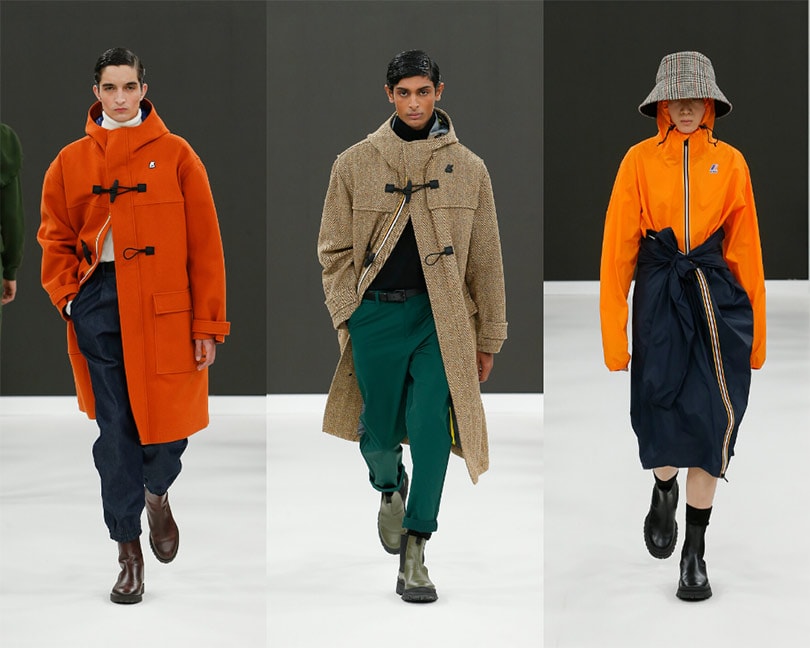 The iconic K-Way yellow-orange-blue tape wasn’t just showcased on the zip, the stripes appeared as statement features across padded jackets, bags, knitwear and scarves, for both men and women.

Overall, the showcases was a colourful affair, with green, orange, yellow, high-shine silver, and navy blue, featured alongside white, beige, black and heritage checks, across various styles from its packable jackets to padded styles and longer-length designs including parkas, trench coats, and capes that added a grown-up feel to the collection.

K-Way was launched in 1965 in Paris by young entrepreneur Léon-Claude Duhamel, who came up with the idea of a small foldable jacket to carry for changeable weather while seating on the terrace of the Café de la Paix observing people in bulky trenches and carrying heavy umbrellas. From that, the iconic K-Way was born, a lightweight, waterproof and water-resistant jacket that had the ability to fold into a pocket. 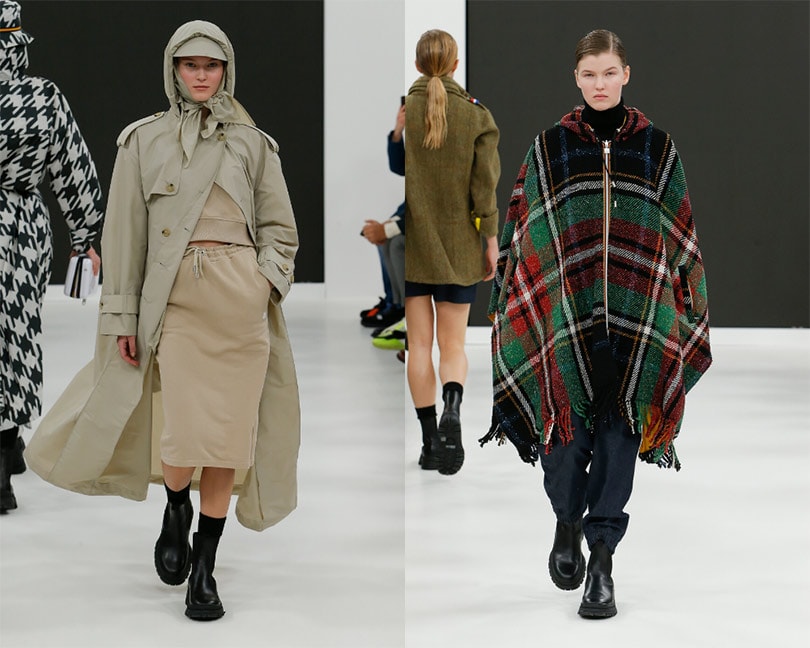 The revolutionary design has made such an impact that the word K-Way is not only a registered trademark, but has also been included in the Italian and French dictionaries, meaning “a very light garment, used to protect from wind and rain, which can be folded into a pocket attached to the belt”.

As part of its appearance at Pitti Immagine Uomo 97, K-Way is also one of the leading brands taking part in the Dictionary Trademarks exhibition, staged at Florence’s Palazzo Borsa Valori. The exhibition features well-know brands that have been admitted into international dictionaries. 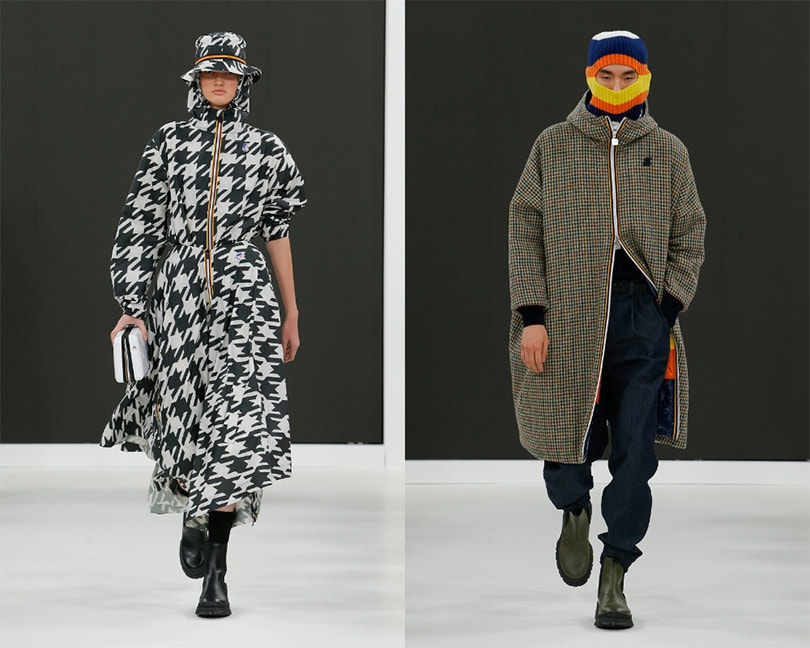