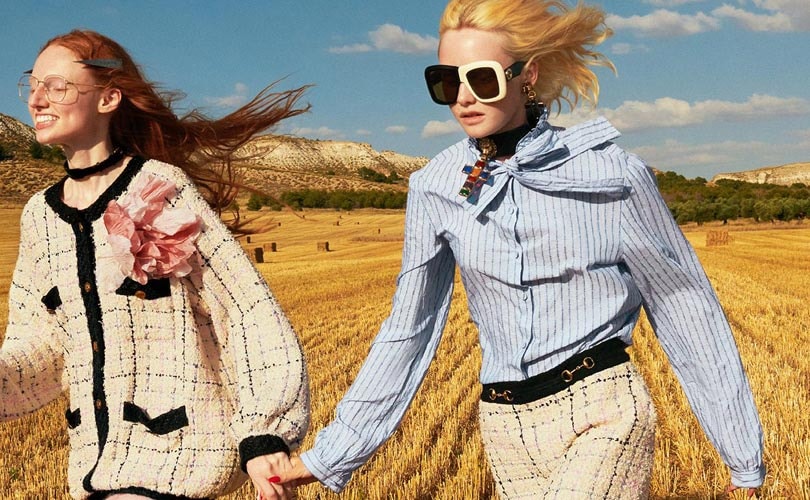 French luxury conglomerate Kering has published new animal welfare guidelines to ensure and verify the humane treatment of animals across its supply chains.

The Kering Animal Welfare Standards are the group’s first-ever set of full standards covering animal welfare for luxury and fashion and have been developed to drive “positive change in industry practices, and beyond".

Kering added in a statement that its animal welfare standards form part of the group’s policy to open-source its sustainability practices and covers all species in the group’s supply chains, including cattle, sheep, python, ostrich and crocodile, and has been developed over three years with input from animal welfare experts, farmers and herders, scientists and NGOs.

All the standards are based on the latest scientific research as well as legislation, comparative standards, best management practices and guidelines from different sectors, added Kering, and the first phase of the standards includes detailed requirements for the treatment of cattle, calves, sheep and goats throughout their entire lives, as well as guidelines for abattoirs.

Kering’s chief sustainability officer and head of international institutional affairs, Marie-Claire Daveu, said: “Improving the welfare of animals must be an imperative for our industry and Kering wants to amplify the focus of attention from a few species to all of the animals, including livestock, within fashion’s global supply chains.

“Reflecting François-Henri Pinault’s vision, our standards are aligned with our commitment to a holistic approach to sustainability, which means having best practices that encompass animals in our supply chains, wildlife around them and biodiversity conservation more broadly. We hope for widespread adoption of the standards through collaborating with our suppliers, our peers in luxury, the fashion industry at large, and with the food sector, in these shared supply chains to ultimately shift how we, as a society, treat animals and nature.”

The luxury group, which includes Gucci, Saint Laurent, Alexander McQueen, and Balenciaga, also added that it has been piloting the standards on the ground with farms in different regions and will “continue to work closely” with the farmers to support further implementation.

The Animal Welfare Standards are structured in Bronze, Silver and Gold tiers to provide clear guidance on critical compliance, with the Bronze entry-level standards reflecting minimum requirements, which it adds “in some cases” go beyond, European legislation. At the highest Gold level, the standards are setting the bar for “best-in-class” practices that can fundamentally transform the industry.

Some of these Gold tier requirements include: prohibiting feedlots and intensive farming in favour of pasture-rearing for better quality of life; promoting regenerative grazing and avoiding “food competition” with sources of human nutrition, which is a growing concern given the world’s increasing population; strict limitations on transport; ensuring welfare for working farm animals; and prohibiting the use of sub-therapeutic antibiotic treatments which avoids the unnecessary contribution to the rise of anti-microbial resistance that is threatening human health.