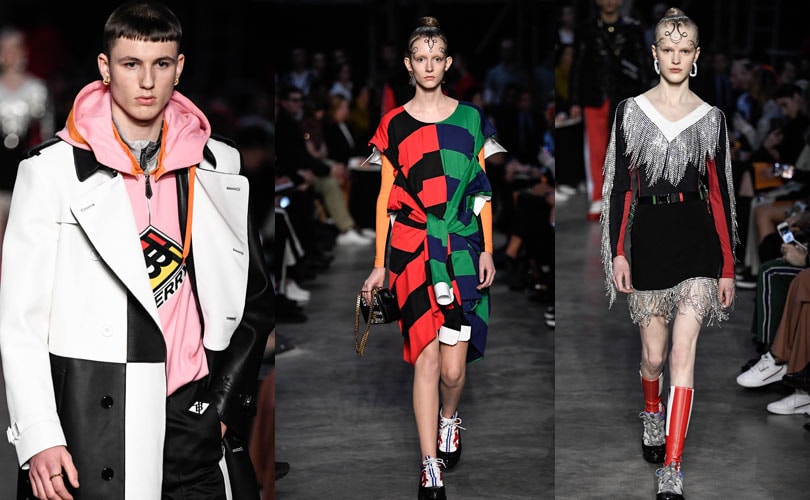 London - It is always reassuring to see Anna Wintour on the front row at London fashion week. Irregular attendance from the grande dame of fashion publishing gets negative tongues wagging when she is not present, questioning the global relevance of LFW.

But true to form, and perhaps in support of the State of British Fashion in the Era of Brexit, Wintour, and team Vogue USA, was seen on the front row at a plethora of shows, including at Victoria Beckham and Burberry.

No political outing at Burberry

At Burberry designer Ricardo Tisci has largely steered clear of politics and the Brexit debate, despite showing a collection of over 100 looks ranging from streetwear to tailoring and everything in between. Whilst the company said a no deal Brexit could cost it tens of millions of pounds in tariffs, there were no references to future uncertainty on his catwalk.

The same could be said for Victoria Beckham, Simone Rocha, Margaret Howell, Roland Mouret and Mary Katrantzou and the majority of designers who went about their collections without punching politics. In times of unfamiliarity, creativity soars, as it has so far at London Fashion.

Other topics concern the industry, beside Brexit

And just as the shows must go on, other issues at the heart of the fashion industry were highlighted, such as as the Positive Fashion cocktail party on the LFW weekend. Here the focus of talks was centered on the impact the fashion industry has on the planet while highlighting positive opportunities for sustainable fashion choices.

Brexit isn't the first crisis the UK fashion industry has weathered. Remember the banking crisis and the Leyman Brothers collapse? That was only a decade ago, and London's designers didn't bow down to design pessimist fashion then. Or how about the recession in the early nineties when interest rates soared and the housing bubble burst? It didn't stop Alexander McQueen and John Galliano from being the creative forces they were, leaving their indelible marks on LFW and beyond.

We need practical wardrobes as much as we need inspiration and a raison d'être to buy into brands and designers these days. At Victoria Beckham, a wardrobe was presented as the A-Z of a woman's life, clothes are that wearable but still inspire us to dream. The opening look of a silk scarf-neck blouse in candy apple red, windowpane skirt suit and leopard boots, echoed that we all need a little colour in our lives, EU divorce and all.