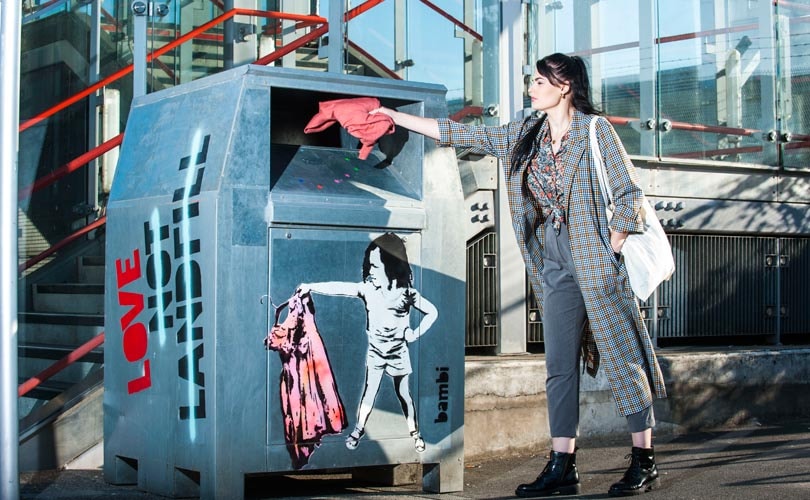 With more than 35 million items thrown in the bin by young fashion lovers each year, the #LoveNotLandfill campaign, co-funded by the EU and London Waste And Recycling Board (LWARB), is hoping that the Bambi-designed clothes banks will educate young fast fashion fans on the perils of throwing unwanted items of clothing into the rubbish bin.

The limited-edition spray-painted clothes banks will be going into TopShop’s Oxford Circus store, Beyond Retro in Great Marlborough Street and Ealing Broadway Shopping Centre from September 13, with two more coming later in September in Westfield’s shopping centres in Shepherd’s Bush and Stratford. 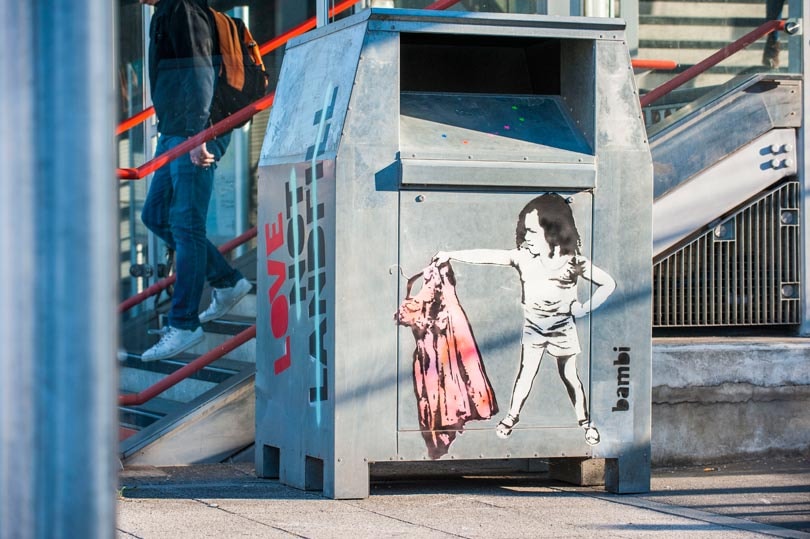 Bambi, who is often dubbed the ‘Female Banksy,’ has created a striking image of a young girl holding up a dress with disdain, and it is hoped that the bright and eye-catching, tongue-in-cheek image on the clothes banks located in busy shopping locations around London will make them particularly accessible for young fashion lovers.

The move comes as the campaign reveals that a quarter of 16-24 year olds do not know what they can do to reduce the impact of fast fashion, while over a third have never used a clothes bank, and 70 percent of those polled never put damaged clothes in a bank, with 60 percent surveyed in the nationwide poll confirming they throw them into general rubbish bins instead. 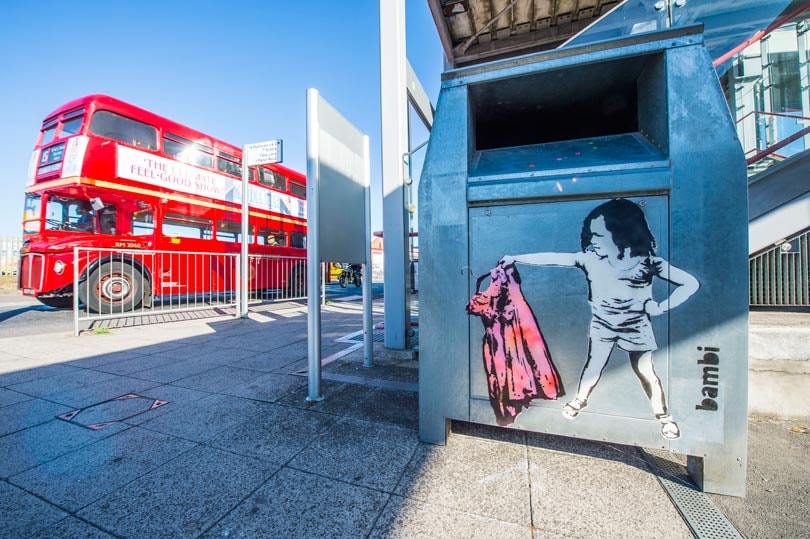 Hannah Carter from #LoveNotLandfill said in a press release: “We want people to stop throwing clothes away and pass them on instead to slow down the pace of fast fashion. We’re not telling them to stop loving fashion. We want them to enjoy their outfits but then dispose of clothes carefully, because all items have a second hand value.”