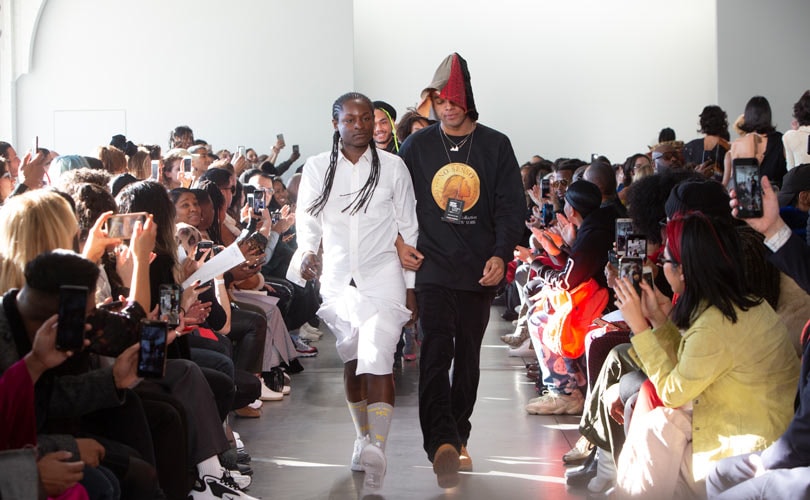 LA-based unisex brand No Sesso might be a newcomer to the New York Fashion Week runway, but it is no stranger to exciting its consumer. Founded by young California-based designer Pierre Davis in 2015, No Sesso has a clear brand mission: disregarding societal notions of gender and embracing individual, independent thought.

While some visual artists and designers might struggle to push such a conceptual mission through aesthetics, Davis’ work seems to face little challenge in this. 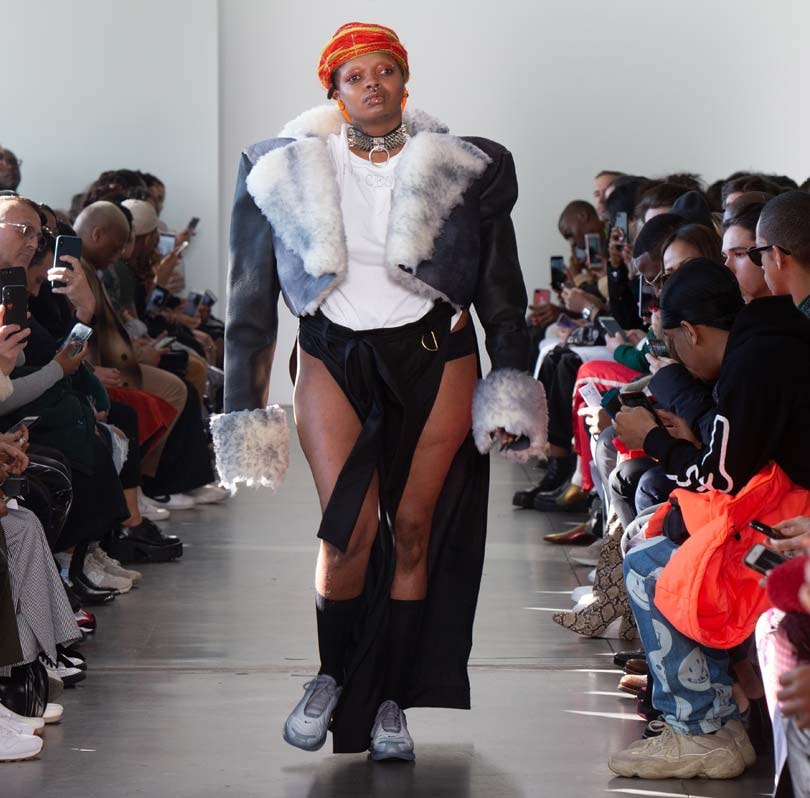 Using androgynous models of every gender with a shared level of confidence, No Sesso debuted its first collection shown at NYFW on the first day of men’s shows this week. 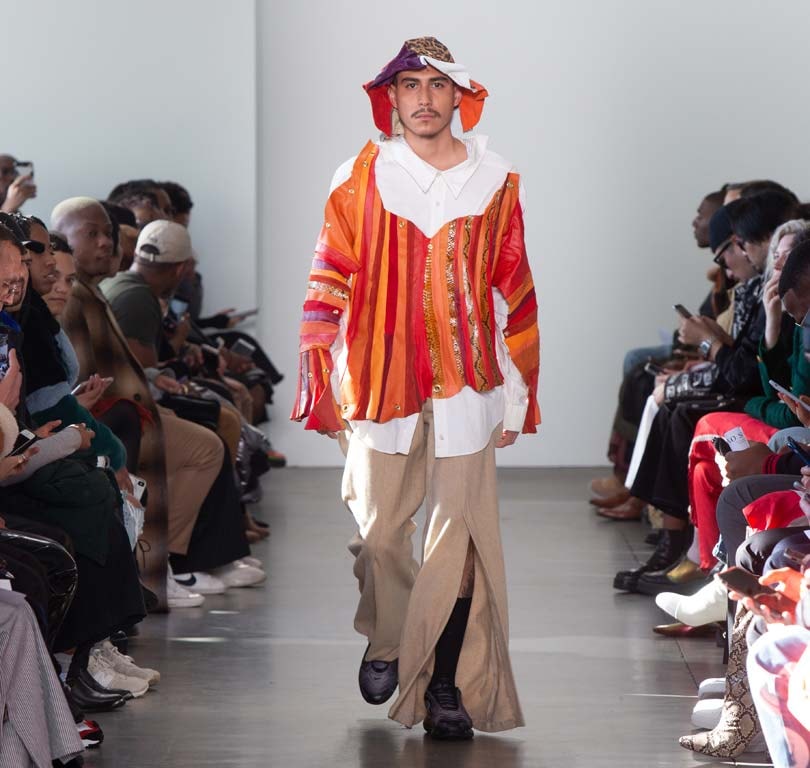 The collection encompasses many of the expected items like jackets, trousers, dresses, tops and hats, but also some highly unique piece such as corsets, oversized bags to the extreme, reimagined utility belts designed to hold office supplies.

As an LA-based designer, Davis’ first collection to be shown in New York is a memorable event. However, the CFDA recognizes her foray into the east coast as monumental for a different reason, labeling her as the first transgender designer on the official NYFW line-up. 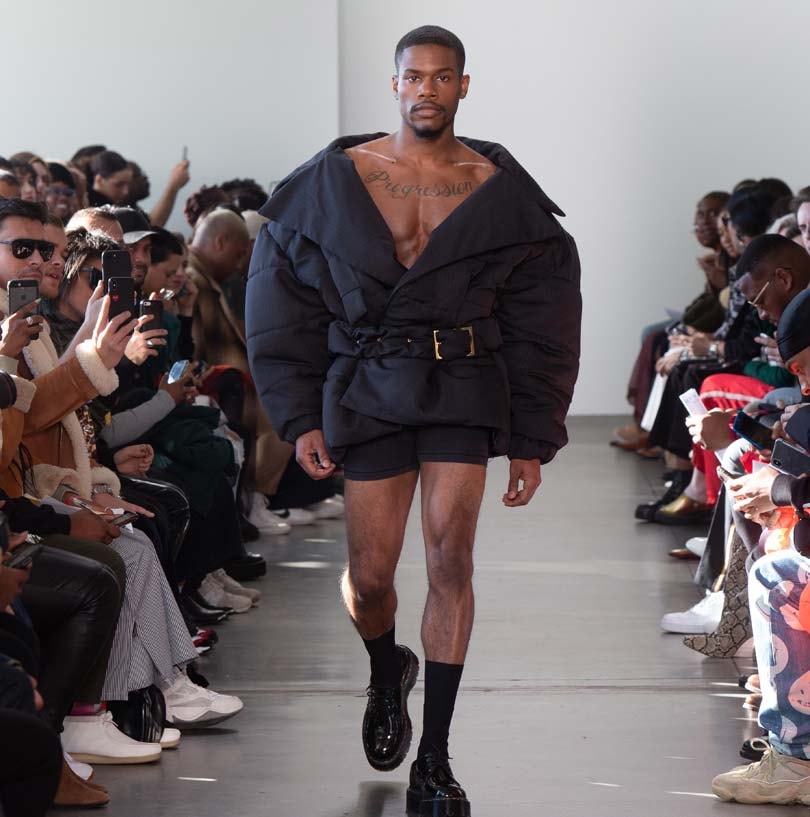 “I just want to show my work,” Davis told FashionUnited. “I obviously care [about notable moves for transgender people], but it’s also important for people to see all of the work that we have put into the collection and for it to be recognized. I am just humbled and happy that I got to show at fashion week, to be honest.”

Davis has earned her brand a cult following in LA, with its universal designs as attractive as it’s mission of acceptance. Now bringing No Sesso across the country, Davis is tasked with the job to translate the west coast consumers’ favorite options to a new consumer.

“They love a lot of the custom pieces,” Davis said of the LA consumers. “We do a lot of one-off pieces and people really relate to those because no one else has it.”

No Sesso’s custom pieces are handmade by either Davis or someone on her team, made more personal and with a large amount of handwork. Davis noted that along with T-shirts and socks, the custom items tend to perform best.

Though the east coast consumer is still somewhat new to No Sesso, Davis shares that she feels a strong connection to the New York fashion environment, crediting the strong community built by the brand’s following.

No Sesso’s consumers can expect to see more of the brand in New York. Davis and her team are “very humble to be put on a bigger platform” and that their inclusion in NYFW is aimed to bring the brand more exposure.

The designer also added that international expansion to fashion week line-ups in Europe would also be welcome if an opportunity arose.

“We want the world to see No Sesso and the world we are creating.”