One year later: How Chanel, Fendi and the Karl Lagerfeld brand are faring without Karl

Exactly one year ago the news came out that designer Karl Lagerfeld had died. At that time he was the creative director of Chanel, Fendi and his own brand: Karl Lagerfeld. One of the big questions on 19 February 2019 was: what to do next? Who will take the artistic lead over the brands and how do you follow someone like Kaiser Karl? After a career so big and famous, who would want to try and fill those shoes, right? Yet one year later, and here is an update on how the brands have fared after the death of Karl Lagerfeld.

After Karl's death was confirmed by Chanel, among others, it was also immediately announced that Virginie Viard would take on the creative leadership of Chanel. Virginie Viard was by any means not a household name, but at that time Viard had been working closely to Lagerfeld over the last thirty years of his life. That's why Alan Wertheimer, the co-owner of Chanel, entrusted the brand to the designer.

Viard is French and comes from a family of silk producers. She studied textiles and, after her training, goes to work as a costume designer for theatre and film. Through a common friend, she is introduced to Karl lagerfeld, which leads to a long-term friendship.

The Chanel Cruise 2019/20 collection is the first time we see Chanel a la Virginie. A more modern, contemporary Chanel woman appears on the catwalk. With the usual wink to the heritage of the French brand, but with a contemporary twist that raises the level of greed considerably. Pastel colours, traditional black and white outfits show a pop of colour and various asymmetric and deconstructed silhouettes can be seen. It heralds a new era for Chanel. As always, the show takes place at the Grand Palais in Paris, where shows under the direction of Lagerfeld have also always taken place.

Soon after, the haute couture presentation of Chanel takes place, and Viard's vision for the luxury brand is solidified. Classic Chanel silhouettes are given a contemporary look. Little embellishment, fantastic silhouettes and a hefty dose of elegance. It is a more subtle version of Chanel. A Chanel that is closer to the understated version of founder Gabrielle 'Coco' Chanel. The sets of the shows are also significantly less extravagant under Viard's direction compared to the creative leadership of Lagerfeld. Is this a new and improved Chanel? Who knows? In any case, Viard leaves her mark on the brand with respect.

Side note: Lagerfeld was of course also responsible for advertising, marketing and various films at Chanel. Lagerfeld often picked up a (film) camera himself and shot various commercials and advertising imagery. This part of Lagerfeld's work for Chanel was picked up by Eric Pfrunder, who was appointed artistic director of fashion image two weeks after Lagerfeld's death.

At the time of his death, Karl Lagerfeld headed Fendi for more than fifty years. 54 years to be precise. The designer passed just three days before the Fendi autumn-winter 2019/2020 show. At the end of the show, Silvia Venturini Fendi, the granddaughter of the fashion house's founder, takes a bow before the audience. It's a clear hint-drop for the future of the fashion house. Venturini Fendi makes the step from men's fashion and accessory designer to overall creative director of the house, it turns out later in the year.

Under the leadership of Venturini Fendi the first mixed-gender show for Fendi takes place. Lagerfeld was not involved in the May 2019 China show, so the co-ed concept was clearly a move from Venturini Fendi. She had taken on the tasks of creative director for the show, but insists to the press the new role is just temporary. In May 2019 not a word will be said about 'replacing Karl', according to CEO of Fendi Serge Brunschwig. One year after the death of Lagerfeld, and Venturini Fendi is still referred to as Creative Director of Fendi in the press releases. 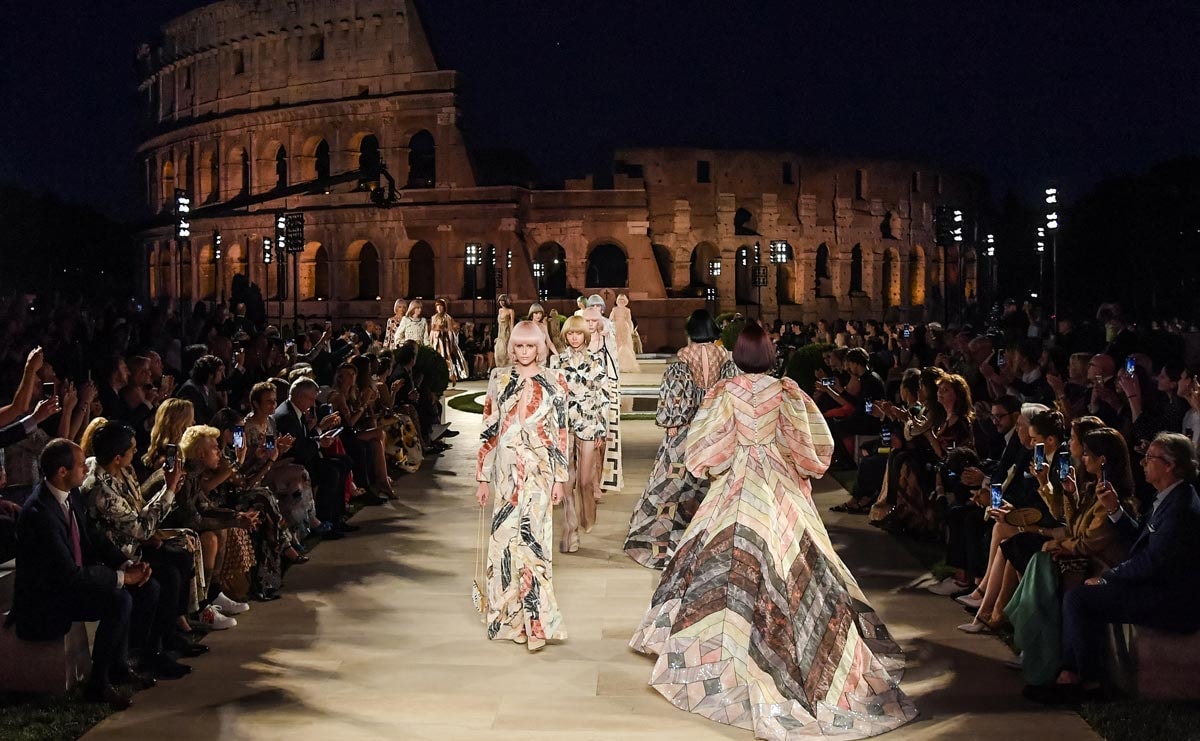 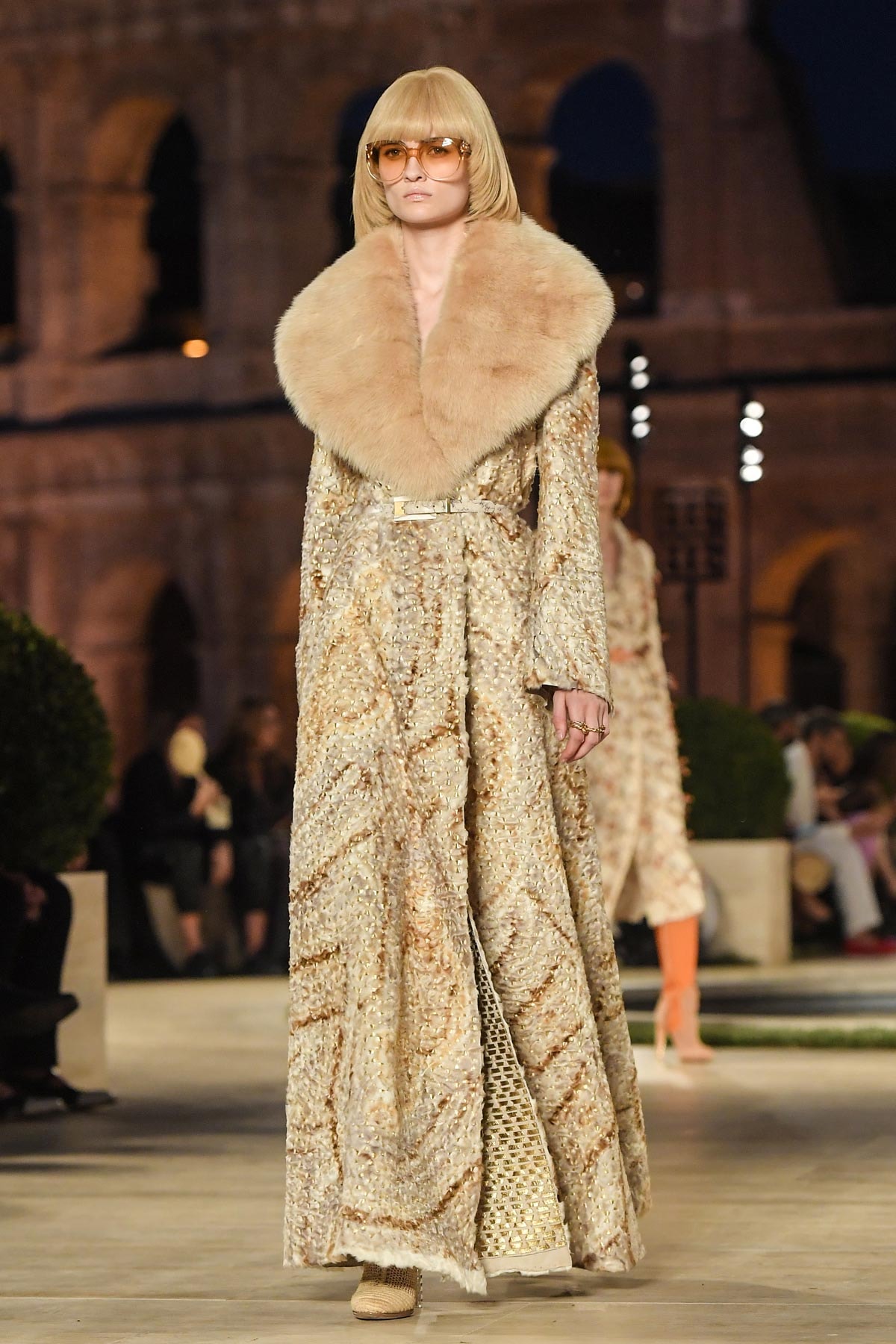 Last but not least, Karl's own brand: Karl Lagerfeld. Shortly after the designer's death, the media reported that Carine Roitfeld had been appointed creative director. The brand went on the defensive fairly quickly after that that the reporting was incorrect. A decision about a possible follow-up of the name giver had not yet been made.

At that moment the brand reports to FashionUnited that design director Hun Kim retains the creative leadership. He had been working closely with the designer for five years and was chosen by Lagerfeld as the leader of the design team. "Design director Hun Kim has worked very closely with Karl in recent years and Karl's absolute confidence in his incredible creative talent," said the spokesperson at the time. In an interview with WWD on February 18, 2020, top executive of the brand Pier Paolo Righi shares that the brand had always been prepared for the day when Karl died. The investors were prepared for this in good time and the design team set up a clear vision of the brand by the designer they can continue. The archive with some 60,000 sketches and photos made by Lagerfeld suggest that the team will never be without inspiration.

Righi emphasizes in the interview that the brand Karl Lagerfeld always tells stories from the designer's life and about things that inspired him. Of architecture, music and places in the world. "We feel like an embassy of Karl's creative mind-set and invite people to take part in it," says the CEO.

This article was originally published on FashionUnited.NL, translated and edited for publication in English.