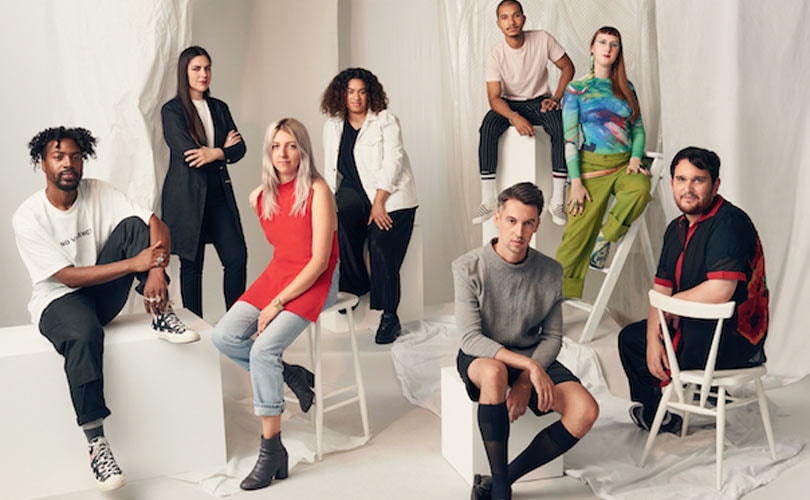 Italian beer brand Peroni Nastro Azzurro has selected eight emerging designers for its ‘House of Peroni’ fashion initiative, where each designer will receive a seven-month residency at its start-up in London and showcase during London Fashion Week next February.

The eight designers will take up residency at The House of Peroni on Vyner Street, in east London, from July 16, where they will have access to the creative workshop space to make and render prototypes, and work towards creating a collection to showcase at a presentation during London Fashion Week in February 2019.

The House of Peroni will also offer the designers valuable advice and the commercial support they need to help them grow their own portfolio, including expertise from each member of the creative council, who will be hosting regular talks, events and workshops, as well as acting as mentors to the emerging designers, giving them the opportunity to learn from their experiences and build their careers from the very beginning.

The eight designers span various styles including streetwear, knitwear and couture, and it is hoped that the platform will give them the opportunity to showcase their unique style and develop their careers with essential advice, materials, and equipment offered within the fully functional workspace.

The emerging talent entering the House of Peroni residency are:

Menswear designer Hannah Wallace, won the Graduate Fashion Week Gold Award in 2015, and places a focus on practicality, by using breathable and capacious materials throughout her work, and is inspired by protective garments worn by rioters and astronauts.

Joel Boyd is a London-based musician, stylist and menswear designer, who designs under the name Jobo. After cutting his teeth at Kit Neale, Urban Outfitters and Amazon, Boyd‘s politically charged collections focus on youth culture with his SS17 collection entitled ‘Aint No Mandem In Peckham’.

Womenswear designer and stylist Kyle Lo Monaco impressed the judges with his focus on the craftsmanship of dressmaking, using both hand and machine methods for his bold yet romanticised aesthetic.

Rose Danford-Phillips is a recent Royal College of Art graduate, and one of the five-designer team behind MOAM Collective 2018. Her nature inspired collections use extensive textiles and knitwear, which recently led to a collaboration with Erykah Badu.

Turkish-born designer Pelin Isildak learned her craft with Hakaan at Paris Fashion Week, and designed Bora Aksu leggings for the London SS13 show. The London-based creative aims to question authority and hierarchy through the usage of uniforms and historical dress codes to create distinctive personas.

Daniel Crabtree is a Central Saint Martins MA graduate who specialises in overturning the aesthetic and fabric constructs of menswear. The designer, who reuses materials and practises freehand pattern cutting, is inspired and informed by fine artists from the Eighties.

Royal College of Art graduate Mathew Duffy, polarises and contradicts traditional ideas of heteronormative culture, placing the conventional and the abstract as the basis for his collection.

Stacey Wall is an Irish, London-based designer who graduated from Central Saint Martins in 2017. Specialising in knitwear, Wall uses her roots to inspire her work, in particular Irish craft, textiles and folk traditions.