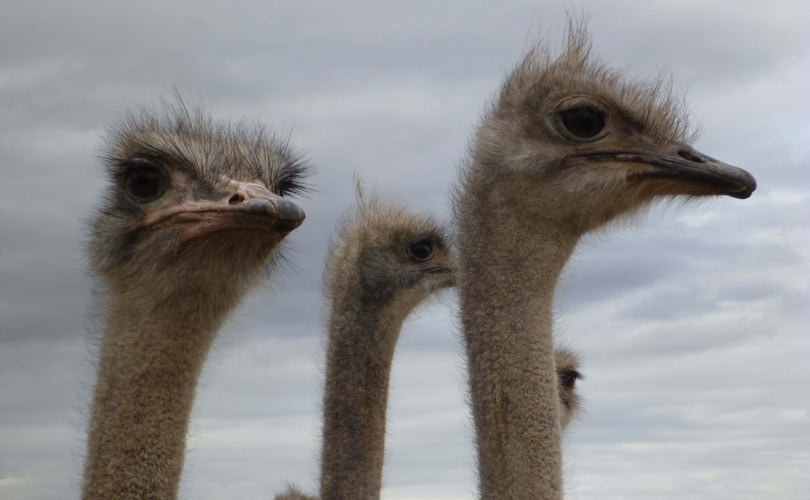 PETA reveals abuse at Ostrich suppliers for Prada and Hermès

London – Milan Fashion Week is full in swing, as luxury fashion house Prada dips its toe in the see now, buy now’ business model by making two of its autumn/winter 2016 leather handbags for sale following its catwalk show on Thursday. As more and more luxury fashion houses turn their focus to expanding their leather goods sector in order to boost their brand presence amongst new generations, the ongoing quest for more exotic animal skins continues. However, just as reptiles such as alligators, crocodiles and pythons suffer in horrific conditions before being cruelly slaughtered for their skin, which is used to make luxury handbags, like Hermès Birkin bag, so do the world’s largest birds, ostriches. 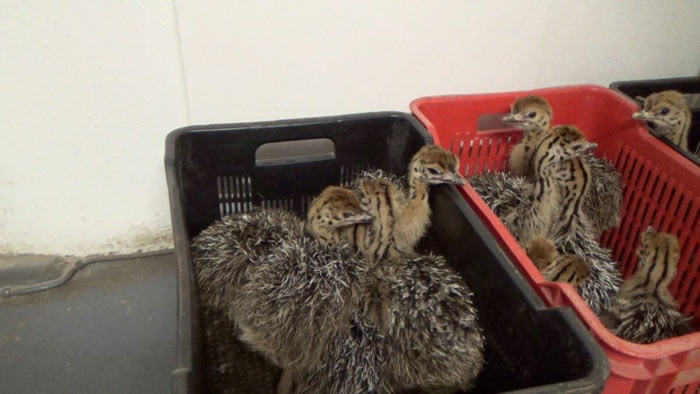 In animal rights organisation PETA’s first exposé of the ostrich industry, the dark reality of the systematic cruelty the birds are exposed at two of the largest ostrich producers in the world, is brought to light. These producers, Mosstrich and Klein Karoo reportedly supply 85 percent of all the ostrich products in the world, and are also suppliers for luxury fashion houses Prada and Hermès. In order to supply the luxury fashion industry with ostrich leather, young birds separated from their parents at birth, kept in barren feedlot until they are transported to South African abattoirs for slaughter. Newly hatched ostriches, who would normally spent several years bonding with their parents, are immediately separated from them and kept in dirty, empty lots until they are a year old. During this time many ostrich will be routinely plucked, a process during which the bird is restrained and its feathers are ripped out, for feather dusters and boas. 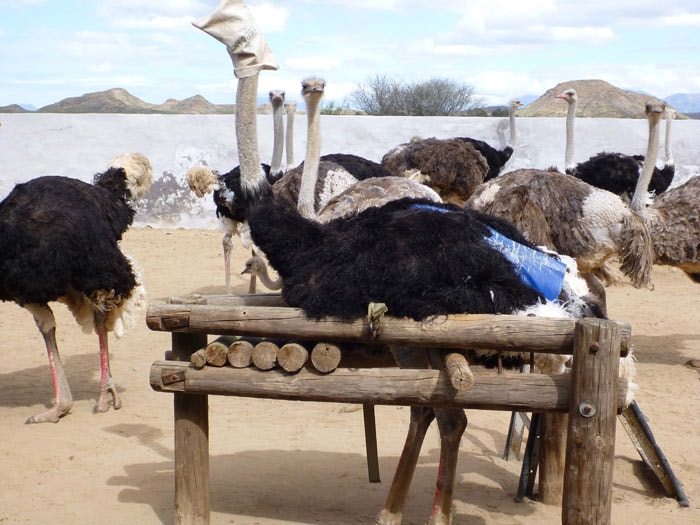 Once the ostriches are 1 year old, they are forced into overcrowded trucks to be killed - in the wild ostriches can live up to 40 years or more. In footage caught by PETA, abattoirs workers are seen striking ostriches in the face during transport and joking about animal welfare. At the slaugtherhouse, the terrified birds are forced into stun boxes before before turned upside down to have their throats slit, in front of other ostriches awaiting the same fate. After the birds throat has been cut their feathers are plucked out, to create the desired “goose bump” texture seen on Hermès, Louis Vuitton and Prada handbags. Then the birds are skinned and dismembered, with the bird meat export to Europe for human consumption.

"Smart, sensitive and curious young ostriches are treated like victims in a horror film simply because someone wants a bumpy Birkin bag or a pockmarked Prada purse”, commented PETA UK Managing Director Ingrid Newkirk. "PETA urges shoppers to bag the skin and choose from the many high-end, ultra-fashionable and animal-friendly vegan accessories on the market." In order to urge luxury fashion labels Hermès and Prada to stop selling ostrich skin handbags, the animal rights group has launched an online petition, calling for them and other fashion houses to remove exotic animal skins from their collections, which currently has just under 37,000 signatures. Although PETA has highlighted both Prada’s and Hermès use of ostrich skin in their exposé, which follows on from their alligator and crocodile skin exposé last year, they are aware that other companies do use ostrich skin. 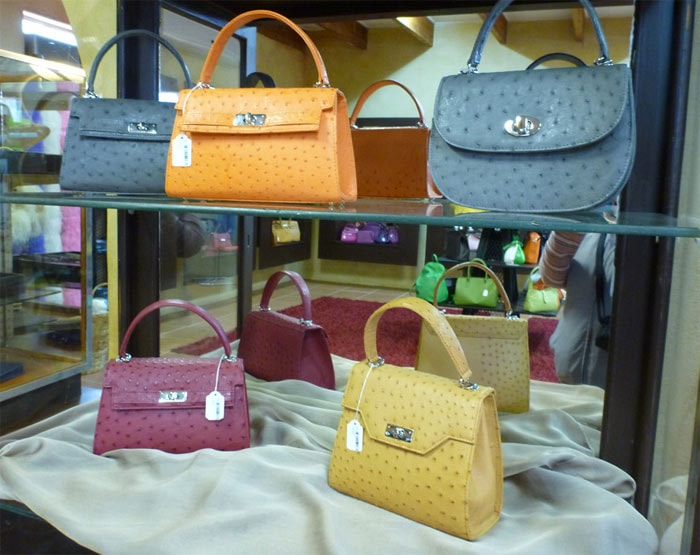 “We know that other companies use ostrich skin,” said Kathy Guillermo, a senior vice president at PETA US to the New York Times. “But as we talked to more people who work at these factories and at trade shows, Prada was the name they offered up. The name they said was connected with these two companies in particular.” She added that, from the number of people that the organisation spoke with during the investigation, the names consistently brought up were Hermès and Prada. “We felt we had enough evidence.” Even though PETA has highlighted the names of two famous, luxury fashion houses, the goal is not to only raise awareness for animal cruelty but to also end the use of exotic animal skins

Although Prada has declined to comment on the footage and allegations, Hermès shared the following statement: “Hermès is fully committed to adherence to the highest international standards regarding the sustainable farming of non-endangered animals. Hermès is in the process of auditing supplier farms to ensure best practices are met in all instances. Any breach of rules will be rectified and sanctioned. For more than 10 years, Hermès has organized monthly visits to suppliers,” continued the statement. “The company demands conformity with slaughter standards established by veterinary experts and by the Fish and Wildlife (a federal American organisation for the protection of nature) and with the rules established under the aegis of the U.N.O, by the Washington Convention of 1973 which defines the protection of endangered species.” 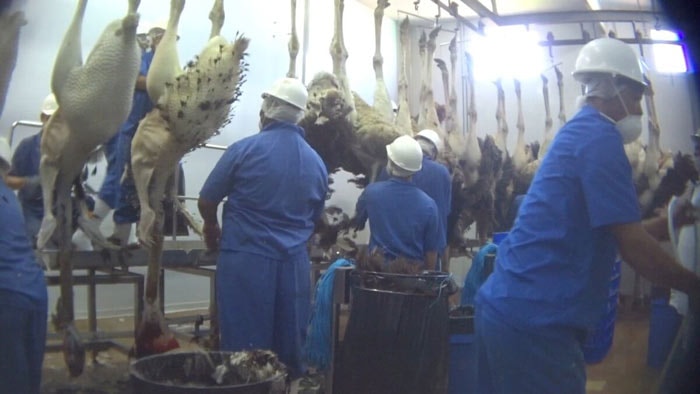 Nevertheless, in spite of Hermès statement, PETA is set to continue its protest against the cruelty of the exotic animal skin trade during the global fashion week, using the bi-annual events momentum to raise awareness of animal abuse. "People will recall that this was Hermès' exact same excuse when they were found sourcing alligators and crocodiles kept in appalling filth and killed cruelly, and the "inspections" were as bogus then as they are now," said PETA Director Mimi Bekhechi to FashionUnited. "The ostriches they factory-farm and kill have been found suffering, and the video evidence shows unmistakable cruelty to animals."

"Yet the company thinks consumers and the media are so stupid that they can make a bogus, false claim that the killing methods conform to rules and standards, including those of the UNO and the US Fish & Wildlife Service – which, in reality, neither maintain nor enforce any regulations concerning how ostriches are slaughtered. The ostriches are, contrary to Hermès' statement, endangered not as a species – but as individuals. Hermès is a shameful, cruel and unethical company."

Warning: Graphic images in the video below: