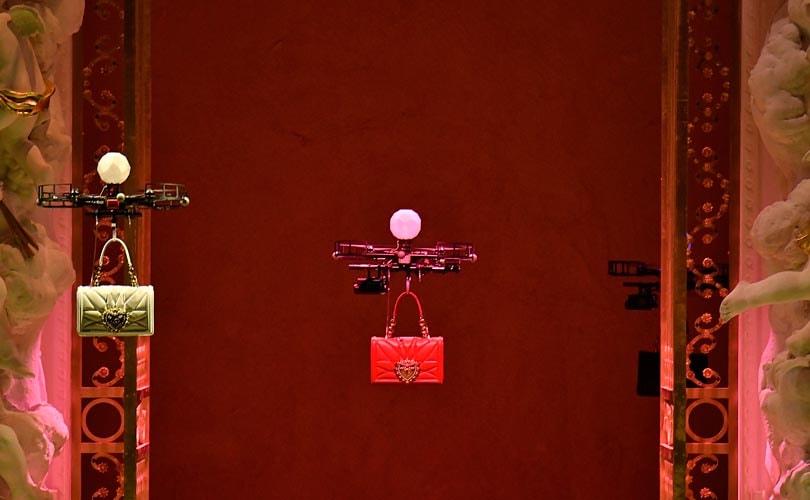 Robots to walk the catwalk at London Fashion Week

The Ohmni robot developed by Silicon Valley’s OhmniLabs will walk the catwalk for the first time at London Fashion Week in partnership with House of Ikons and Los Angeles-based designer, Honee.

The robot will take to the catwalk wearing a one-of-a-kind creations from Honee during London Fashion Week this September as part of the House of iKons event, which is focused on launching emerging and innovative designers.

The aim of the collaboration is to “marry fashion, culture and technology into one harmonious balance”, and while Honee is keeping her design under wraps until the big event, she did share in a press statement that her vision is for people to see Ohmni and robots as a part of their everyday lives with a focus on the present rather than the future, with a play on the word “telepresence”.

Honee said in a press release: "My show this September is named 'ÁI', in reference to Artificial Intelligence and also the play on the Vietnamese word ÁI for love and the Chinese phonetic AI for love as well. We're in the world of AI and loving it.

“I use fashion as the language to express the skins we are in. In my upcoming show, it's not about the future of robots, of a world unknown, but of the presence, the Now. And OhmniLabs is ushering in the world of Now with their telepresence robots. I'm honoured and super excited to be a part of the OhmniLabs journey.”

OhmniLabs was co-founded in 2015 by Jared Go, Tingxi Tan and serial entrepreneur Thuc Vu, robotics experts from Carnegie Mellon and Stanford who believe that personal consumer robots can make a positive impact on people’s everyday lives.

The Ohmni robots will make their London Fashion Week debut alongside human models at the Millennium Gloucester London Hotel as part of Honee’s showcase on September 15 and 16.