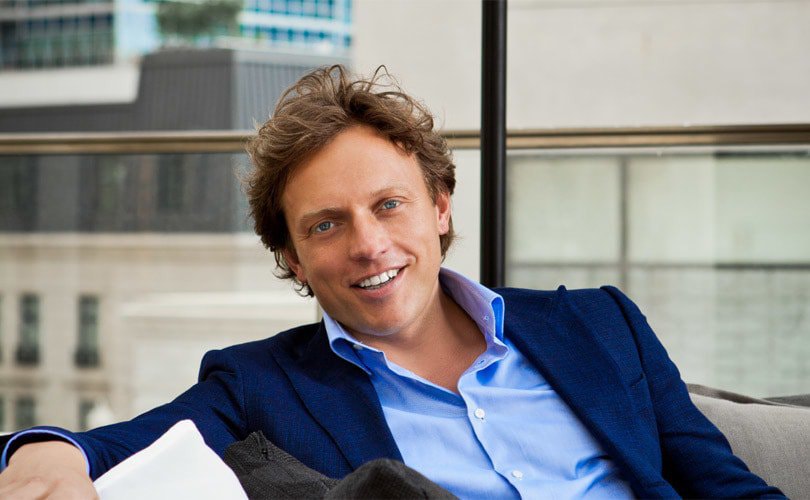 Suistudio: 'The liberation of the women's suit'

Amsterdam - Suistudio, the new sister label from Suitsupply, is setting its roots down in Amsterdam for good. "The pop-up burst out of its seams," said Suitsupply's CEO Fokke de Jong on the decision to remain permanently in Amsterdam. FashionUnited spoke to De Jong to learn more about the new store, women's suits and how the brand has been received since its launch.

Suitsupply had been questioned for quite some time as to whether it was going to produce women's suits "We did not want to become the umpteenth women's wear brand, the brand really had to be about tailoring and quality. Which is why the company invested years into researching the right fit as well as selecting the right materials prior to the brand's launch earlier this May. "The first two collections went through the shredder. It has to be the right combination of sexy and strong, it has to be contemporary but it business appropriate at the same time. In the end, the brand decided to focus on two main collections per year, each with its own special eveningwear segment. Prices for an entire suit vary between 250 euros and 500 euros, depending on fit and material. Suistudio also launched a special Custom-service last month as well, which offers customers the chance to order an item in another colour or fabric, if the material is already in use in another part of the collection. 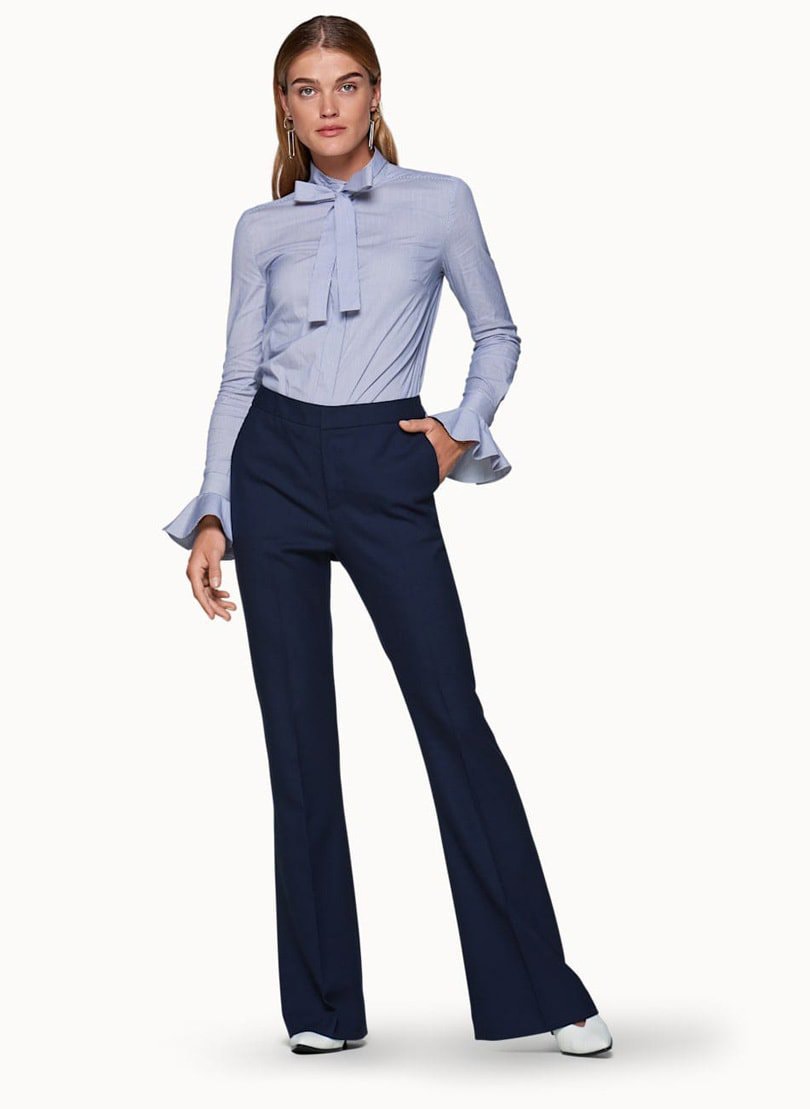 The first results from the brand are positive, both in the Netherlands as well as the United States, noted De Jong. "The biggest reaction we keep getting is that people still have no idea how tailoring should be, how a women's suit should fit. They are especially surprised when they actually find out how good a well-tailored suit is." The women which are drawn to Suistudio are a well-informed group, women who are used to wearing suits and have been searching for a great suit for a long time said, De Jong. However, the brand does not solely appeal to business women. "That is what we thought at first, but then we notice that the group is much broader. We see an astonishingly nu, ber of young women who also wear our items in a very casual way. There is certainly something going on with the women's suit in fashion at the moment." Businesswomen eventually became a much smaller part of the consumers drawn to SuiStudio than previously thought. "Ultimately, there is a much larger target group for the niche that we had previously foreseen." 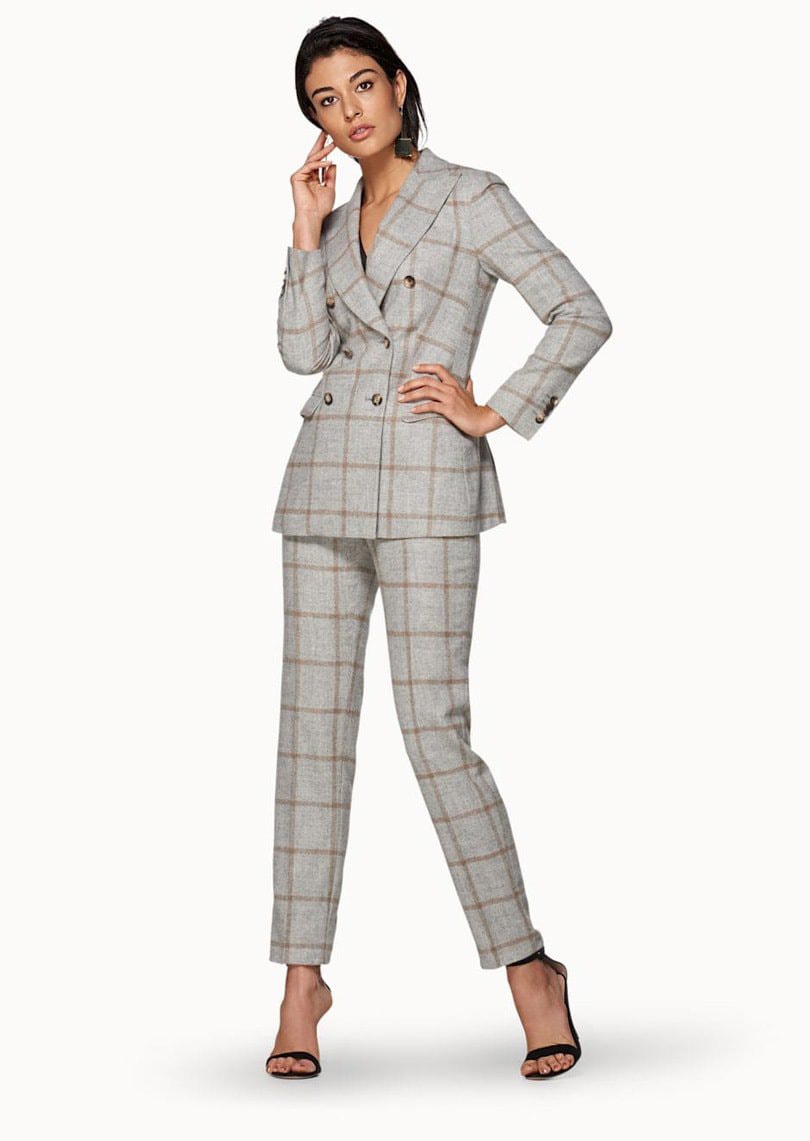 Suistudio: "The target group is much larger than we had foreseen"

The target group from Suistudio turned out to be much larger than previously anticipated, but the brand's early success also highlights a need in the women's wear market, added De Jong. "A good quality women's suit, made from premium materials can easily cost 4000 euros. A brand within this price segment did not exist yet." Most women's wear brands have incorporated women's suits into their collection, but their focus on the garment is not the same as Suistudio. "As a result, many people have never worn a suit, so there is a real element of surprise when they try one on. That is very nice for us." De Jong also discusses the liberation of tailoring. "We took a product that was driven in a niche corner, which was considered to be a classic, and we released it and freed it." This also gives customers a liberating feeling when they are trying on Suistudio suits, believed De Jong. "It is a little bit like what Coco Chanel did when she liberate women from the corset, that is how our customers feel now. They think this is cool, this is sexy, this is classy and this is now."

As of November 30, Suistudio is permanently located at the Cornelis Schuystraat in Amsterdam. "We did not select this location because it is a busy shopping street," said De Jong. Located a few blocks from the city's famous Museumplein and Suitsupply's flagship store, the location was chosen because it was easily accessible. The store has been designed to offer customers the best possible service, with a tailor located in store as well as special lifts. Within these lifts, which are connected to the stock room above the store, customers are able to hang items they wish to try on in-store. Customers can make an appointment for a fitting session online, or in-store and the lifts are located opposite the dressing-rooms in the back of the store.

Suistudio: "We have taken the women's suit of the corner"

When it comes to expansion, De Jong does not have a specific number of stores in mind for Suistudio. At the moment the brand counts stores in Amsterdam, Shanghai and New York. "We are still in the start-up stage," said De Jong. If Suistudio wants to press the accelerator on its expansion, then there are the possibilities, replied De Jong when questioned about the 300 million euros investment Suitsupply received from NPM Capital. However, he emphasized the brand does not want to open too many stores too quickly and will focus on sustainable growth. "What we find important is to be top of mind within the relevant target group." Now with Suistudio, a qualitative women's suit have been made accessible to a larger target group. "We have taken it out of a corner and released it."