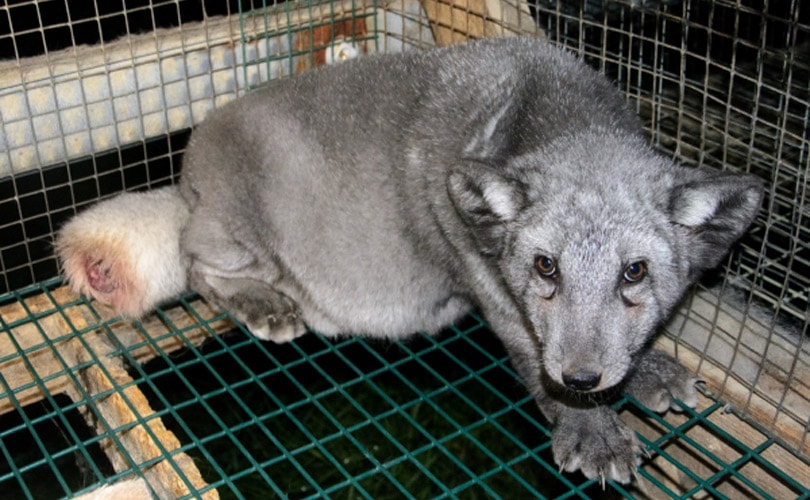 The problem with 'humane' certified fur and angora

The fashion industry has been struggling to reach an accord regarding its use of fur for decades. Whilst members of the international fur trade remain adamant that fur and angora are natural and sustainable materials which support an international industry employing over a million people, animal rights activists continue to shine a light on the systematic cruelty and abuse occurring on animal farms around the world. Although the fur industry is said to have contributed 40 billion dollars to the global economy between 2013-2014, it also accounted for the death of over 50 million animals such as raccoon dogs, foxes, rabbits, coyotes, minks and chinchillas.

Fur trade organizations, such as the International Fur Federation (IFF), believe there is a place for 'humane' fur within the fashion industry, but with technological advancements being made each year leading to the production of faux fur and synthetic materials as soft, warm and luxurious as their real counterpart, the question remains - is there still a need for 'humane' fur and angora? 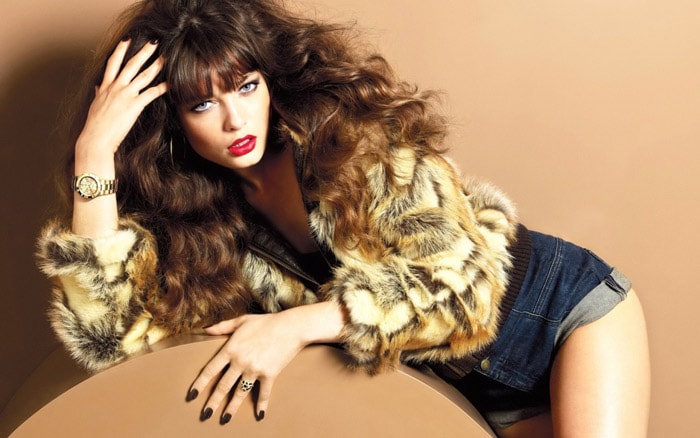 Can fur and angora ever really be 'humane'?

In spite of ongoing anti-fur campaigns from the likes of PETA, Humane Society International and Four Paws, the IFF believes fur holds a high place within the fashion industry. The IFF and other Fur trade organizations maintain fur farming remains well regulated throughout the world, whilst operating within the highest standard of care under the label "Origin Assured." The label is said to provide consumers with an assurance that the fur they offer is from a country where welfare regulations are enforced. "Although laws differ slightly from country to country, there are international regulations that govern all fur farming, prohibiting animal cruelty and determining cage size and enrichment," stresses the IFF on its website.

The Federation claims animal welfare is a top priority, with fur farms incorporating standards based on the results of independent scientific research and govern factors, like protection, handling, food and water, cage size, transportation and euthanasia. The Federation adds that Fur Europe is currently in the process of implementing an animal welfare assessment programme known as WELFUR, which is said to guarantee "a high level of animal welfare" on European fur farms in 10 countries, including Italy, Denmark and Finland. Furthermore, the China Fur Commission, a member of the IFF, is said to be working on updating its animal welfare regulations, which are based on the 1999 Council of Europe recommendations.

In spite of the incredibly promising and hopeful animals legislations and welfare regulations promised in print, the truth remains that the Fur federations and organizations words ring false. Video footage filmed in nine of the largest fur producing countries in the Western World; Denmark, Finland, France, Italy, the Netherlands, Norway, Poland, Sweden and the US - all countries eligible to offer the "Origins Assured" label, sadly shows that this label does not guarantee the 'humane' treatment of animals. Just because a country has certain environmental standards, animal welfare laws or guidelines in place, does not guarantee their enforcement. In fact, many countries lack strict animal welfare laws, which is evident in the numerous cases of animal neglect and abuse making the news headlines on a daily basis.

An investigation carried out by Finnish animal rights organization Oikeutta Eläimille in 2013 found that 13 fur farms in Finland, two of which were part of IFF, all featured similar cases of neglect and abuse. There were severe cases of eye infections on all farms which bred arctic foxes, as well as open wounds, leg and ear injuries, signs of cannibalism and dead animals left in cages to rot next to living animals. One of the farmers, Marko Meriläinen, was a spokesperson for the fur industry and investigators filmed dead, partly eaten puppies well as foxes with extreme injuries on his farm. This shows that although fur organizations promise ‘humane’ treatment of their animals, it rarely happens, The reality remains that a large number of animals living on fur farms are the victim of some form of abuse - whether it be going insane due to consist confinement, self-mutilation or cannibalism from lack of proper care or suffer from illnesses and wounds which go untreated until death.

"Designers that use fur have a responsibility to ensure that the type of fur chosen lives up to the ethical and environmental demands of the modern luxury consumer," argues Jan Erik Carlson, director of marketing at Saga Furs in an article for the Business of Fashion. "The challenge is to identify the types of fur, the sources and the production methods that live up to this kind of scrutiny." Leaving the responsibility of the traceability of the animal's origins to the designer or fashion retailer is another issue within the fur and angora industry. Although the majority of companies conducted quarterly audits and strive to maintain open relationships with their suppliers, it remains difficult to ensure that each skin and every fiber comes from a reliable source. Overseas or foreign sourcing makes it close to impossible for fashion companies to run unannounced checks which could harm their business relationships and damage their supply chain. This means that animals suffering abroad in fur and angora farms are especially the dupe of animal cruelty. 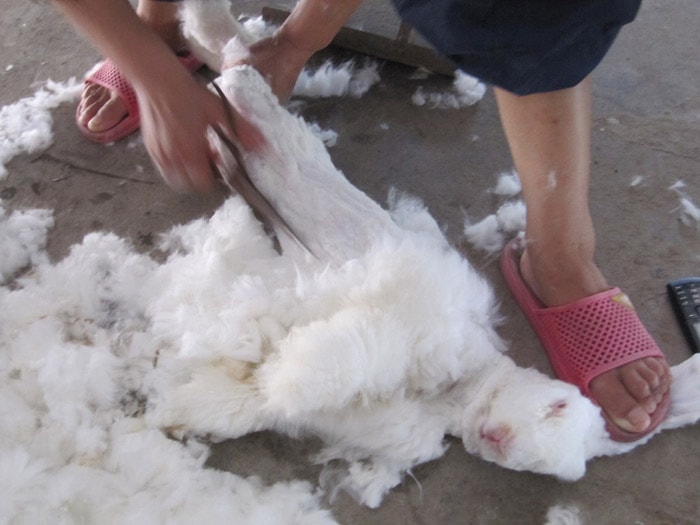 This is especially evident in PETA’s latest undercover investigation, which continues on from its 2013 expose on angora rabbit farms in China, which supplies 90 percent of the world's angora fibers. After documenting extreme animal cruelty at 10 angora farms in China, during which rabbits were filmed screaming whilst farmers forcefully ripped clumps of their fur out, over 110 fashion retailers and designers pledged to stop sourcing and using angora in their collections. A year later, PETA returned to China with a veterinarian to reasses conditions on five farms. "The five farms PETA visited had all been deemed ‘humane’ by a third-party auditor just weeks before our visit,” said a spokesperson. “Officials at one international clothing company that trusted its auditors, agreed to take a trip with us to these five farms, which supplied its angora, to prove its claims.”

If you can't watch it how can you wear it? Angora Farm Audits Reveal Extreme Suffering for Rabbits http://t.co/TRQha0EMdV via @PETA

“Unlike typical farm audits, these visits were all unannounced. Without exception, the members of the group confirmed with their own eyes what the 2013 investigation had previously revealed—that live rabbit's' fur is ripped out of their skin and that they're forced to live in miserable conditions, despite assurances to the contrary.” Rabbits, who had been plucked and sheared raw, were seen lying in cages without any care with their heads tilted at a 90 degree due rough handling by the ears. Due to the head tilt, many rabbits were unable to orient themselves to eat or drink and were slowly dying of starvation or dehydration. Most were suffering from a severe skin irritation caused by excessive salivation brought on by heat stress or respiratory disease.

Even more shocking than the apparent neglect at the farms was the news that the auditor on the trip with PETA had already visits a number of the same farms a few months earlier and reported to the company after his visits that the rabbits were treated ‘humanely.’ When asked whether the conditions he had seen a few months prior were any different than the appalling conditions seen with investigators, he said no. There are no standards in China in place to regulate the treatment of animals, and no penalties for animal abuse, which is evident in their indifference to the suffering of animals. This blatant failure of the auditing system, which so many fashion companies rely on to assure themselves and their consumers, shows that one person’s understanding of ‘humane’ treatment can vastly differ from another. Without the impossible 100 percent guarantee that animals are treated ‘humanely’, fur and angora farms will continue to function under false promises, causing needless pain and suffering to millions of animals around the world. 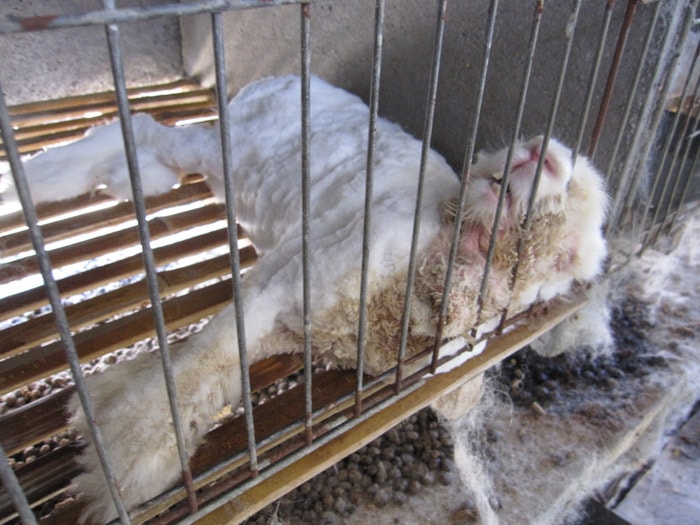 At the end of the day, there is really no such thing as 'humane' fur or angora - it's just a label used to assure the fashion industry and dupe consumers to ensure the fading fur industry continues to thrive against the odds. In today's world, with faux fur becoming a lifestyle everyone can embrace. "Modern technology has paved the way for faux fur to be unique and luxurious in its own right," said Hannah Weiland, founder and designer of London-based label Shrimps to the BOF. "I hope that one day it will become the natural decision for people thinking of buying a winter coat." A hope I fully believe in.

Fur is beautiful on animals, not on people. Sign the Fur Free pledge today! http://t.co/1caBwplFbo via @HSIGlobal