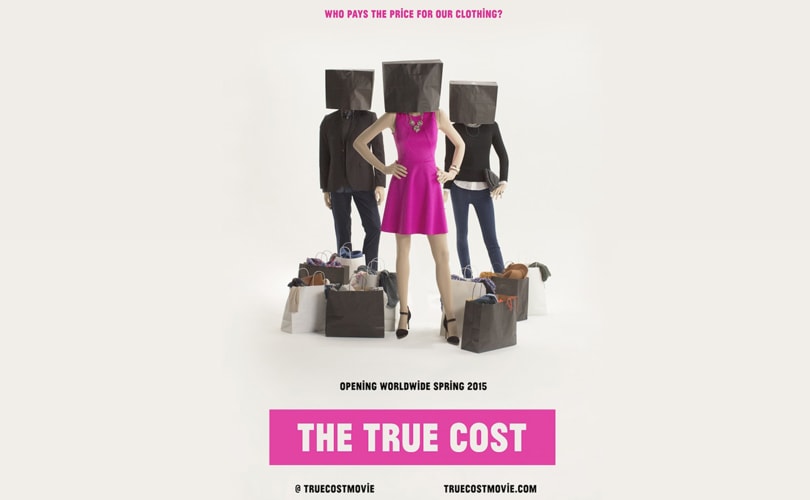 The ‘True Cost’ of the Fast-Fashion Ilusion: How something so cheap can make us feel so rich

London - Visit any high-street or shopping center in the Western hemisphere and you will be surprised by how little the average fashion offering may vary. From value-chains like Primark and Forever 21, to fast-fashion brands like Zara and H&M, ‘cheap’ clothing has managed to worm its way into the majority of our lives and our wardrobes. T-shirts for 4,95 pounds, jeans for 19,95 and dresses for 14,95, the temptation of low prices, combined with the latest trends is a powerful pull for most consumers.

Buying a new outfit for a special night out, or a big date, or even just because you had a bad day has never been easier. But as we spend our hard earned money on what seems like an endless rotation of fashion items, feeling rich and momentarily fulfilled with all our trendy purchases and bursting wardrobes, a question springs to mind. Who is really benefitting from it all? Although we like to believe we are getting all the benefits shopping in stores like Mango and New Look, affordable prices, the latest trends and endless choice of styles, ultimately there is always someone who ends up paying the price.

In the new fashion-documentary ‘True Cost’, created by Los Angeles-based filmmaker Andrew Morgan and produced by sustainable activists Livia Firth and Lucy Siegle, the environmental, social and ethical issues surrounding the fashion industry as well as its effect on our society are explored. Untangling the real cost of fast-fashion on our society across thirteen countries, ranging from cotton farmers in Texas and India, to garment workers in Cambodia and Bangladesh, to stores in London and New York’s Fifth Avenue. The overall film aims to open consumers eyes to impact of fast-fashion and make them question where their clothes actually come from. 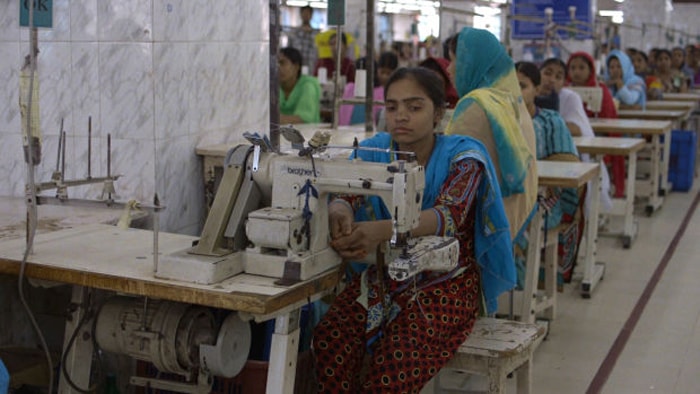 Like Morgan himself, I did not know much about the fashion industry beyond what brands and designer labels I owned prior to the start of my career, but the more I delved into my work, the more I began to think about aspects such as corporate social responsibility, supply chains and sourcing hubs as well as workers rights, safety conditions and the overall environmental impact the industry has on the planet. As a consumer, as well as a fashion journalist, I was already aware of a number of the issues mentioned in the documentary, but the emergence of fast-fashion seems to have amplified everything in it’s endless pursuit of ‘more for less.’

However, one aspect outside of the devastating effects on human rights and the environment the fast-fashion industry has caused which I was surprised to be faced with in the documentary is the psychological impact it has on all of us. In an era where the cost of housing, education and even public transportation is on what feels like a never-ending rise, most of us living in a Western society can still nip to the stores after a long day at work or busy day school and get that instant rush of shopping gratification by buying brand new clothes. Thanks to stores like Primark, we can all purchase a carry-bag full of clothes in one trip, without having to break the bank. It doesn't matter if we wear it once, or twice because it’s so cheap, it has become disposable. 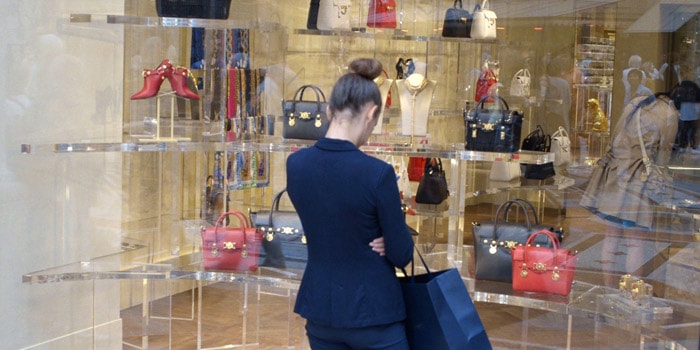 The false illusion of wealth offered by fast-fashion

Although many consumers may not see an issue with this form of consumption, the short clips shown from the infamous ‘Black Friday’ sales, depicting hundreds of shoppers pushing and shoving through store doors at midnight to get the best deals, shines a light on a bigger issue that is broader than the fashion industry. "It's based on materialism,” says Tim Kasser, psychologist and author in the ‘True Cost.’ “[And] the problem is that it comes at a really high price.” This drive to acquire as many possessions as possible to make ourselves feel wealthy, to show status, has undoubtedly lead to the rise of these fast-fashion brands. But the feelings fulfillment and gratification after a shopping spree are always short lived and many of us go home with purchases we later regret. We vow not to make the same mistake again, but the sale at H&M tempts us with its promise of the newest summer trends and discounts at Zara are hard to resist.

So why do we repeat this cycle of buying? Because we are living under the illusion that buying cheap clothing in bulk makes us richer and fulfills us, when in reality the only one getting rich is the label’s shareholders. “Buying cheap clothing only makes us poorer and the owner of the fast-fashion brand richer,” points out Firth, creative director of Eco-Age and founder of the Green Carpet Challenge, whilst questioning how Inditex’s founding chairman Amancio Ortega Gaona, can be so rich (currently listed the 3rd wealthiest man in the world according to Forbes) whilst thousands of their workers overseas earn the minimum wage, or less.

In our pursuit for more style, more trends and more fashion for the lowest price, we seem to have become less concerned with asking how our clothes were made and more concerned with how we can attain more. As fast-fashion labels moved their manufacturing hubs overseas in their pursuit of high-volume production, low cost, we have become disconnected from the complicated chain of garment production. “The fashion industry really does represent one of the purest and most far reaching, far developed forms of global capitalism,” notes John Hilary, executive direct of charity ‘War on Want,’ in the ‘True Cost.’ 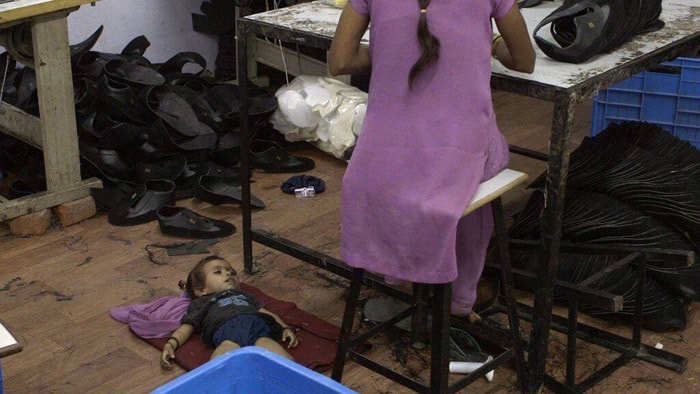 'Capitalism is why the fashion system is the way it is’

"The promise of globalization was that it was going to be a win-win, that consumers in the rich world would get the cheaper goods and people in the poorer parts of the world would get jobs and that those jobs would given them an opportunity to work their way out of poverty. But when everything is concentrated on making profits, what you see is that human rights, the environment, workers rights, get lost...Globalization is not what it was sold as, instead it’s made a lot of people very rich and a huge number more very poor.”

With the garment and textile industry estimate to be worth 3 trillion dollars according to the documentary, where is all this money going? Over the past four to five years, both fast-fashion brands as well as mainstream fashion labels and luxury houses have been largely investor driven, although it is questionable to me whether or not these corporations are interested in fashion and not the money they generate. Although we may not see it, we as consumers are also being exploited by this “evil-machine,” along with the workers who produce the clothes we buy and our planet’s resources.

The documentary argues this form of ‘consumer capitalism,’ an economic and social political condition in which consumer demand is deliberately manipulated through mass-marketing techniques, is being used by fast-fashion retailers to drive their sales, with little regard for the social and environmental impact they are causing. “Fashion has been co-opted by turbo charged capitalist corporations who are kicking the shit out of it and stripping fashion of its culture. This will be the end of all fashion, sustainable or otherwise,” warns Siegle, journalist and author. 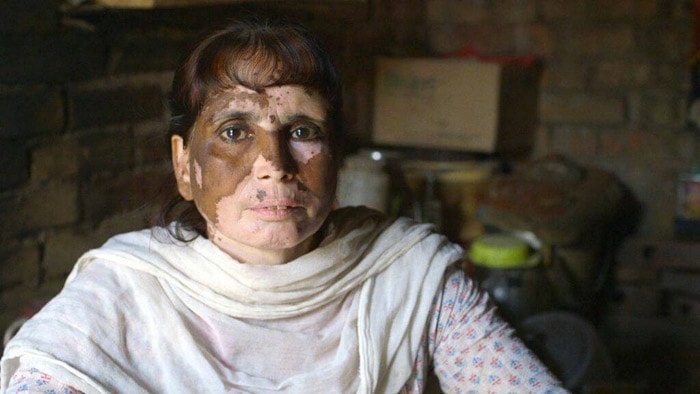 'Fashion business IS politics, it IS humanity and it IS a matter of life and death'

In order to save fashion then, the entire system has to change, including the fast-fashion business model and how we as consumers see and treat clothing. "The actual [fast-fashion] business model is completely unsustainable,” says Siegle. “Unless you change that model, you cannot change anything.” Whilst some economists would step forward and argue if consumers become less materialistic and consume less our economy would crash others such as Richard Wolfe believe there is another way. “If you do not criticizes something for 50 years it begins to rot and decay from the inside...before you can fix a problem you have to acknowledge.”

The question remains to be seen if consumers, fast-fashion labels and corporations alike acknowledge these problems within the industry, or if we continued to be dazzled by the allure of false riches promised by current fast-fashion system. “My biggest hope is that it joins the dots for everyone that watches it. This fashion business IS politics, it IS humanity and it IS a matter of life and death,” concludes Siegle, and I can’t help but agree with her.