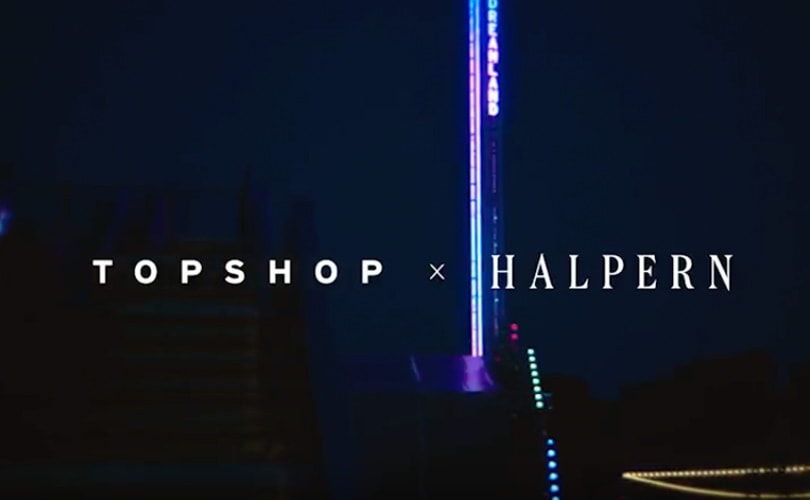 Topshop to collaborate with Michael Halpern

London - British retailer Topshop has announced its next designer collaboration is with London Fashion Week designer Michael Halpern, who will design a 28-piece collection available from November.

Halpern, who is known for his Studio 54-inspired American glamour combined with couture house detailing, will be designing a collection of partywear for the high street in time for the festive season.

In a press statement, Topshop stated that the Halpern collection will be “playful, disco-ready partywear” and will include neon velvet separates, sequinned jumpsuits and iridescent camouflage print mini dresses, which it added would be “synonymous with Halpern’s energetic 1970’s aesthetic”.

“I think it’s fabulous that as a younger brand we’re able to work with Topshop,” said Michael Halpern in a press release. “Making the type of clothing we do for the main Halpern collection in an accessible way so more people can really feel the glamour.”

Halpern added: “I want the whole world to feel as glam as possible, and this type of collaboration is a fantastic way to accomplish that.” The project is one of the first major announcements to be made since Anthony Cuthbertson was appointed global design director for Topshop and Topman at the start of the year and the retailer said it was “taking a pause” from the London Fashion Week schedule in February.

Commenting on the collaboration, Cuthbertson said: “We are thrilled to collaborate with Michael; especially at such an exciting time in his career.

“Our capsule embodies the disco spirit and signature feminine silhouettes he is renowned for; we can’t wait to bring the world of Halpern to Topshop with styles that will no doubt kick-start the partywear season for our customers.”

This marks Halpern’s first high street collaboration, his designs are normally sold in leading retailers such as Browns and Matches Fashion in the UK, and in Bergdorf Goodman, Jeffrey’s, and The Webster in the US, and worn by celebrities including Amal Clooney, Diane Kruger, Lupita Nyong’o, Adwoa Aboah and Marion Cotillard.

New York-born Halpern burst onto the London fashion scene after graduating from Central Saint Martins in 2016, he then debut his eponymous collection, Halpern, at London Fashion Week in February 2017, where his glittering designs brought him industry recognition, and in 2017 he won the British Emerging Talent - Womenswear category at The Fashion Awards.

The Topshop x Halpern collection will be available in selected Topshop stores globally and online from early November 2018, with prices starting from 35 pounds (46 euros, 68 US dollars and 69.95 Australian dollars).