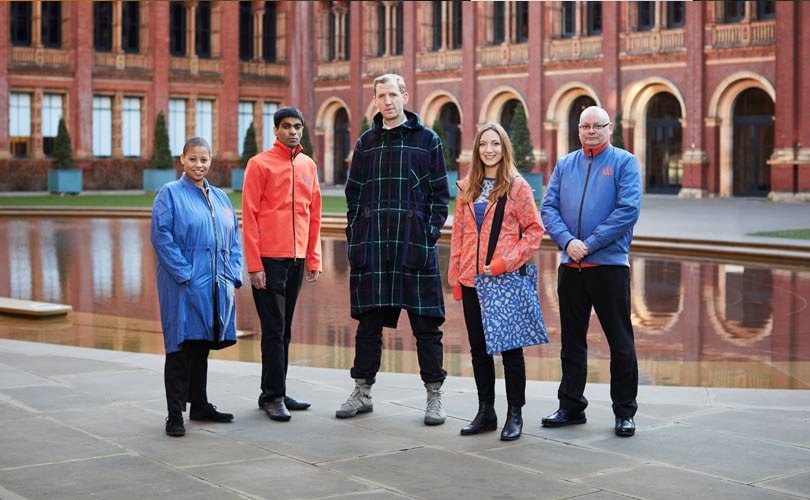 It is the first time in over a decade that the V&A reveals new uniforms for its employees at South Kensington and the Museum of Childhood in Bethnal Green. The new uniforms, which will be worn by gallery assistants, retail assistants as well as volunteers, was inspired by the museum's collections. Created to be mixed and matched with each other and layered, the uniform includes t-shirts, polos, crew shirts, bomber jackets, lightweight jackets, parkas as well as trousers and skirts. In addition, the uniforms also include accessories, such as tote bags, ties, and lanyards. 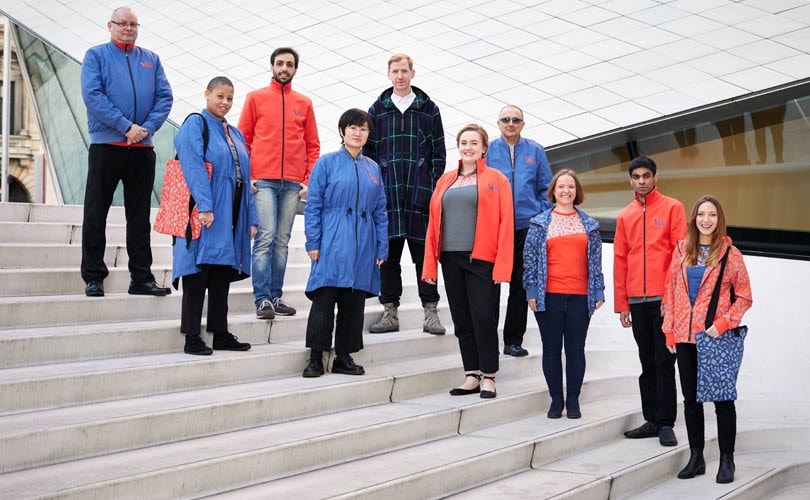 "Exploring the Victoria and Albert Museum was one of my earliest childhood memories, I went on to study Fashion Design a stones throw away at the Royal College of Art and would spend hours delving into the archive at the V&A so having this opportunity to develop responsibly designed uniforms for an institution so close to my heart has been an incredible honour," said Christopher Raeburn on designing the new uniforms.

Raeburn is said to have focused on iconic objects from the V&A's collection, such as a 1970s Spacehoppers and a 1870s rocking horse, to create the print for the new uniforms. The color palette of oranges and blues used in the uniforms is said to have been inspired by 'Raphael's The Miraculous Draught of Fishes,' currently on display at the V&A. All pieces included in the uniform feature iconic Raeburn design touches, such as parachute details. In addition, the designer's ethos of responsible design sees the uniforms made using recycled and organic materials.

"It’s been a record-breaking year at the V&A and our front of house staff are at the heart of our visitors’ experience day in day out. We are delighted to have worked with Christopher Raeburn on these brilliant, colorful, adaptable new uniforms," said Tristram Hunt, V&A Director. "They are an exciting development for our team and a reflection of the V&A’s contemporary style, as we look forward to another ambitious year of activity in South Kensington and around the country." 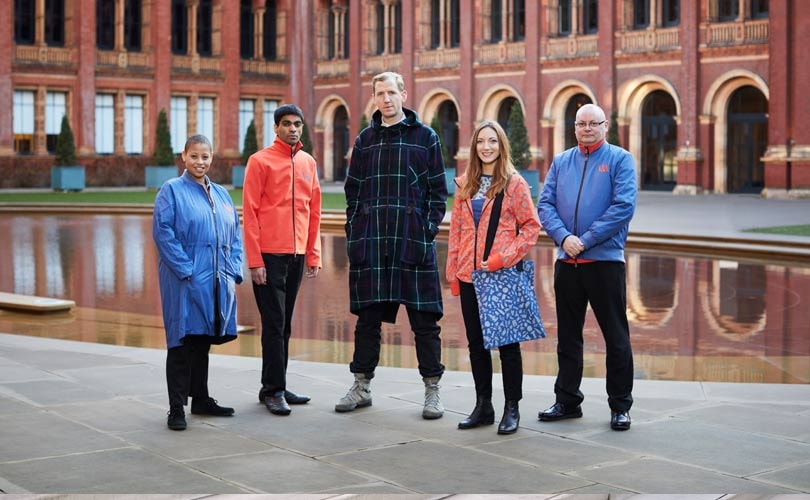 Staff were consulted throughout the design process to ensure they felt comfortable and requested something more brightly colored. The new uniforms are set to be introduced to members of staff at the V&A this week. Although staff members seemed to be impressed by the new uniforms, on social media the new design illicted quite an interesting response, with some questioning the source of inspiration and others searchign for the unity in the design.

My principle problem is that it's not a UNIform. "Uni" means "one". This is multiform.
And, if I visit the V & A and I want to talk to a member of staff, how does this help me? https://t.co/xz4GlmYG8B

Well this is hideousness in its entirety... it looks like what easyJet rejected... I’m afraid I think I’d rather quit than wear this!! #V&A #uniform https://t.co/LkjrVGlYsr

Oh dear. The V&A has unveiled the new uniforms it has designed for its staff. There is no nice way to say this - they are awful! Especially the tartan pyjamas in the middle! pic.twitter.com/xdXhgrVZp0