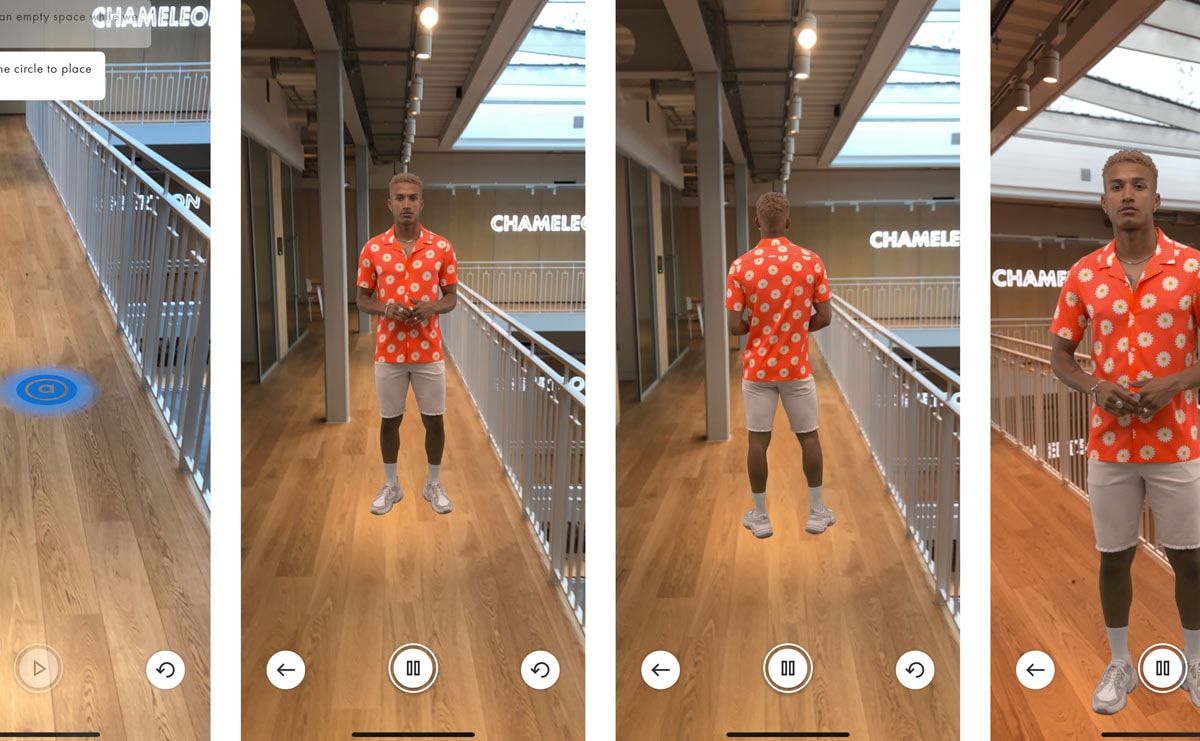 Technological advancements like augmented reality, virtual reality, 3D visualisation and 3D printing are increasingly applied in a creative way in the fashion industry. And they should be as consumers prefer trying on garments before buying them - online or offline. This is made easier by apps that have features enabling virtual try-ons, 3D animations and graphics that create virtual fitting rooms; the possibility for experimentation is limited only by the imagination. In order to reach out to tech-savvy consumers, brands are tapping into the online shopping trend with newer, social media friendly, easy-to-use apps on smartphones. FashionUnited has put together ten recent augmented reality features that could potentially revolutionise shopping habits in the near future.

French luxury brand Dior is using augmented reality for enabling consumers to try on sunglasses from the comfort of their own smartphones.
Dior uses AR function on Instagram to market sunglasses

US retailer Macy’s announced the introduction of an augmented reality tool in its beauty department and interactive fragrance displays to help shoppers discover products.
Macy's uses AR to make its stores "an amazing place to shop"

French luxury fashion brand Balmain has launched an app that allows consumers to go behind the scenes of the fashion house and enjoy augmented reality content and live streams of its runway show.
Balmain launches new app

Stay tuned for further updates on new technological innovations for online and offline shopping in the fashion world.