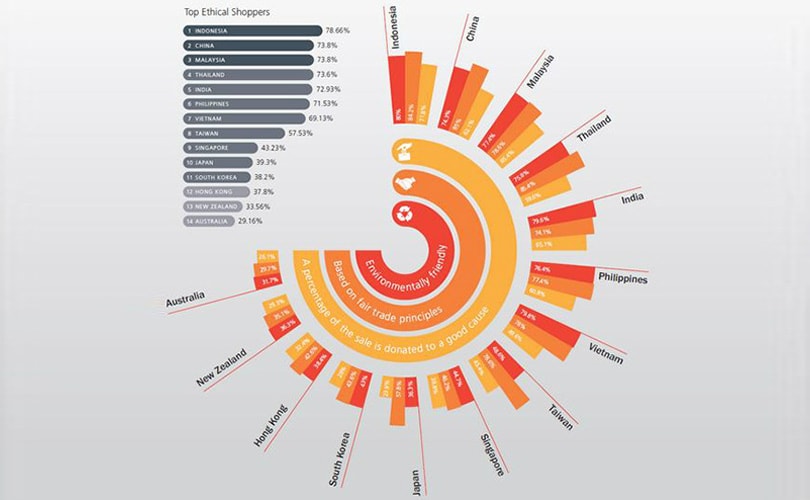 A new survey by MasterCard compares shopping behavior in emerging and developed markets in terms of social responsibility and found that the former seem to care more about whether a product is perceived as more socially responsible, is fair trade and from ethical merchants than their counterparts in developed markets.

More than 70 percent of consumers surveyed in Indonesia, China, Malaysia, Thailand, India and the Philippines said they considered whether a product is fair trade, environmentally friendly or a portion of its proceeds were donated to charity when shopping. Only 30 percent of consumers in Australia, 34 percent in New Zealand, 38 percent in Hong Kong and Korea and 39 percent in Japan considered these criteria according to MasterCard's Ethical Shopping Survey 2015, which was published last week and is based on interviews that took place between October and December 2014 with more than 7,000 people aged 18-64 in 14 markets.

The survey found that an average of 64 percent of shoppers across countries purchased products based on fair trade principles, 59 percent bought environmentally friendly products and 47 percent purchased products from companies that donated a portion of their sales to a good cause.

“People in emerging markets are increasingly concerned about the impact of rapid growth on the environment and society. It is not surprising that they are more likely to think of the supply chain and ethics of a merchant when deciding what to buy and where to shop,” said Georgette Tan, Group Head, Communications, Asia/Pacific. 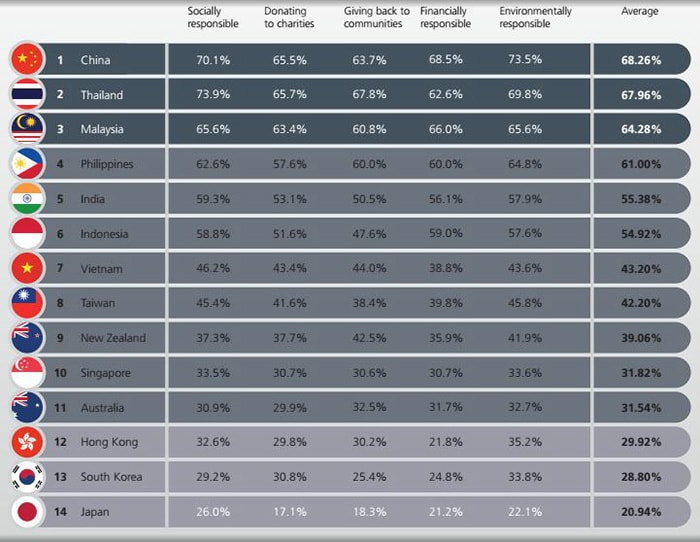 "This may be the key reason why consumers in emerging markets are more thoughtful when it comes to choosing products, brands and merchants that act ethically and are socially responsible. Another contributing factor could be that emerging markets are where a supply chain begins, so it is only natural for consumers in these countries to favor fair trade products and merchants that give back to local communities," said Tan.

The shoppers polled considered whether a merchant is environmentally responsible the most important ethical issue when choosing where to buy from (47 percent).

MasterCard used the findings for its 'Purchase with Purpose' initiative, which involves cardholders in the company’s efforts to give back to the community whenever they use their credit card. Among the causes are supporting women and education, giving the underprivileged a chance to learn a skill, championing further education, raising awareness of health issues, supporting environmental protection and others.