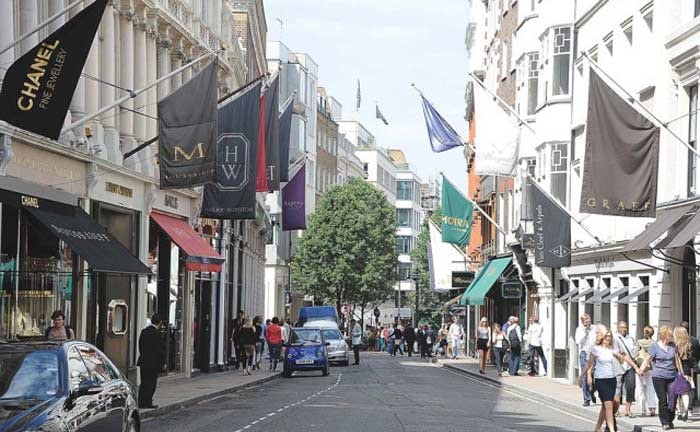 London’s West End has been ranked the top retail destination in Europe, according to a new study from the New West End Company, the industry group that represents retailers London’s Bond Street, Oxford Street and Regent Street.

The report, created in association with global retail estate service provider Savills, ranked London’s West End against main shopping destinations in other major global cities to determine its attractiveness from a visitor and a retailer perspective.

The findings of the 2016 Global Retail Destination Index found that although London’s West End, which is home to more than 600 domestic and international brands including Selfridges, John Lewis and J Crew, came top in Europe, it was second globally, with New York City, which topped the overall report.

The influx of international visitors has raised London’s West End attractiveness, according to the report, as 96 percent of retailers stated that they would recommend “London as a place to trade” with. Retail sales in the area are also forecast to increase by 27.8 percent to 11 billion pounds by 2020, thanks in part to the arrival of Crossrail, a new railway line that is slated to launch that year. It was reported that an additional 60 million people are forecast to come to London annually.

New West End Company, chief executive Jace Tyrell said: “The report demonstrates London’s West End’s positive impact on the local and national economy as well as on the property and retail market. Supported by the Property Owner Business Improvement District, I am confident that London’s West End will significantly grow over the next five years, securing its position as the top retail destination in Europe and in the top two in the world.”

In December, the company won its bid to become one of the first UK Property Owner Business Improvement Districts (BIDs) with 96 percent of the members’ votes in favour. This secures a 16 million pound investment plan to the area, which will be carried out in the next five years.