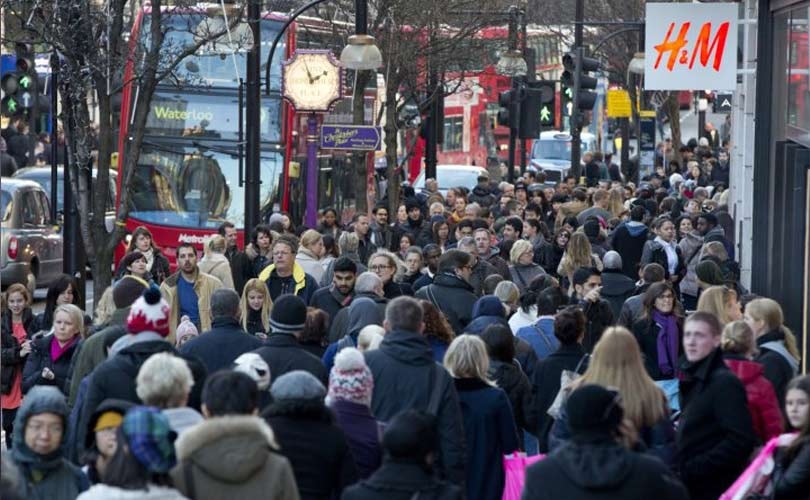 Footfall in March increased by 0.2 percent compared with the same month in 2014, an improvement on the 0.5 fall in February to make it the best footfall figures for a year.

Figures released by the British Retail Consortium and Springboard in their monthly footfall monitor show that high streets were the only location to report a decline, with footfall dropping by 1.4 percent.

Footfall in out-of-town locations fared the best with a 3.8 percent increase year-on-year, while shopping centres reported a 0.4 percent rise. However, the overall three month average saw a decline in footfall of 0.5 percent.

Helen Dickinson, British Retail Consortium director general, said: “Out-of-town locations led the way in March with its fifteenth straight month of footfall growth. This story was echoed in shopping centres which posted its largest rise in shopper numbers since January 2014.

“Considering that this is only the second time in the last two years that we have seen positive footfall growth in this category, retailers can view these results as promising. We can be very pleased overall with the month’s performance although it is important to note that these figures are largely driven by the timing of the Easter bank holiday.”

Diane Wehrle, retail insights director at Springboard, added: “Footfall across the UK increased by 0.2 percent in March, the first increase in a year and only the third increase in the last 20 months. A number of factors came into play which brought about this uplift – Easter occurred two weeks earlier than last year which meant that the two key trading days of Good Friday and Easter Saturday fell in the March trading period this year rather than in April.

“The ongoing and apparently accelerating attractiveness of retail parks to shoppers – in itself a result of a number of changes in both their format as many become more leisure oriented, and their role as key click and collect points for online transactions – and the move of shopping centres into positive footfall territory for the first time since January 2014.”

Five regions and countries reported footfall above the UK average, with the East, Scotland and the South West reporting the greatest increases.