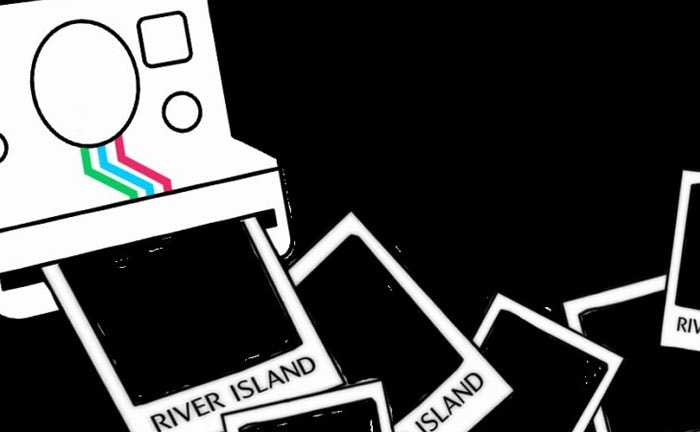 River Island teams up with Snapchat for new campaign

British high street retailer River Island has teamed up with Snapchat for its latest campaign, named "Snap & Share." A first for fashion retailers, the campaign sees River Island launch a number of custom branded filters, which can only being activated in-store.

The campaign, which is target at millennials in particular, allows Snapchat users the opportunity to used a number of bespoke geo-filters in River Island stores across the UK and Ireland. The branded filters, which can be applied to users stories, are said to highlight key brand and artistic messages River Island wishes to convey and will change throughout the season.

"Snap & Share" was officially launched on Wednesday in over 280 stores and is set to run for three months. In order to encourage customers to use the filters in store, River Island has launched a competition. Customers who use the filters and share the resulting images stand the chance of winning a 1,000 pound shopping spree and a digital camera. 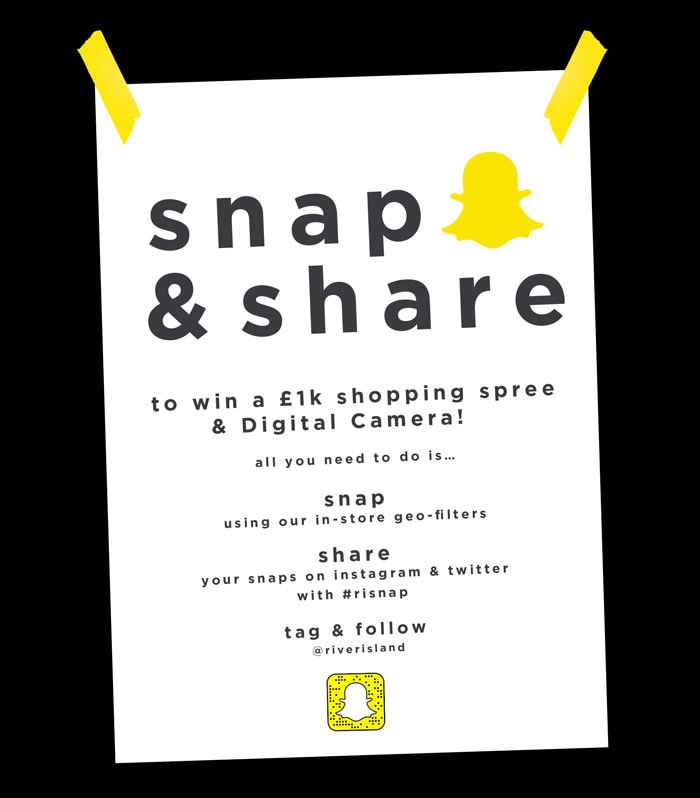 “When devising a plan for the launch of our new Autumn/Winter campaign, we wanted to explore new innovation and technology, seeking a fresh way for us to connect and engage with River Island customers. We decided to use Snapchat for its mass reach, popularity and ability to cut through to consumers with strong, creative content,” said Josie Roscop, River Island marketing director, in a statement.

River Island is not the first fashion brand to team up with Snapchat. Luxury fashion house Burberry previously teamed up with the social media channel to run its own Discover channel and to use its QR-style 'Snapcode' feature to offer shoppers access to exclusive content when in store.