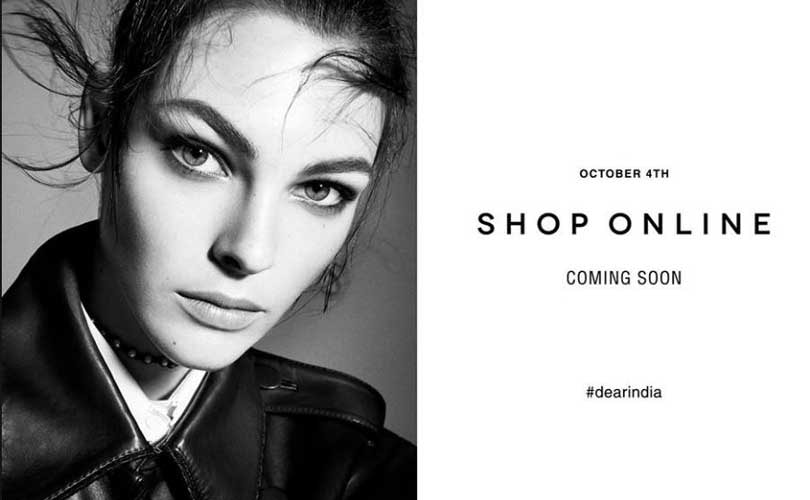 Spanish fast fashion brand Zara announced the opening of its own online shop in India on its Facebook page a few days ago. Finally, one should say, as the popular brand has been active in the country since 2010 and is doing good business. Though the brand is available online through third party providers like Amazon.in, the Spanish brand had so far not managed to open its own webshop.

This is about to change. “Dear India, our online shop is opening on October 4th” said the short but sweet note as the reaction of Zara's Indian fans showed - the post was liked by more than 6,000 people, shared already more than 500 times and elicited more than 2,000 comments. “Thank God! Better late than never. Was waiting all the while,” said Facebook user Ivan Basumatary. “Finally!!!! Can't believe it took you so long to go online, now I don't need to travel half a day to go to your store!!,” commented Chennai-based Ria Mukherjee, referring to the horrendous traffic conditions in most Indian metros that turn a trip to the store into a half-day outing.

Though Zara has been operating its own website at zara.com/in, so far, interested shoppers could only browse the collection and check prices as well as available sizes and colours but were not able to buy from the site itself, which has been a gripe with many Zara fans in India.

The online expansion may come just in time too as after Zara's instant retail success in 2010, seven years later, things are starting to slow down: sales as well as the expansion of brick-and-mortar stores due to a shortage of new shopping malls and thus high-quality retail spaces. Currently, there are 18 Zara stores in India.

“Plans are to open a few more Zara stores in India over the next three to four years in the major cities—the primary challenge to faster expansion is the availability of high-quality retail spaces which can be expected to generate reasonable sales throughput,” said Trent Ltd, Zara’s Indian joint venture partner, which is part of the Tata Group, in its annual report.

Though with 17 percent, there was still double-digit growth for Zara in the year that ended March 31, 2016 and revenues of around 131.7 million US dollars, it was still a decline by 7 percent compared to the previous year when growth of 24 percent was reported. Opening its own online store should give the Inditex daughter a boost at just the right time.