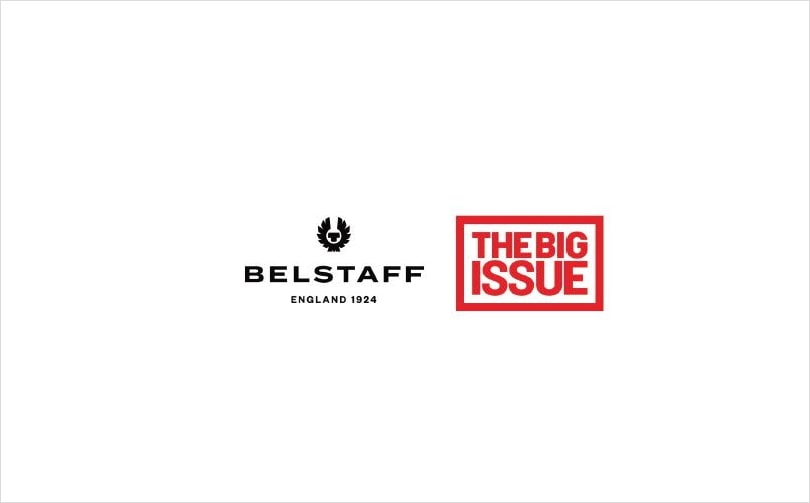 British heritage brand Belstaff will donate 10% of all full-price sales over the Black Friday weekend, from the 27th to the 30th of November. Proceeds will go to The Big Issue Foundation in the UK. This follows an earlier Spring promotion where Belstaff donated a jacket for every jacket sold online, during the first national lockdown. This winter, as conditions across the country worsen, instead of offering further discounts Belstaff wanted to continue to support the most vulnerable in our communities.

The Big Issue magazine began in 1991 as a response to the growing number of rough sleepers on the streets of London. Its aim was to offer people the opportunity to earn an income through selling the magazine. Since then, it’s grown, and the distinctive red tabard of its vendors can be found in cities across the UK. But it’s not just a magazine. Founded four years later in 1995, The Big Issue Foundation is an independently funded registered charity that works exclusively with Big Issue vendors, connecting them to the vital support they need to enable them to rebuild their lives and determine their own pathways to a better future. As little as £11 can make a difference to their work, paying for an hour’s one-to-one support to help Big Issue vendors access housing, finance, health and well-being.

During the first national lockdown Belstaff ran a Spring promotion in which the brand donated one jacket for every jacket sold. This October, thanks to those who bought at the start of the year, Belstaff were able to distribute 350 jackets to Big Issue vendors across the UK.

Belstaff also nominated the charity to receive its parent company’s Community Fund, with a donation of £10,000 made in June. The INEOS Community Fund was established by INEOS owners Sir Jim Ratcliffe, John Reece and Andy Currie in March 2020 as part of the company’s social response to the Covid-19 pandemic. The fund recognises that local charities and community organisations have a special role to play in reaching some of the most vulnerable people in our communities, developing trusted relationships and implementing practical support programmes. The fund has supported 159 vital organisations around INEOS sites and businesses to date, including homeless and domestic abuse shelters, food banks and mental health support.

The Community Fund was used to support Big Issue vendors affected by the Covid-19 crisis. Frontline teams provided emotional and financial assistance to combat social isolation and compensate for loss of income from magazine sales when Big Issue vendors were told to stop selling during the first lockdown. Belstaff teamed up with Big Issue vendor and photographer Carlos Gonzalez Perez to photograph just a few of London’s vendors receiving their Belstaff winter coats and to see how the fund is helping vendors. 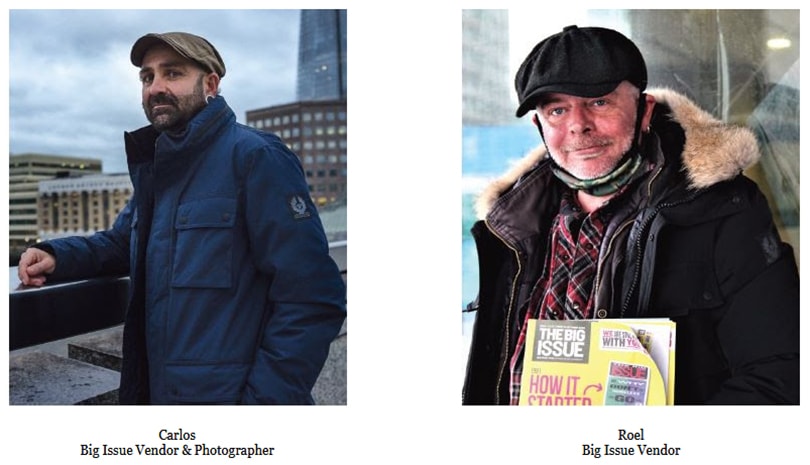 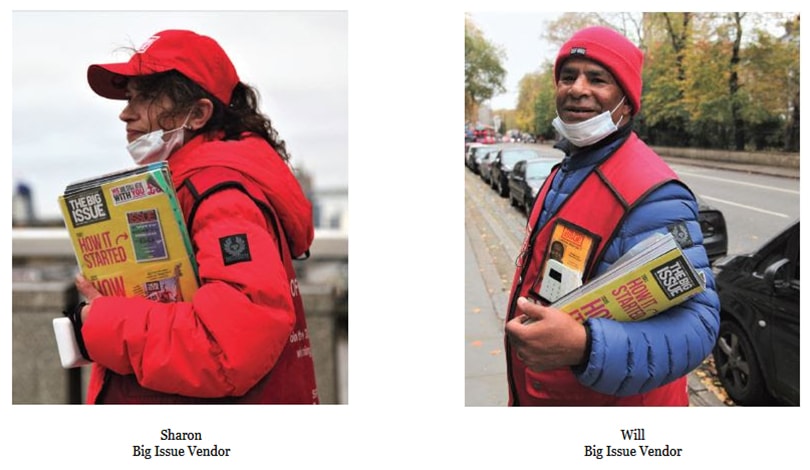