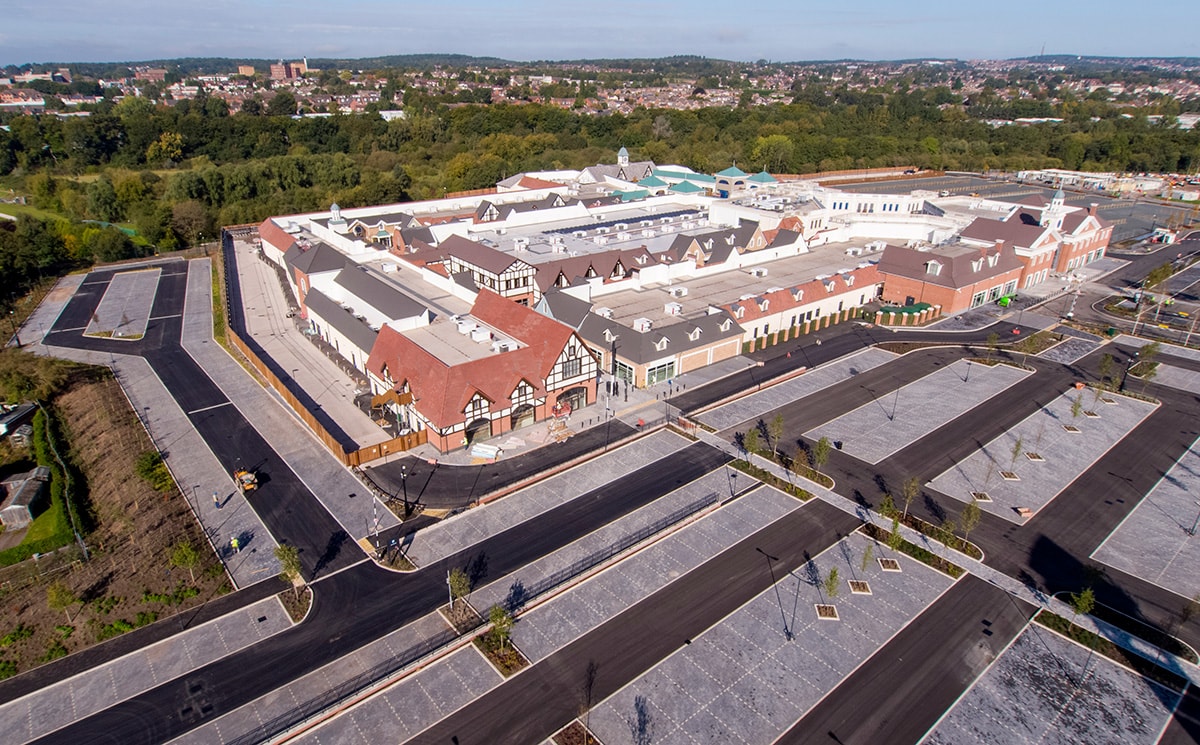 LONDON, OCTOBER 2020 – The first collection of premium brands has been unveiled for McArthurGlen Designer Outlet West Midlands, marking an exciting milestone in the £160 million development that will be the UK’s newest major fashion and leisure destination when it opens in early 2021.

Tommy Hilfiger, Guess, Calvin Klein, Ted Baker, Reiss and Kurt Geiger are among the first high-end designer labels to be revealed for the centre, with sportswear giant Adidas and French cookware brand Le Creuset joining the line-up of sought-after international names. Global coffeehouse Starbucks and Asian-inspired restaurant Wagamama are the first partners to be announced as part of the centre’s mix of food and beverage (F&B) brands.

The full collection of premium fashion, lifestyle and F&B stores will be announced later in the year once the final stages of construction near completion on the landmark shopping destination, which will span 285,000 sq. ft. over two phases.

“As with all McArthurGlen designer outlets around the world, our West Midlands centre will provide customers with the finest shopping experiences, bringing together the world’s most-loved brands to offer exceptional choice and value,” commented, Tom Miklausic, UK Leasing Director for McArthurGlen, adding: “Not only that, it also presents an exciting opportunity to continue growing our mutual business with our brand partners, with some six million shoppers living within an hour’s drive of the centre.” Located just 30-minutes from Birmingham, McArthurGlen Designer Outlet West Midlands will host up to 80 iconic brands offering year-round savings of up to 60% on opening, along with a children’s play area and bicycle parking. The centre will create 1,000 new retail jobs for the local community, supporting around £20 million of employment income each year.

McArthurGlen’s retail team is currently working with all confirmed brand partners to support them with recruitment ahead of opening. To help drive employment, the centre has partnered with Walsall College to launch a new training academy that connects local people to job opportunities with its brand partner stores.

Together with the project’s joint venture partners Aviva Investors, The Richardson Family and U+I, McArthurGlen committed £15 million to a highway improvements programme that has enhanced the nearby road network, along with a £1.5 million package to support local projects, including ongoing maintenance of the Mill Green Nature Park.

The new shopping destination will be McArthurGlen’s seventh UK location, joining its leading Designer Outlets in Ashford, Bridgend, Cheshire Oaks, East Midlands, Swindon and York, and will be the group’s 26th centre in Europe and Canada.

Since re-opening all its designer outlets following Covid-19 lockdowns, McArthurGlen continues to see encouraging levels of footfall and spend across its portfolio, with positive customer feedback on health and safety measures and strong demand from shoppers within local catchments.