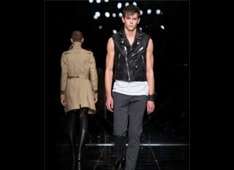 Christopher Bailey for Spring Summer 2011 was inspired by motorbike riders, showing leather pants, spiked studs on black leather vests and sandal boots. The collection, however, centered around the coat, which was beautifully deconstructed, trenched, or came in rock & roll military style variations. […] 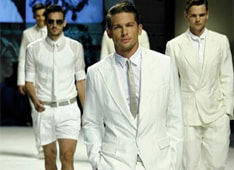 Dolce & Gabbana celebrated the 20th anniversary of their eponymous menswear label during Milan mens fashion week. The duo hosted a bash and retrospective exhibition in Milan's City Hall. Outside, four massive multi-media cubes featured slide shows of the menswear line and the city, as well as […] John Galliano opened his show with an homage to Charlie Chapline. The romantic lead from the silent film era was a poster boy for a series tramp-chic looks. The silhouette focused on a mix of oversized and undersized, Galliano opened with a passage dedicated to Chaplin's style, reworking proportion […]

Sunglasses are the status accessory that stands for luxury and mystery. They protect the private gaze as well as frame an image of chic, anytime and anywhere. Fashion designer John Galliano took his inspiration for his Eyewear 2010 collection from everywhere: movie stars to makeup, runways to the red […]