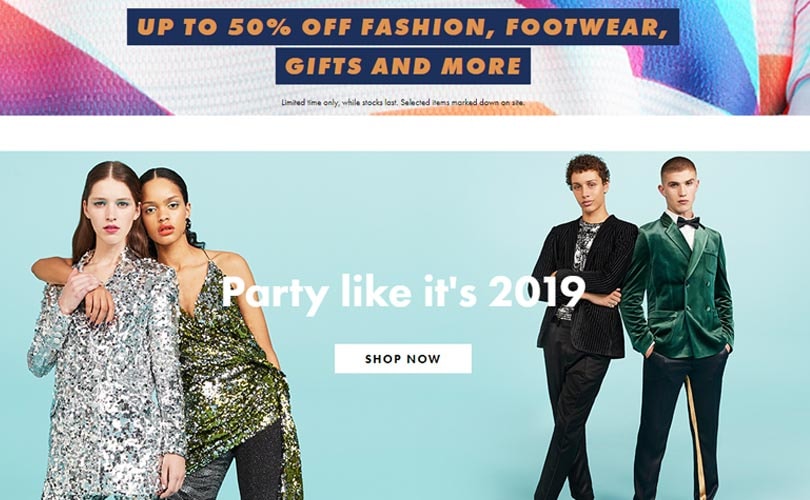 Why Asos’ profit warning has set the fashion industry trembling

New York – Last Monday’s warning from Asos Plc., unanimously seen by both the industry and the market as better placed than most fashion peers to weather shopper fatigue, has raised a number of concerns about weakening consumer strength globally.

On December 17, Asos issued an unexpected profit warning after a poor November. The fashion company explained big price cuts across the market had forced it to bolster its promotions to win customers after a dire month of trading. As a result, the fashion company’s stock lost 37.5 percent - to 26.14 pounds per share, the lowest since September 2015. It wiped more than 1.3 billion pounds off the firm’s market value.

Meanwhile, online fashion peer Boohoo tumbled almost 20 percent and found itself forced to issue a statement saying that trading remained strong. Next and Marks & Spencer were also affected, with shares falling by 2.5 percent and 4 percent respectively.

On the back of the warning, analysts at Cantor Fitzgerald and Jefferies downgraded full-year profit expectations for Asos by 55 percent on Tuesday, noting tough trading conditions in France, Germany, Australia and the UK.

Caroline Gulliver, an equity research analyst at Jefferies, said the online fashion retailer had underestimated the scale of discounting that would be required to be competitive on Black Friday. “We are disappointed that Asos, with all its rich customer data, was not able to plan and execute a better Black Friday,” she said.

The unexpected profit warning from Asos came after similar warnings from Bonmarché and Superdry last week. Likewise, Sports Direct’s owner and retail mogul Mike Ashley said the high street risked being “smashed to pieces” by dismal trading in the run-up to Christmas.

This has left investors worried whether recent profit warnings, which have spread to online players such as British online store Asos from bricks-and-mortar retailers, may be a taste of the future. A future that rapidly travels globally: Asos-signalled slowdown in global consumer confidence threatens to overshadow the holiday shopping season in the United States.

Super Saturday, the last before Christmas and the biggest shopping day of the U.S. holiday season, is expected to bring in more than 26 billion dollars in revenue, retail consultancy Customer Growth Partners (CGP) said, up from 24.5 billion dollars a year ago, published Yahoo Finance.

Deteriorating consumer confidence and heavy discounting to stay over next months

"Many people are worried that this is as good as it gets, when it comes to spending and consumer confidence," Shawn Kravetz, Esplanade Capital LLC's chief investment officer, said.

It’s worth recalling that a global index of retailers (TRXFLDGLPUY4) has fallen by more than 17 percent in the past three months. Fashion chains ranging from more affordable Primark and OVS to Superdry, have all warned of weak sales in the crucial run-up to Christmas. Even Inditex, which has resisted discounting, reported worse-than-expected sales.

“We have seen in fashion an unprecedented amount of discounting, certainly not something I’ve seen before, and that’s been across the board,” Asos’ CEO Nick Beighton told analysts. “Whether this is a high street or an online issue isn’t relevant right now; what is, is the underlying fragility of the customer,” Beighton added.

Of a similar opinion is Samantha Dover, senior retail analyst at market research firm Mintel, who highlighted in a note to market how: “Discounting has been building for a number of years and has gone hand-in-hand with the rise of online.”