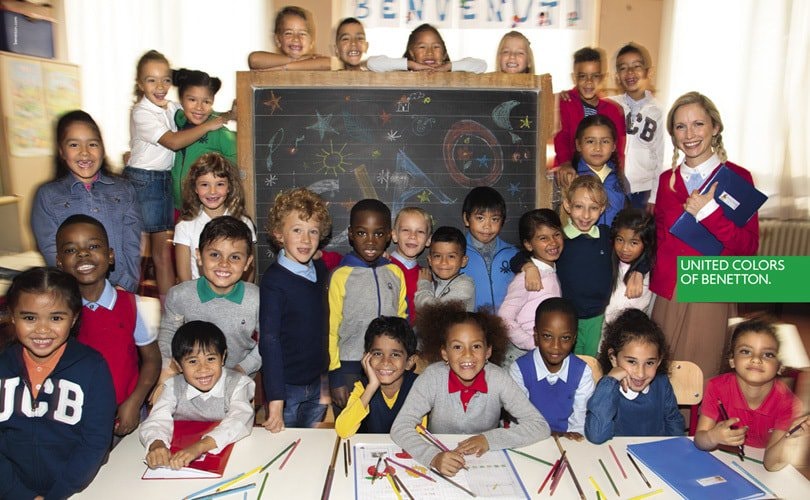 London - United Colors of Benetton has never been shy about integrating political and social issues in its advertising campaigns. While some fashion brands chose not to mix politics and fashion, the Italian fashion brand has carved out a name for itself thanks to its racy and provocative campaigns, which openly tackle subjects such as racism, sexism, poverty, and environmentalism. Now the iconic photographer behind some of United Colors of Benetton most iconic campaigns, Oliviero Toscani, has returned to the brand for its latest campaign.

The new Benetton campaign shot by Toscani renews a recurrent theme - integration - one which the brand stand firmly behind. The campaign depicts a racially diverse Italian classroom of twenty-eight children from thirteen different nationalities from four continents, smiling and learning together. In one photograph, ten children, from countries such as the Philippines, Italy, and Senegal, all gathered around their teacher who is reading to them and smiling because ‘they have a future.’ 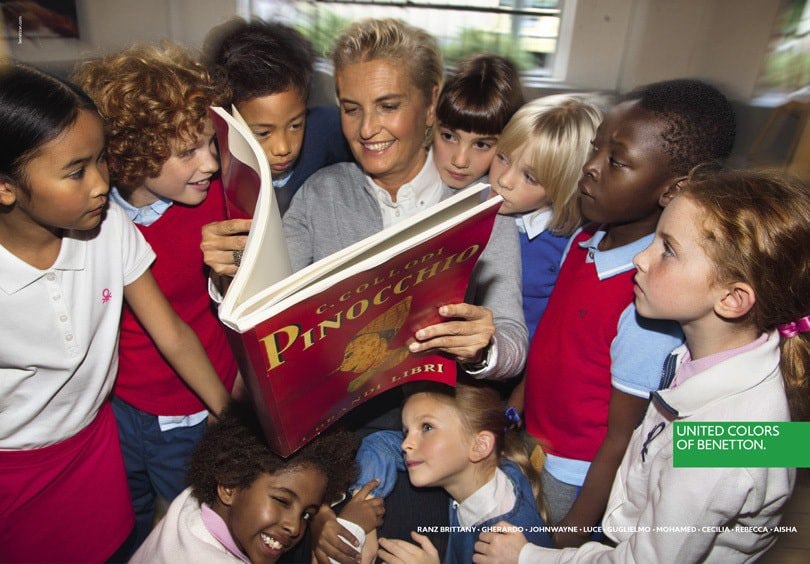 “Integration is a major issue in our world today,” says Toscani. “The future will hang on how, and to what extent, we use our intelligence to integrate with others and to overcome fear.” In the current divided socio-political climate, the Italian fashion brand aims to start a discussion surrounding integration and diversity in society. The new campaign launch, which starts with the release of two images on December 1, marks the start of a much larger project on the subject of integration. Toscani is set to work on the project at Fabrica, Benetton Group’s communication research centre.

The current social and political issues within society are part of the reason Toscani decided to join forces with Benetton once more, after nearly two decades. “It’s the reason I’m back here,” said Toscani in an interview with BoF. “More than ever, there are problems in the world and this is what interests me. I think it’s now time for brands to get smarter. I don’t think they should go to agencies, because they won’t produce anything new. They should be free from market research, think about modern society and do something that hasn’t be done.”

The new campaign launch comes as Luciano Benetton , one of the founders of the fashion brand, announced his return to the company to help turn the company around. The first stages of Benetton’s revival are linked to the campaign. Toscani will also be involved with reimagining the overall image of the United Colors of Benetton brand, starting with a product campaign set to launch in February 2018. “We will make this picture to make a statement and then the next step is to [improve] the product, the shops and the lighting in the shops to bring back the magic of Benetton," added Toscani.

"It’s not a luxurious brand, but it embraces everybody.”