China, the garment king: a portrait

With almost 255 billion US dollars in exports in 2012, China is the undisputed textile and garment export champion of the world. According to the China Chamber of Commerce for Import and Export of Textile and Apparel (CCCT), the lion’s share

of 44.8 percent goes to the Asian countries, followed by Europe with 23.3 percent and North America with 16.8 percent. This is part 1 of FashionUnited's new 5-part series on the world's top garment exporters. Each country portrait discusses the make-up of the respective garment industry and the challenges and opportunities it poses for anyone doing business there.


The makeup of China’s 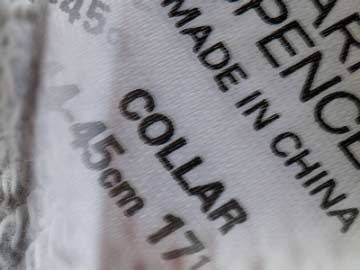 With more than 100,000 manufacturers, China's garment industry is huge and employs over 10 million people. In 2012, China made 43.6 billion pieces of garments with an export value of 153.219 billion US dollars. Geographically, the industry is mainly located in the south east in the garment clusters around the Pearl River Delta, Yangtze River Delta, the Bohai Sea region and the southeastern coastal areas. Though there are altogether 50 garment clusters throughout China, it is the total output of the five provinces Shandong, Jiangsu, Zhejiang, Fujian and Guangdong in the eastern coastal area that make up 70 percent of China's total garment output.

According to the China National Garment Association (CNGA), “China's garment industry has gained an advantage in making garment products of all kinds of categories in a fast and timely manner, which secures its front ranking in the world market in terms of capacity and quality.” The focus has so far been more on the copying of designs but this is slowly changing with manufacturers and domestic brands investing in original creations.

Though China is the number one in terms of textile and garment exports in the world, its situation is very different from a country like Bangladesh for example in terms when it comes to the industry’s overall importance. While in Bangladesh, it is the main and most important industry (at 85.9 percent of all exports), in China it is one of many of the country's major industries like mining, iron and steel, aluminium, coal, petroleum, machinery, armaments, cement, fertilizers, food processing, automobiles and many others. Anyone investing, manufacturing or sourcing in the country should keep this in mind.


Worker safety and wages: much to be desired

In view of frequent accidents in Chinese factories in most industries, China is not known for ideal working conditions. "Throughout China's modern economic development, there has really been very little consideration for the rights and interests of the workers," confirmed Li Qiang, executive director of New York-based China Labor Watch.

But there is hope especially for textile and garment workers in terms of wages: According to the “Global Wage Trends for Apparel Workers 2001-2011” report, “only in China were workers on track to close the gap between their prevailing wages and a living wage within the current decade“. But though wages have increased by 124 percent in the last ten years, the figure may sound impressive but really only indicates how low wages were to begin with. Sadly, wages for garment workers in China still make up only 36 percent of a living wage, i.e. one that can adequately house, feed and clothe a garment worker and her/his family.

In terms of forced labor, child labor and prison labor in the garment and textile industry, reports do crop up in fairly regular intervals about such incidents (see e.g. the FashionUnited article from Nov. 5, 2012 “Takko produced in Chinese prisons” (in German)). However, for various reasons, it has not been possible to obtain reliable data for China. For once, the country's repressive political system does not provide any official figures; secondly, often there are no Chinese NGOs and/or foreign NGOs may not have access. Thus, it is difficult to even assess how diligently the Chinese government enforces certain labor laws or prosecutes their violations.


Changes on the environmental front

When it comes to the environmental pollution caused by the textile and garment industry, China acknowledged so-called 'cancer villages' for the first time in February of this year and unveiled a breakthrough chemical plan that blacklists 58 chemicals and targets an elimination chemical list by 2015. The five-year-plan highlights the risks posed by toxic chemicals to the country's environment and people's health and has listed seven industries for “priority pollution prevention control”, among them the textile industry.

“China has been the world’s largest chemical producer since 2010. The Plan indicates that the massive pollution found across the country, caused by large-scale chemical production and the release of hazardous chemicals, urgently needs to be tackled,” said Yixiu Wu, Toxic Campaigner for Greenpeace East Asia based in Beijing. 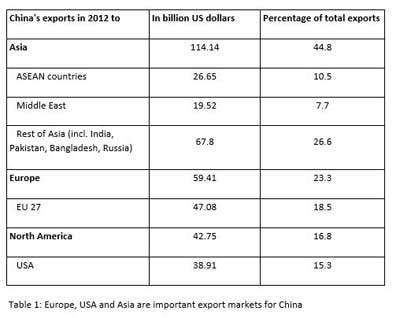 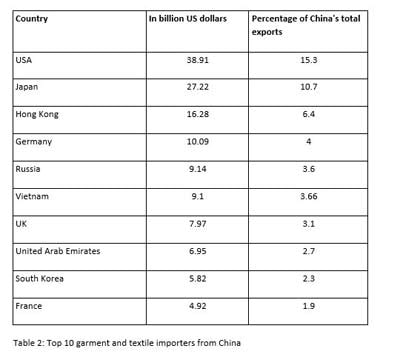 Though China has a nine-year compulsory education law, introduced in 1986, today it remains a goal rather than a reality to provide each child with at least nine years of schooling, especially in economically or geographically backward areas of the country where parents are forced to take children out of school earlier due to a lack of funds. After ninth standard, high school or vocational school begins but neither is compulsory.

Though English is theoretically taught early on in schools (from age 10 onward), with the emphasize on reading and writing and that too mainly to clear the required tests, the level of spoken English remains a challenge, especially because it is not regarded as a useful means of communication in China, where the main language remains Mandarin.


Proud to make in China

In summary, here's the experience of UK-luxury babywear fashion label Bonnie Baby founded in 2005. All baby and children’s clothes are designed in Britain and manufactured in China – in safe factories under good conditions. “We make in China, and have always done so, and are proud to do so as we have got to know our factories well,” said founder Tracey Samuel in an email to FashionUnited. Knowing your business partners and suppliers is key as this can establish quickly if they simply pretend to care about worker safety and production standards to get an order or if they really adhere to legal requirements. “China has set in place good minimum wage and health and safety laws that have quite rightly forced up the prices, (recent minimum wage increases of 25 percent). I now have the satisfaction of knowing all my garments are made in a good factory with good working conditions and each worker is paid a fair working wage,” adds Samuel.

Stay tuned for our next installment of the series and as always, please send your comments, questions or suggestions to news@fashionunited.com.