The next new innovation in the fashion industry is undoubtedly wearable technology. And its not just the sportswear giants like Nike and Adidas who are keen to bring new products to consumers but also tech companies themselves, like Apple, Intel and Google, or online conglomerates like Amazon

or Net-a-porter, or brands like Fossil and Under Armour.

While there is no known measurement for potential growth or how consumers will react, many are anticipating and preparing for dramatic growth. 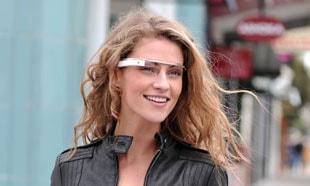 The size of the market is difficult to quantify, however Credit Suisse IT Hardware analyst Kulbinder Garcha predicted that the market for wearable technology will increase tenfold to as much as 50 billion dollars over the next three to five years, reports WWD.

Wearable tech will go beyond fitness and sports

“Our thinking on wearables is that they should absolutely go much beyond the fitness and sports focus they have,” said Aysegul Ildeniz, vice president and general manager of Intel’s New Devices Group. “It requires an understanding of why people would use wearables. It has to have a meaningful usage, connect them to their environment and be aesthetically pleasing. Consumers don’t want something that looks ugly and techy and plastic-y.”

Previous attempts at producing wearable technology have proved unfashionable. Items were awkward, heavy and more tech looking than fashionable. Nike made some headway with a major rollout of its FuelBand fitness tracker, but was reported to have scaled back the team devoted to the product.

“There will be 50 billion intelligent things in the world by 2020,” predicted Ildeniz. “In addition to items you wear, all the things in your house and office could be turned into intelligent products that talk to you.”

In the US, Intel has formed a partnership with Opening Ceremony and Barneys New York. Opening Ceremony is designing smart fashion items, including a smart bracelet, which will be sold at Barneys by the end of the year. To help scale up the wearable world, Intel is connecting more than 400 designers who are members of the Council of Fashion Designers of America with a broad ecosystem of hardware and software developers that Intel has cultivated.