ANALYSIS_ Nanjing Xinjiekou Department Store Co., Ltd. a Chinese chain of department stores, has completed the acquisition of House of Fraser. The Sanpower Group´s subsidiary has bought the British retailer for circa 480 million pounds. The operation was sealed at a price

approximately 30 million pounds over the initially reported price, with Nanjing Cenbest being advised by Bank of America Merrill Lynch and House of Fraser by Reorient Group. 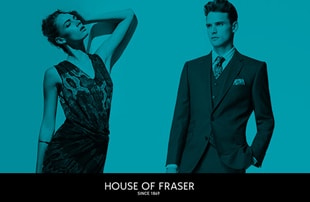 The announcement completes a deal which started back in April, when Nanjing Cenbest signed a definitive agreement to acquire approximately 89 percent of Highland Group Holdings Ltd, the holding company of House of Fraser.

Although Nanjing Cenbest offered to acquire this stake on the same terms as the acquisition, it seems that Ashley will be holding on to the shares as “a strategic investment”. It is worthy a note that back in April, Sir Tom Hunter sold his 11 percent stake to Mike Ashley on the grounds that “Sports Direct offered us a certainty of cash now”, reported ‘The Telegraph’.

The same journal also highlighted that a legal row originally broke out about whether Sir Tom had defied rules requiring him to offer shares to other shareholders first and whether Sanpower could force Sports Direct to sell the shares back to them.

Don McCarthy, Retiring Chairman of House of Fraser said, “The acquisition by Nanjing Cenbest will move House of Fraser to the next stage of its development as a leading international, multi-channel retail group with a premium fashion offering”.

British fashion: a bridge into China

According to the most recent period figures available, the flow of investment from China to the UK in 2012 was estimated at 1.63 billion pounds, up 95 percent on a year-on-year basis.

Fashion industry has turned into the perfect investment vehicle, with the likes of Topshop and Miss Selfridge setting foot on the world's largest consumers' market earlier this summer. Meanwhile, quintessentially British fashion labels – with House of Fraser as the most recent example – and numerous Savile Row tailoring houses, are receiving ever growing backing and financial support from Chinese investors.

In this regard, Yuan Yafei, Chairman of Sanpower Group, celebrated the deal saying that “It is the largest acquisition of a foreign retailer by a Chinese listed company. We are excited to tap the significant opportunities that House of Fraser has in China, where the brand has very strong growth potential.”

John King, CEO at House of Fraser added that “House of Fraser is starting a new and exciting chapter under new ownership, with shareholders who have plans to support the next exciting phase in the development of the business.”

Despite changes not happening overnight, Yafei has advanced his plans to tap on the British retailer´s opportunities in China. "We are excited to tap the significant opportunities that House of Fraser has in China, where the brand has very strong growth potential. We are looking forward to bringing international brands to China through House of Fraser, providing Chinese consumers with premium fashion products. We are extremely confident House of Fraser will become a leading global department store and will serve as a bridge for premium brands between China and Europe.”