founded in 1985 and Karpathios owns a 14.8 percent stake in SuperGroup. 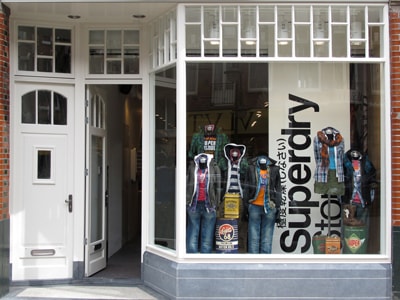 SuperGroup chairman Peter Bamford said: “Theo, as one of the founders of SuperGroup, can take significant credit for building the company into the international brand it is today and the board would like to thank him for his contribution to the development of SuperGroup on the international stage. We are sorry that Theo has decided to stand down from the board and we wish him well in his future endeavours.”

Karpathios said: “I would like to take this opportunity to pay tribute to my dedicated team who over the last eight years have supported my work building Superdry into an international brand. I want to wish the group good fortune for the future as I move forward to take on new challenges.”

He added: “As a co-founder of the business, I will always take a close interest in SuperGroup and I look forward to its continued growth and success.” In July SuperGroup announced that underlying pre-tax profits had dropped 14.7 percent in the year to April 29, to 42.8 million Pounds.

SuperGroup was founded in 1985 and has since been developed to design and sell a wide range of premium men’s and women’s clothing under its flagship brand, Superdry.